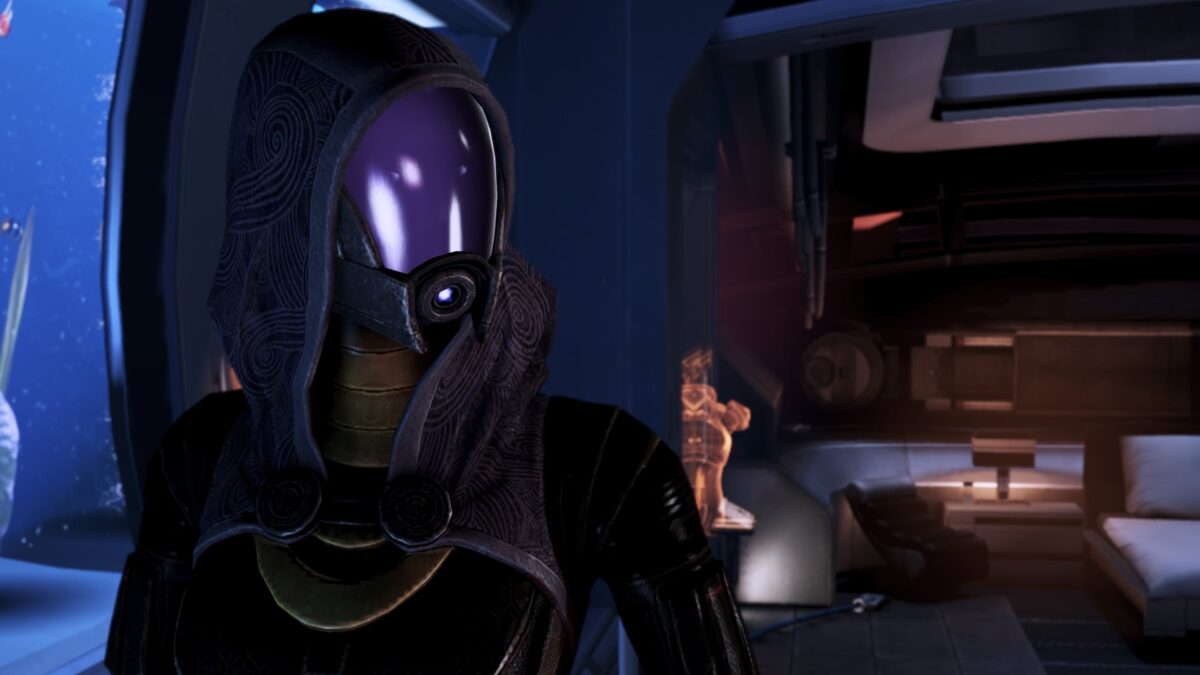 Mass Effect Legendary Edition is out now and fans are starting to find all of the little changes that this remastered collection brings. These include obvious improvements like updated visuals, to less advertised adjustments like reduced sniper rifle sway in Mass Effect 1. With that said, one of the biggest changes has to do with Tali and the photo of her that appears in her romance storyline.

Don’t read any further unless you want to see some major spoilers for Tali’s romance plotline. If you’d rather take your time and enjoy it for yourself, it’s better to just leave now before much of the mystery involving her character gets ruined for you here.

Bioware came under fire when Mass Effect 3 originally launched because of the photo above. Players who saw Tali’s romance through to the end were rewarded by being able to see Tali’s face, which had been covered up throughout the entire trilogy. However, fans soon figured out that the photo in question was simply a photoshopped version of a stock photo.

Many of the improvements and changes made for the collection were put on display in trailers and teasers, but this one remained a secret until Maxgoods recently posted a completely redone photo of Tali on Reddit. Here’s what Tali is looking like these days, after Bioware addressed that photoshop job from years ago with Mass Effect Legendary Edition:

So, of course, players were pretty shocked to see the post, and the comment count is climbing as we speak as they all share their reactions. The picture now shows Tali as an in-game model with a more believable appearance. Less of her face is shown, but it’s just enough to dispel a good chunk of the mystery.

If you’re still looking for some more Mass Effect content, you’ll find related articles below that contain more of our coverage. We also have a guide wiki full of useful tips, tricks, and other general info for the Legendary Edition if you’re in need of some pointers.