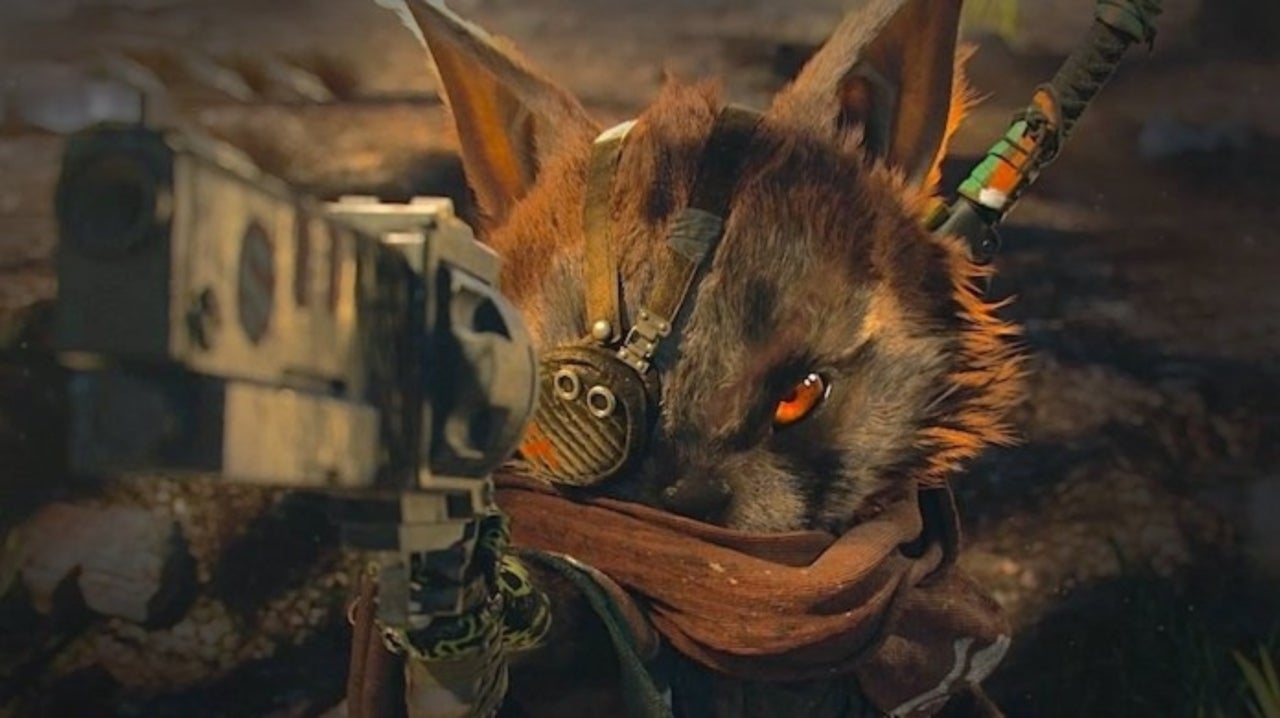 Spend Time Creating the Perfect Character for You

First things first, you’ll need to create your character in Biomutant. This isn’t a case of just deciding how they look. You’ll have to pick their Breed, Mutations, Class on top of their fur colors and pattern. It’s quite in-depth and gives you a ton of control over your cuddly creature’s build.

Will you opt for the Fip breed with boosted Ki to help deliver more powerful Psi-powers and abilities, or will you opt for Dumdon which is an all-out melee build? The option is completely yours, but it doesn’t stop there. The Class options allow you to finetune this even further with the type of weapons your character will be most proficient at.

Once you’ve wrapped up the more technical details, you’re free to pick your fur colors and patterns to truly make the protagonist your own. How’s yours looking?

Once you’ve created your character you’ll then need to get through Bunker 101. This is essentially the tutorial section of the game which will teach you the ins and outs of combat, the various points you’ll want to rack up to upgrade your character, and other mechanics that’ll come in clutch during your adventure.

Get this out the way nice and quickly so you can dive into the real meat of your quest to save the Tree of Life.

Decide Whether to be Good, Evil… or a Bit of Both

During this Bunker 101 section, you’ll have your first run-in with Biomutant’s Aura system. This is essentially the game’s morality system, and choosing to help NPCs and generally replying in a positive manner in conversations will result in your earning Light Aura. Not helping NPCs, and being a bit selfish will have you earn Dark points.

The good news is that this isn’t a cut and dry, good or evil system. You can rack up the maximum amount of points in both Auras if you wish — and you’ll need to do this to unlock specific Psi-Powers.

Still, we like to lean more in one direction with these systems, so went all-out good to begin with before experimenting with our dark side.

What you decide to do here will also play a part in determining which of the game’s tribes you’ll best align with, but more on that later.

Uncover More of the Map

Now that you’ve escaped Bunker 101, you’ll be able to appreciate the sheer scale of the map in Biomutant. It’s a big ol’ map, but you won’t be able to see much of it at the very beginning thanks to a Fog of War covering it.

To help uncover more of the map, you’ll need to interact with every Signpost you see in the game. This will see your character take a pee on it (how pleasant… but also fitting), before opening your map and clearing the fog surrounding it.

It’ll take a while — and a lot of Signposts — until you’ve cleared the whole map, but if you clear these as you’re going, you’re sure to find plenty of interesting things to distract you from your main quest.

Side with a Tribe

One of the first choices you’ll need to make following your escape from Bunker 101 will be deciding which tribe to side with. To begin with, you’ll have two choices, the do-gooder Myriad tribe, and the pure evil Jagni tribe.

Depending on whether you’re wanting to embrace your light or dark side, the choice should be relatively straightforward at this point, so set your waypoint to visit the tribe and speak with their leader called the Sifu. This then tasks you with capturing the other tribe’s control points across the map to reclaim the territory for your chosen side.

If you feel like neither tribe is really resonating with you, don’t worry. You’ll come across other tribes as you progress through the game that you may find feel like a better fit for your furry friend.

Play Around with Photo Mode

Sometimes it’s nice to take a break from all the shooting and slashing of baddies to just enjoy the picturesque world of Biomutant: the stunning sunsets, the vibrant colors of flora and fauna, and neat lighting and shadow effects that bring it all together.

How better to appreciate it all than by playing around with Biomutant’s photo mode. By pressing L3 and R3 (or accessing it from the pause menu), you can freely move the camera around, adjust the depth of field, change the angle of the camera, zoom in and out, and hide the UI so you can capture some sweet pictures like the one above.

Unfortunately, the photo mode does feel a little barebones in comparison to those found in some other recent AAA titles, but the game’s vibrant color palette means you can still take some great shots.

Learn the Importance of Parrying Attacks

With both melee and ranged weapons at your disposal, it can be easy to fall into the trap of button mashing your way through Biomutant’s combat. And to some extent, this is still fairly effective.

However, when you get later into the game and you’re taking on multiple enemies at once, taking your time to execute combos and parry incoming attacks will make things far easier for you.

When an enemy has little lightning bolt icons above their head, this indicates they’re about to attack. At this point, press LB/ L1 to parry the attack. If you time this perfectly, they’ll be stunned — indicated with stars above their head — allowing you to get a bunch of free hits in.

You can also press LB/ L1 again when they’re stunned to knock them into the air, allowing you to unleash a flurry of melee and ranged attacks, without being hit by other enemies on the ground.

Not only have we found this deals far more damage than simply button mashing our way to victory, but it’s also quite satisfying to watch it all play out.

Get Yourself a Mount

As we mentioned above, the world of Biomutant is pretty massive, and going to the extremities of each root of the Tree of Life can take some serious time on foot. That’s why you’ll want to get yourself a mount as soon as possible to save you a bunch of time when traveling around the world.

You’ll encounter your first mount naturally as you make your way through the game and you’ll need to get the fruit from the Pip Plant nearby in order to tame it and ride around on it.

After that, you’ll occasionally notice ‘The Meat Eater’ from the tutorial pop-up around the world, trying to attack a different kind of creature. Fend off the foe and you’ll then be able to tame the new mount. We’re particularly pleased with this towering black mountain goat we obtained. It has red eyes!

After you’ve sided with a tribe and Biomutant begins to open up properly, take some time to just venture off the beaten path.

There’s an absolute ton of random items, hidden collectibles, and random objects you can interact with that’ll kickstart a side quest that could lead to some ‘Superb’ loot. The side quests are often enjoyable enough and serve as a nice distraction from the main quest, which can be cleared relatively quickly if you don’t take the time to stop and smell those interesting-looking objects in the distance.

All of this lends Biomutant a slight Breath of the Wild feel, and we’d highly recommend taking your time to explore the world to really get the most out of the game.

You’re going to need a lot of Green during your adventure in Biomutant. This is the currency of the world, and it grows on these orange-leaved loop-shaped plants. Simply dash through the middle of one — either on foot or on your mount — and you’ll get a random amount of Green (often between 250-350).

Green is needed to buy items from Vendors and given there are plenty of crafting parts to help you make more powerful and crazy weapons, we’d highly recommend grabbing as much of the stuff as you can. You can also get Green from selling any items you’re no longer using to Vendors, but finding these Greenleaf plants is your best bet to accumulate it quickly.