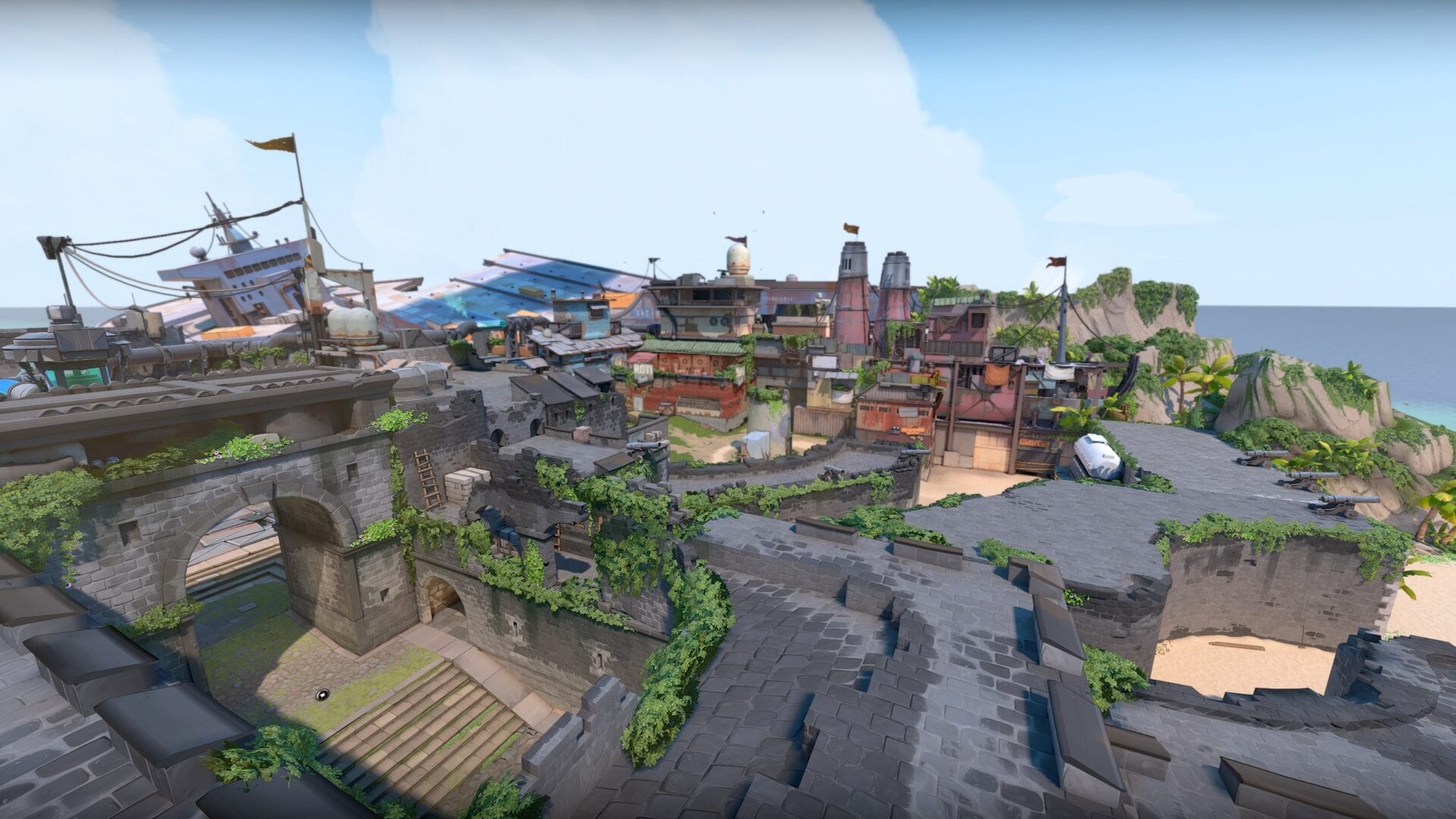 It’s an exciting day for Valorant players as Riot Games has unveiled a new map called Breeze, which is set to launch in tandem with Act III of the game’s second episode. It’s only the second to join the rotation since its launch last year after icebox, making now for six in total. And for its latest effort, Riot has created a map that is polar opposite to its predecessor, both in aesthetic and design.

Breeze’s tropical theme won’t come as much of a surprise to fans who have been keeping their ears to the ground; Riot has teased the setting a number of times via social media channels, and there are even in-game brochures touting an exotic holiday destination that eagle-eyed observers might have noticed.

Lead artist Devon Fay spoke about the inspiration behind Breeze’s design in a press release sent to Twinfinite:

“Breeze was heavily inspired by islands in the Caribbean. We loved the old forts and tropical beaches. After the cold, angular world of Icebox, we were really excited for the open, bright, colorful world of Breeze.

The setting also let us tell a story of modern piracy in a history-rich location. What if Kingdom lost control of its Radianite stores and technology? What would the people who took it do with it?”

A Big Change in Map Design

More than just a marked difference in style when compared to Valorant’s other maps, Breeze’s wide-open layout is a big takeaway. Up until now, Valorant’s previous maps have put a focus on tight chokepoints and close-quarters engagements. Breeze has been built around a very different philosophy — one that is defined by wide open spaces to cater for long-range engagements, and a large scale that puts a premium on territory control.

When asked what were the main goals when designing Breeze, senior game designer Sal Garozzo explains:

“One of the main goals we had when developing Breeze was building larger and more open spaces with longer sightlines than the other maps in the pool. This provides an opportunity for different weapons and Agents to shine. Each map should provide different strengths and weaknesses for the Agents in the roster to explore while supporting different types of strategies and team compositions.”

So, what does Breeze look like from every angle, then? Well, here’s your first detailed overview of the map across 20 images that cover its overall layout and two bomb sites:

Here’s a look at Breeze in action following a trailer reveal by Riot today:

For more on Valorant while you wait for Act III and Breeze to launch, why not check out Twinfinite’s recent feature about why Riot shouldn’t rush into a pick/ban system. We’ve also just ranked our top 10 picks for the best skin bundles in Valorant.