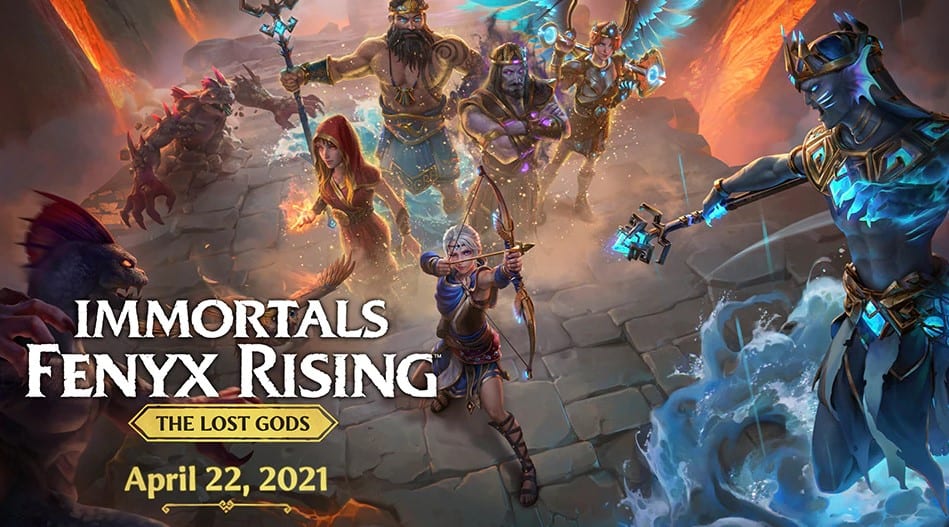 The adventure centers on Ash, a new mortal champion following a series of catastrophic disasters. Fenyx is counting on the new protagonist to bring back the lost gods. This will require the traveling to the Pyrite Islands. Here, you will be rounding up gods like Poseidon and Hades to return to the peaceful world that Fenyx has created.

Without them, balance is lost, so it is imperative that they return back to Olympos. Of course, the journey is not going to be easy, so expect plenty of monsters to stand in your way in Immortals Fenyx Rising – The Lost Gods.

To spice things up, the new DLC will unfold entirely from an overhead, god’s-eye perspective with a new brawler-inspired combat system. Ash will also have a customizable upgrade system and unique abilities to call upon as well.

In order to ease players into the new Lost Gods DLC in Immortals Fenyx Rising, Ubisoft has included a new special quest for the original game. Just head northeast of the Golden Isle, and you can get a preview of what is to come. The rewards can also be carried over to the DLC.

Players who haven’t yet experienced Immortals Fenyx Rising can get a taste via the free demo, which features exclusive content, and is available now.

For more on the game, read on to find out how Twinfinite believes its comedic elements help it to stand out from other open-world Ubisoft titles. At the same time, do check out our in-depth wiki guide to help you out with Ubisoft’s crack at an open-world adventure.