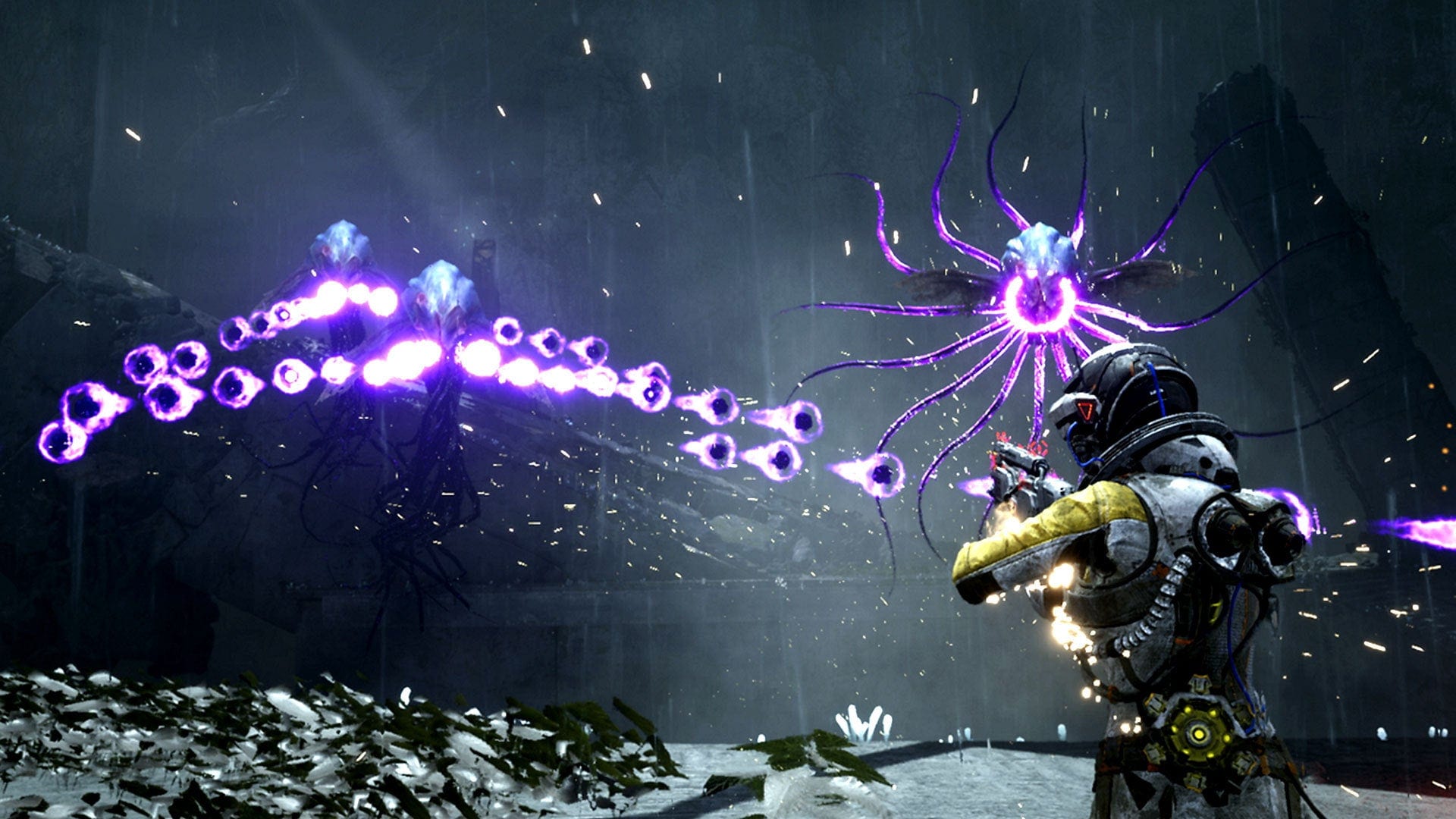 Returnal’s multiplayer can seem a little confusing on the surface, especially if you’re not all that familiar with how asynchronous multiplayer works in games like Demon’s Souls or the Dark Souls series. In this guide, we’ll run you through some common questions regarding Returnal’s multiplayer, and explain how its online components work.

As you make your way across the planet of Atropos, you’ll come across scout corpses. Some of these corpses will show how other players have died (as long as your PS5 has an online connection), while others will have audio logs that provide further story details.

Developer Housemarque provided some details on this in a post on the PlayStation Blog:

“As shown in our trailer, Selene also discovers her own scout corpses across Atropos. These corpses can feature projections of other players’ deaths (via our online systems), or Scout Audio Logs that are left behind by other versions of Selene, that she cannot remember recording.

The projections show other players deaths in Returnal, at the conclusion of which you can decide to scavenge the remains for items or revenge their death, triggering events that are best discovered when you play. Story content from audio logs is handcrafted storytelling, whereas the projections are all created via other players’ deaths and found across all of the environments in Returnal.”

When you come across a scout corpse that shows a hologram of another a scout dying, you’ll then be given the option to ‘Scavenge’ or ‘Avenge.’ This is the crux of Returnal’s multiplayer.

By ‘Scavenging’ you’ll be able to take a handful of items off their corpse, which can help you on your adventure. This requires you already have some Ether to spend on doing this, however, so if you don’t, you can either choose to walk away or ‘Avenge’ the scout.

If you choose the ‘Avenge’ option, you’ll have to face off against a powerful enemy. Defeat the enemy and you’ll earn Ether, which can be used to cleanse Malignant objects or to use special devices. Ether stays with you even when you die, so it’s well worth trying to avenge some other players when you get the opportunity.

Is There Co-Op Multiplayer?

Unfortunately, no, there’s no traditional co-op multiplayer mode in Returnal. As such, you’ll need to progress through the biomes of the hostile alien planet on your own as Selene, uncovering the secrets the planet holds along the way.

That’s everything you need to know regarding Returnal multiplayer. For more tips and tricks, check out our wiki, or see more of our coverage on the game below.