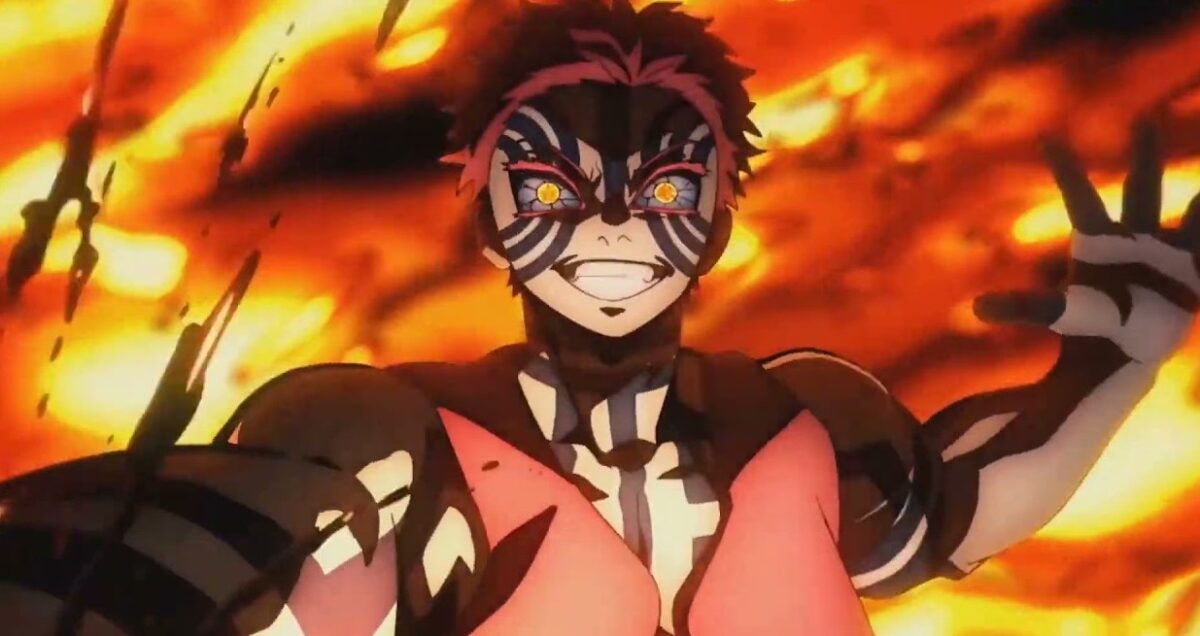 While brief, the trailer shows off the fantastic visuals and combat fans can expect from Demon Slayer’s newest movie, as Rengoku’s flames rough in a battle with Upper Moon Three demon Akaza. Tanjiro, Zenitsu, and Inosuke also have their work cut out for them in the trailer, as they’re seen duking it out with Lower Moon One demon Enmu and his creepy flesh detachment abilities.

North American Demon Slayer Sub and Dub fans have been waiting a while for the movie to finally make its way overseas, as it has been out in Japan since Oct. 2020. In that time, the movie grossed over US$459 million worldwide, becoming the highest-grossing film of 2020 and making it the first Japanese film and first anime film to reach the milestone of US$400 million worldwide box office proceeds.

Demon Slayer: Mugen Train Subbed and Dubbed versions are both out now, though only in select theaters.

If you’re still not convinced about seeing the movie, why not check out the four reasons we think you need to board the Demon Slayer: Mugen Train hype train. We’ve also got plenty of other content, including a quiz to see if your worthy of joining the ranks of the Demon Slayers.