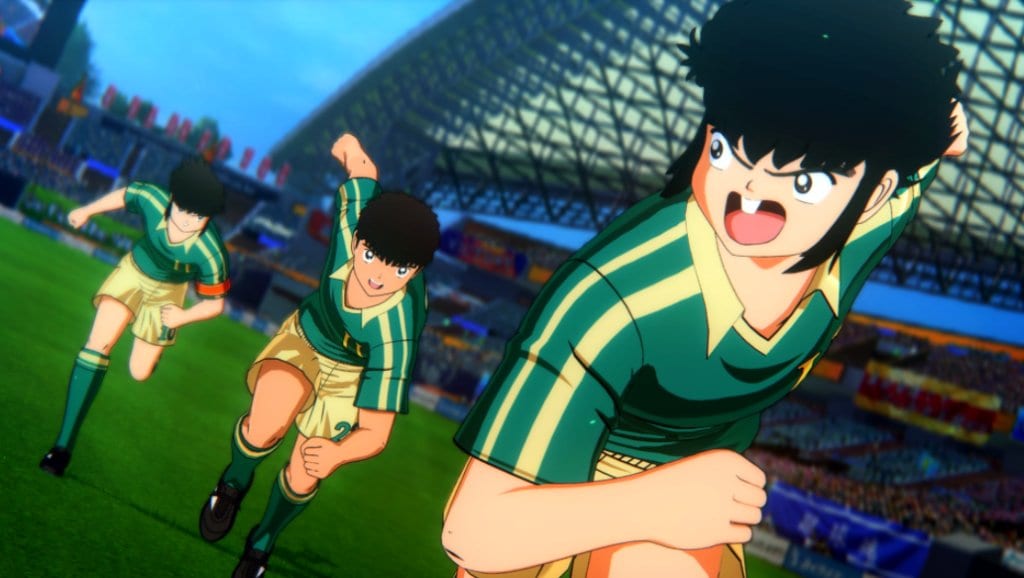 Today Bandai Namco announced the release dates for the next serving of content coming to its anime soccer game Captain Tsubasa: Rise Of New Champions.

On top of the DLC, free content is also coming in the form of another route for the New Hero story mode. This time around, we’ll be able to play side by side with the Tachibana Twins as part of Hanawa Middle School’s team. Apparently, we’ll even get to take part in their acrobatic combination play.

The DLC will release on April 22, while the free update will come one day earlier, on April 21.

In North America the original Captain Tsubasa anime never rose to widespread relevance, but in many European and Latin American countries (and of course, Japan) almost every kid who grew up in the past forty years knows about it.