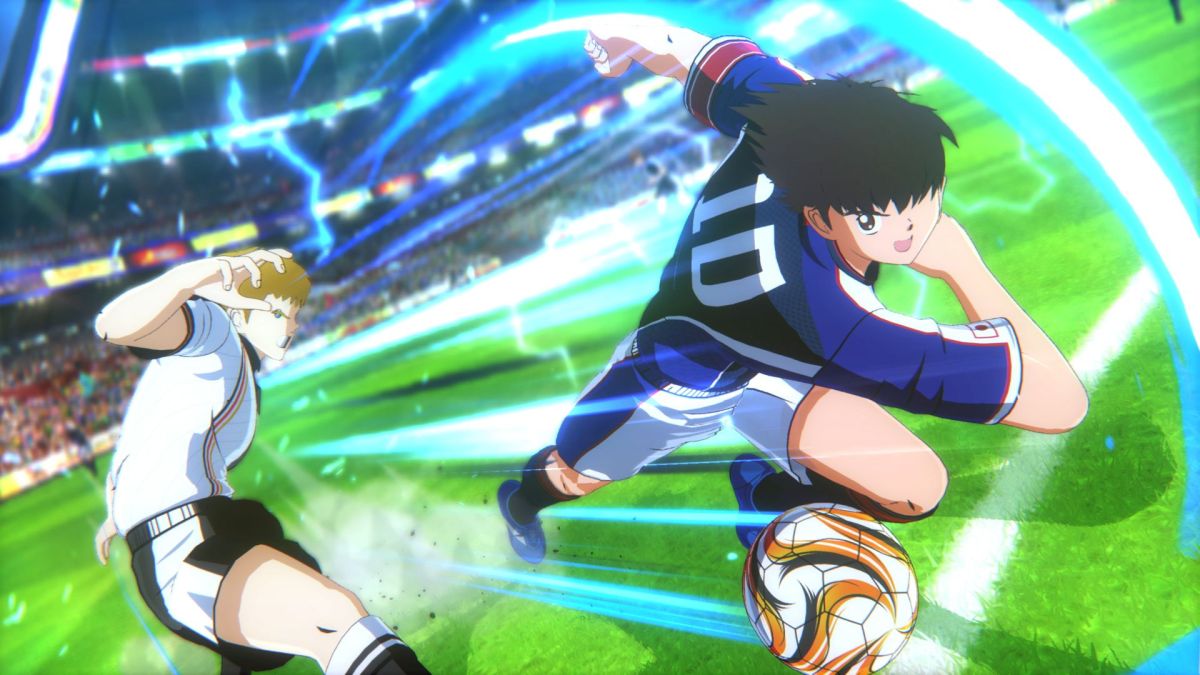 After a 14-year-long hiatus on home consoles, Tsubasa Ozora is finally back to lead Nakatsu Middle School to victory in Captain Tsubasa: Rise of New Champions.

The first half of Captain Tsubasa: Rise of New Champions follows Tsubasa Ozora through his bittersweet final year of soccer for Nakatsu Middle School. The team is going for its third national championship in a row and an undefeated record.

But if you want to learn a bit of backstory about how Tsubasa and his teammates got to that point, there are numerous videos about their elementary school days. They’re nostalgic for fans and a great way for those new to the series to learn a bit about the hero’s past.

Essentially, it’s a coming of age story that focuses on friendship, sportsmanship, and giving it your all to exceed expectations. The story isn’t anything spectacular, but the writing truly shines when you interact with opposing teams.

Most of the conversations with your own teammates follow the same beats where someone mentions how tough their next opponent is. Following that, Tsubasa will mention that they’ll have to train extra hard to be victorious. It’s a bit repetitive, but the conversations with opponents make up for the repetition.

The other schools have no shame when it comes to trash talk. They’ll come at you with everything they have while Tsubasa just stands there with a smile. But the goal of showing your opponents as unsportsmanlike truly helps the player.

Before every match, you just want to jump in there and run up the score on every opponent because of something they said before the whistle. As soon as the match is over, it’s like they have a sudden change of heart. They humbly congratulate you and some even promise to cheer you on in your future matches.

It’s a perfect 180 since you’ll eventually need to like these players when you get to the second half of the game, called Episode: New Hero. In New Hero you get to create your own character and play alongside your former opponents like the hard-working Hikaru Matsuyama or the skilled striker Kojiro Hyuga.

You get different interactions based upon which middle school team you join in the first part of new hero, but once it gets to the international tournament, there’s little variation. The biggest difference is in the Appeal Commands that are chosen before every match.

The Appeal Commands system lets you grow closer to certain players on any team. The higher your friendship level goes with specific players the more skills and moves your created character will learn from them. Before a match begins you get to pick which players you will bond with for that game.

The only catch is that all the players are split up into groups before every match and you can only select a single set of players. This is where the school you choose matters. Each middle school has a different ability for choosing multiple groups of players. However, these skills can only be used a limited number of times throughout the story.

Unfortunately, there’s not enough variation to truly make a difference in terms of gameplay. But once you step onto that pitch all of the negatives are temporarily forgotten. Where Rise of New Champions shines is in the arcade soccer experience.

FIFA and to a lesser extent, PES, have cornered the market on soccer simulation games. Yet, there isn’t one arcade soccer game that has broken through this generation, until now. Rise of New Champions is one of the most fun games I have played this year.

It’s arguably the best arcade soccer game this generation. Everything about the gameplay is over the top. The signature shots break all kinds of laws of physics. And as one might expect, a giant tiger even appears behind Hyuga while he’s doing his Tiger Shot. Don’t even get me started on the tackles that are like something out of NFL Blitz.

And don’t forget the completely ridiculous Skylab Hurricane combo where one player lays on his back and thrusts his legs up as his twin brother jumps off of them to head a midair ball into the goal.

And to tie it all together, the music that plays during this ridiculous action only adds to the fun of it all. These epic orchestral pieces in the menus and during gameplay prepare you for the spectacular battles ahead.

All of the heroic music, special shots, passes, and saves are absolutely ridiculous and you can’t help but love them for their pure outlandishness. It’s nonstop crazy soccer arcade action while you’re playing a match. And the V-Zone bar only turns up that action.

This bar gradually increases throughout the match and can be activated to let you charge passes and shots more quickly or to make your keeper perform a save that will always stop the ball. It’s another arcadey system but it adds depth and strategy to the gameplay.

But when it comes down to it, most of the strategic side of the game begins before the first whistle is even blown. You can do basic actions like changing positions or choosing the captain before you start playing a game. But the tactics menu lets you choose four different formations that you can cycle through at any time during a match.

Choosing the right set of formations for your team is crucial for winning difficult matchups. Then once you’re actually in a match, you need to be able to know which formation is best for the situation. And this is especially true when you get to online matches.

Even though Rise of New Heroes is just a fun arcade game, the online mode is competitive. You can use your custom-built team to rise through the ranks quickly if you’re good and plummet if you get into a slump. But the outcome of every game is always decided by the better player thanks to a lack of pay to win microtransactions.

You can improve your team by purchasing player packs with in-game currency that is simply earned by playing the game. But on top of that, the individual characters each have a specific cost assigned to them. Each online rank has a maximum cost for the full team which keeps you from loading your squad with a bunch of superstars.

It’s a great way to balance out the online mode so newcomers don’t keep getting blown out of the water by teams of international all-stars.

Fans of the anime absolutely need to check it out and anyone who likes soccer video games should give it a shot. It’s absolutely nothing like FIFA, but it’s a good change of pace and could easily eat up an entire weekend if you play with friends or against random opponents online.

In the end, Captain Tsubasa: Rise of New Champions is an exceptionally fun arcade soccer experience that can be forgiven for its lack of an intriguing story because the gameplay is so fun. The story isn’t choppy or hard to follow, it’s just too repetitive to keep the player’s attention. 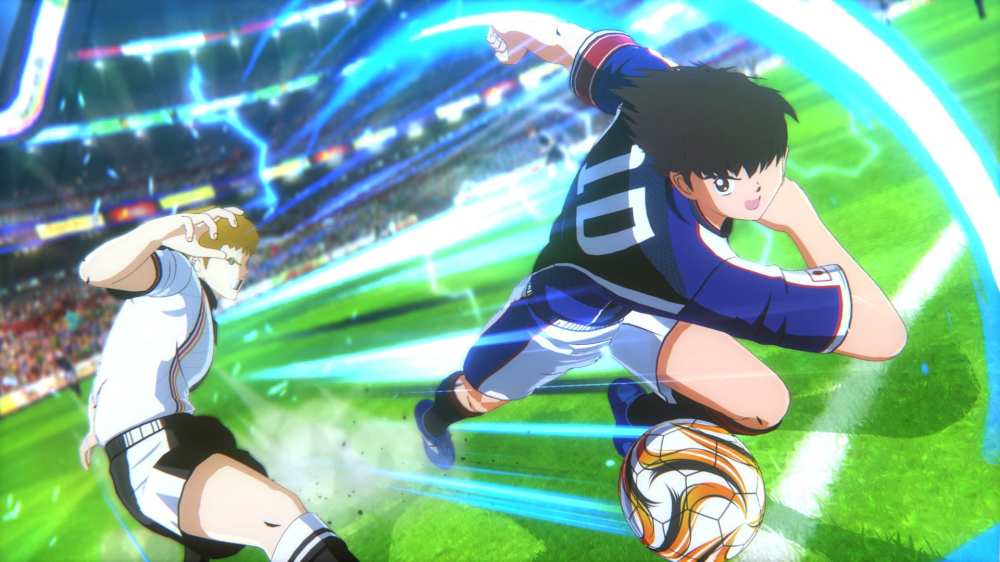