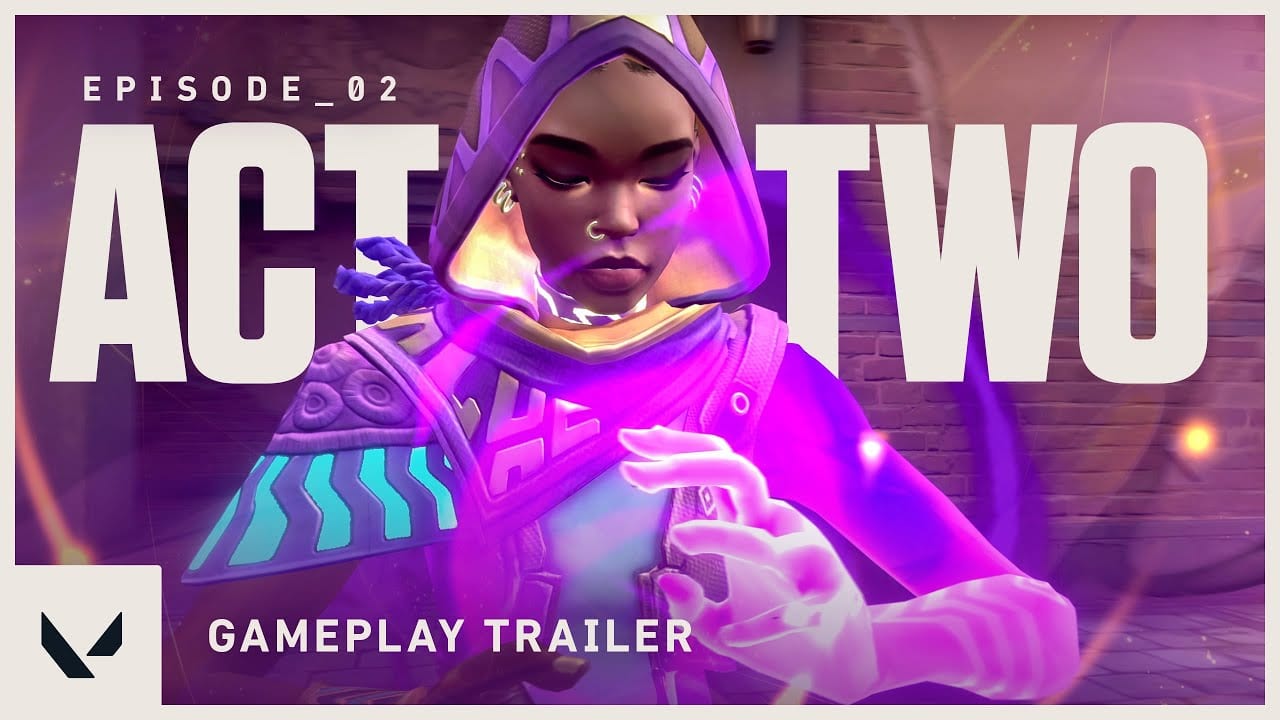 Valorant’s next Act is finally upon us, and there’s a new trailer to build the hype as servers begin to go live over the next few hours. As you’d expect, the montage recaps all the new content coming to the game, from Astra the new Agent to some sexy skins with its latest battle pass.

The official patch notes for this latest update haven’t yet been released, though they should be coming in the next few hours. Of course, the big news is the arrival of Astra — check out her character introduction trailer if you haven’t yet already.

A new battle pass is also on the way with 50 new tiers to grind for, offering weapon skins, gun buddies, player cards, sprays, and Radianite points.

The big balancing changes we’re aware of ahead of the patch notes include changes to competitive play that allow a wider range of ranks to play together. There’s also a new system that punishes players for queue dodging and going AFK, too, but we’ll write a separate article recapping the full list of patch notes as and when we see them.

For now, here’s the new trailer:

In related news, a new premium skin line is coming to Valorant along with Patch 2.04 called Prime 2.0, which is a new version of one of the most popular skin lines since launch.