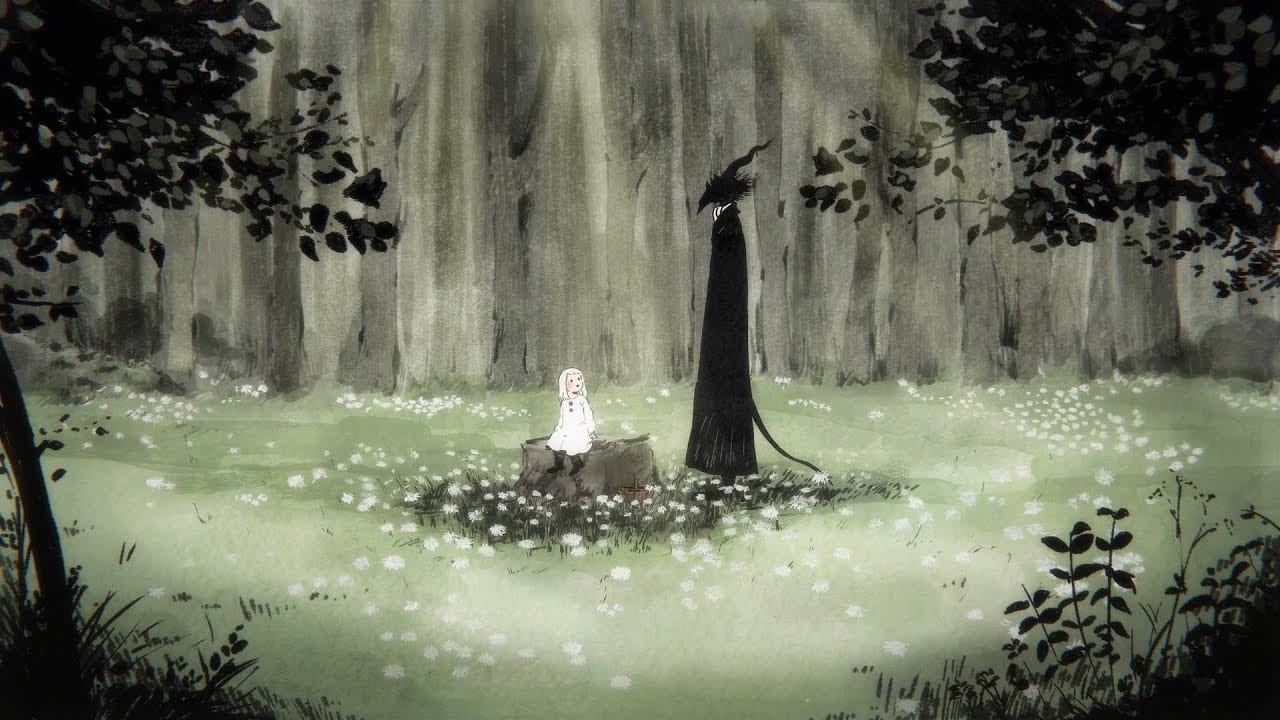 When WIT Studios was announced the Kickstarter their upcoming feature-length anime, The Girl from the Other Side, they’d hoped to raise at least $27,620. After just one day, the project has already doubled that amount.

The projects official Twitter account confirmed that the goal was met yesterday morning, thanking fans for their quick support.

For the uninitiated, The Girl from the Other Side tells the story of a world in which a human girl Shiva and a cursed, non-human “Teacher” live. It is a fascinating tale that feels like a cross between a picture book and a poem.

The official description of the series is listed below.

In a world split between the Inside and the Outside, those living in both realms are told never to cross over to the other side, lest they be cursed. A young girl named Shiva lives on the other side, in a vacant village with a demonic guardian known only as “Teacher.”

Although the two are forbidden to touch, they seem to share a bond that transcends their disparate appearances. But when Shiva leaves Teacher’s care to seek out her grandmother, the secret behind her mysterious living arrangement comes to light.

The Girl from the Other Side feature will be one hour long and is set to release March 10, 2022.

If you’re still looking for more anime-themed content, be sure to check out our latest posts. Those include everything from the best senpai in anime to amazing Isekai shows you’ll want to check out.

Related Posts
Comments
Continue Reading
Related Topics:Anime, entertainment, film, Kickstarter, The Girl from the Other Side