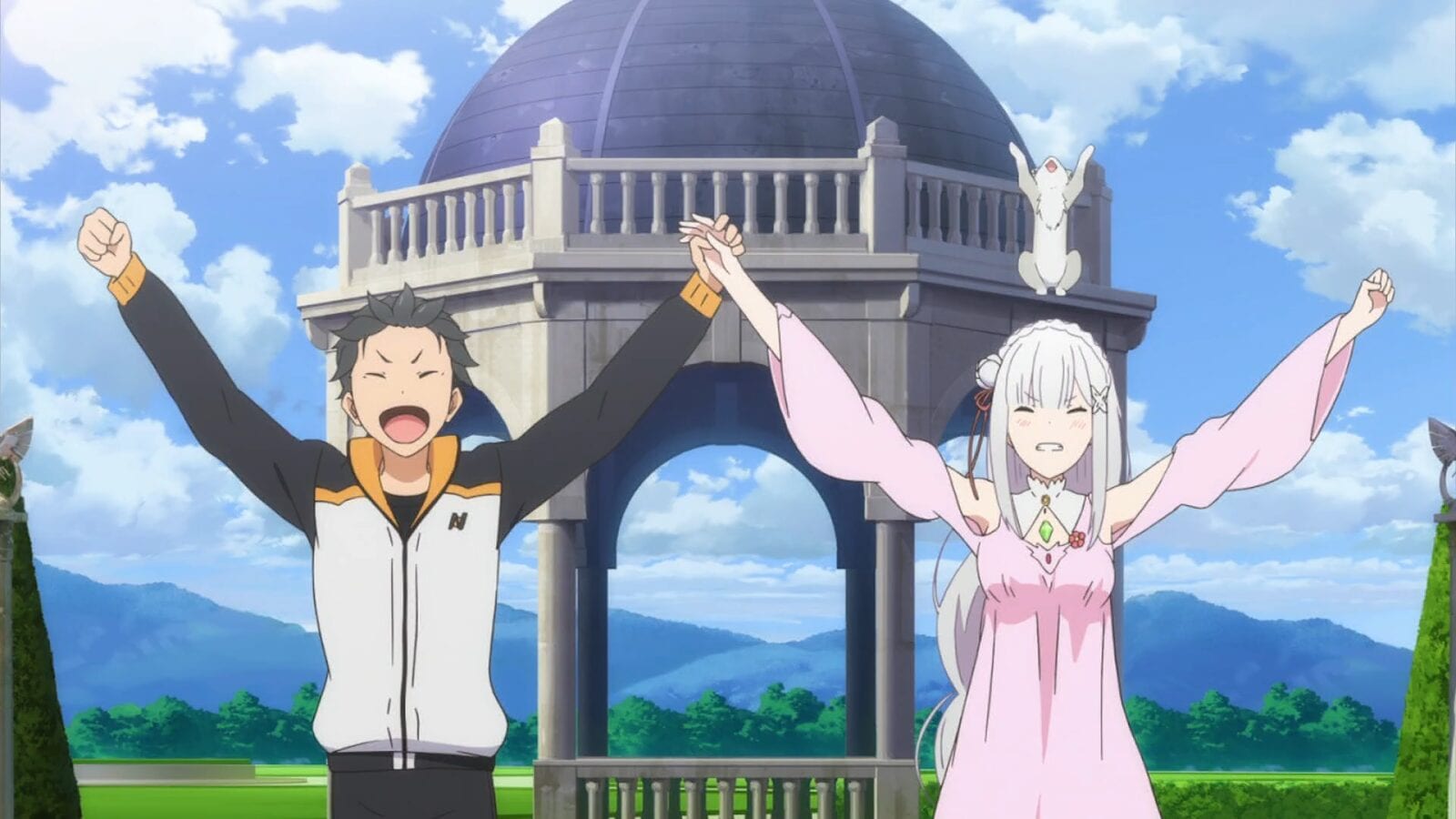 Devil is a Part-Timer

Pretty much the entirety of the Isekai genre is built up around the trope of someone being transported from the real world to one of fantasy in order to live out their greatest fantasies. Devil is a Part-Timer does the exact opposite, taking characters from a magical world and placing them in our own mundane reality.

What follows is an interesting story of adapting to your environment, as both the Demons and Heroes alike find themselves confused about how to live their day-to-day lives without the help of magic. To survive, they need to get real jobs, learn responsibilities like accounting, and try not to murder each other.

As far as Isekai goes, Devil is a Part-Timer is definetly one of the funniest and most unique ones you’ll ever see. It’s honestly more like a sitcom than it is an Isekai.

With season 2 just getting announced, there is no better time to transport yourself into this world.

The Rising of the Shield Hero

Where Devil is a Part-Timer is a reverse Isakai anime, The Rising of the Shield Hero is the embodiment of the genre. The story follows Naofumi Iwatani, an easygoing kid that one day finds himself transported to a parallel world alongside three other young men.

They quickly learned that they were summoned to serve as a part of the Cardinal Heroes, whose main goal is to fight interdimensional monsters called Waves. Iwatani then receives a Legendary Shield to help compliment the other members of the group in a support role.

It isn’t long before our hopeful protagonist receives a roadblock, though, as he’s cast out by the nobility for a crime he didn’t commit. Now, with the help of a lowly slave, Raphtalia, Iwatani must grind small quests and level up to become the greatest hero in the land.

While that may sound like a cliche, The Rising of the Shield Hero story does manage to separate itself from the pack, evoking strong emotions from the betrayal and hardship the main character has to suffer through.

That Time I Got Reincarnated as a Slime

By the name alone, it is pretty easy to tell That Time I Got Reincarnated as a Slime isn’t just any ordinary Isekai. This comical tale follows Satoru Mikami, a 37-year-old businessman living a monotonous and dull life in Tokyo. That is until he gets stabbed and dies.

When he wakes up, Satoru is no longer in the real world. Instead, he finds himself in the body of a Slime in an unfamiliar land.

Now, anyone that has ever played a video game could tell you that a Slime is one of the last things you’d want to be reincarnated as. These creatures are usually always low-level enemies with no abilities that you’d only run into at the start of the game.

While Satoru shares this same annoyance when he first finds out what he’s reincarnated as, it isn’t long until his unique power to devour anything and gain its abilities and appearance is revealed. Using this power, known as Predator, he takes the name of Rimuru, traveling the land with the goal of improving everyone’s life in it.

While it may definetly be more of a laidback Isakai, as the main character can overcome just about any problem with no issue, its messages of acceptance and love are on point. Whether it’s a pack of giant wolves or seemingly monstrous Ogres, Rimuru takes in anyone looking for help, showing how much even the smallest kindness can do to alter someone’s perspective.

The subject matter of most Isekai usually revolves around the adventures that the main character finds themselves on, as well as their growth as a person throughout them. While KonoSuba certainly contains core values and themes that also support that idea, its main sell is that it is hilarious.

KonoSuba follows a downtrodden, socially awkward nerd named Kazuma Satō. When he is one day killed by a tractor, life seems to throw him a bone by offering a new life in any world with a gift of his own choosing.

Unfortunately, the god offering this deal, named Aqua, also mocks him relentlessly for his embarrassing death. As a means of payback, Kazuma uses his gift to force Aqua into the new world with him.

Together, these two self-centered characters have to navigate this new world and try to find some joy out of life, despite all of the hopeless situations they find themselves in.

These comical situations and the interactions between characters are a breath of fresh air for the usual action-first focus of the genre. There are very few episodes that I didn’t find myself audibly laughing out loud at while I was watching.

On top of the satirical plot and lines of dialogue, Konosuba’s art style is also amazing. Not only do the energetic animations look good, but they also make the action and comedy KonoSuba is known for that much better.

All you need to do is look at how emotive Kazuma reactions are to know just how important the animation is to boost the show’s strengths.

When you’re first dropped into the world of Re:Zero, you probably think it’s going to be just another romp where the main character, Natsuki Suburu, goes on adventures and flirts with pretty girls. And for the first half of episode 1, you’d be correct.

Suburu explores the shops, meets a pretty elf, and begins to fantasize about the awesome life he could have in this world compared to his boring old one. All of those fantasies end pretty quickly, though, as he gets his organs sliced out of him at the climax of the first episode.

Luckily for him an ability known as Return by Death lets the main character return from an undesignated save point. From this point on, Suburu does his best to use this ability to help himself and the people around him.

Now, for most Isekai, the premise of having a superpower that makes you immortal would be enough. Re:Zero doesn’t settle for enough, though, as it uses the consequences and emotional trauma that comes alongside this ability to create one of the most fascinating anime character studies ever