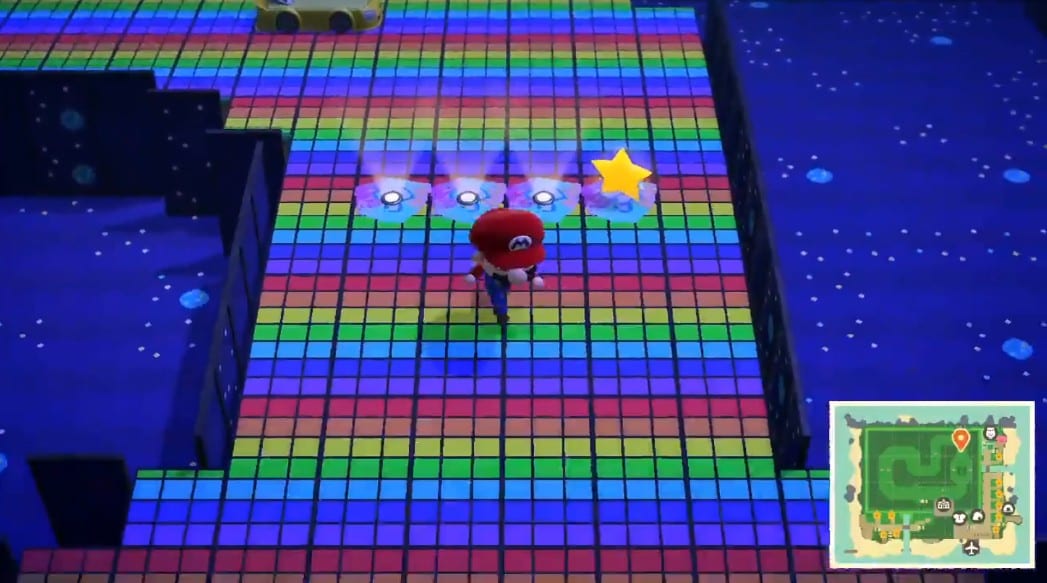 Ever since Animal Crossing New Horizons released its Super Mario-themed items last month, fans of both franchises have been flocking back to their islands to deck out their characters and homes with plenty of Mario décor. The crossover has resulted in some super cute and creative creations, including a user that completely re-created Rainbow Road on their island.

The above tweet shows an island with a clever combination of in-game items that were used to make the famous Mario Kart map in Animal Crossing New Horizons. The user used rainbow floor tiles to simulate the road, lights and items for powerups, and even car beds to make it feel like there were other competitors on the track.

While simplistic, the track is definitely more laid-back and relaxing than the original Rainbow Road, making for a fun and adorable experience without the worry and headache of falling off the map.

If that wasn’t enough Animal Crossing New Horizon goodness for you, don’t forget to look at the recent Hello Kitty and Sanrio news, as the brand new crossover was revealed to be headed to the game this month. Anyone that needs to keep up to date with the monthly happenings of the game should also check out our most recent bugs, fish, and sea creatures guides here.

Also, be sure to leave a comment below if you’ve got any other amazing creations from the Animal Crossing New Horizons and Super Mario crossover, as we’d love to see them.