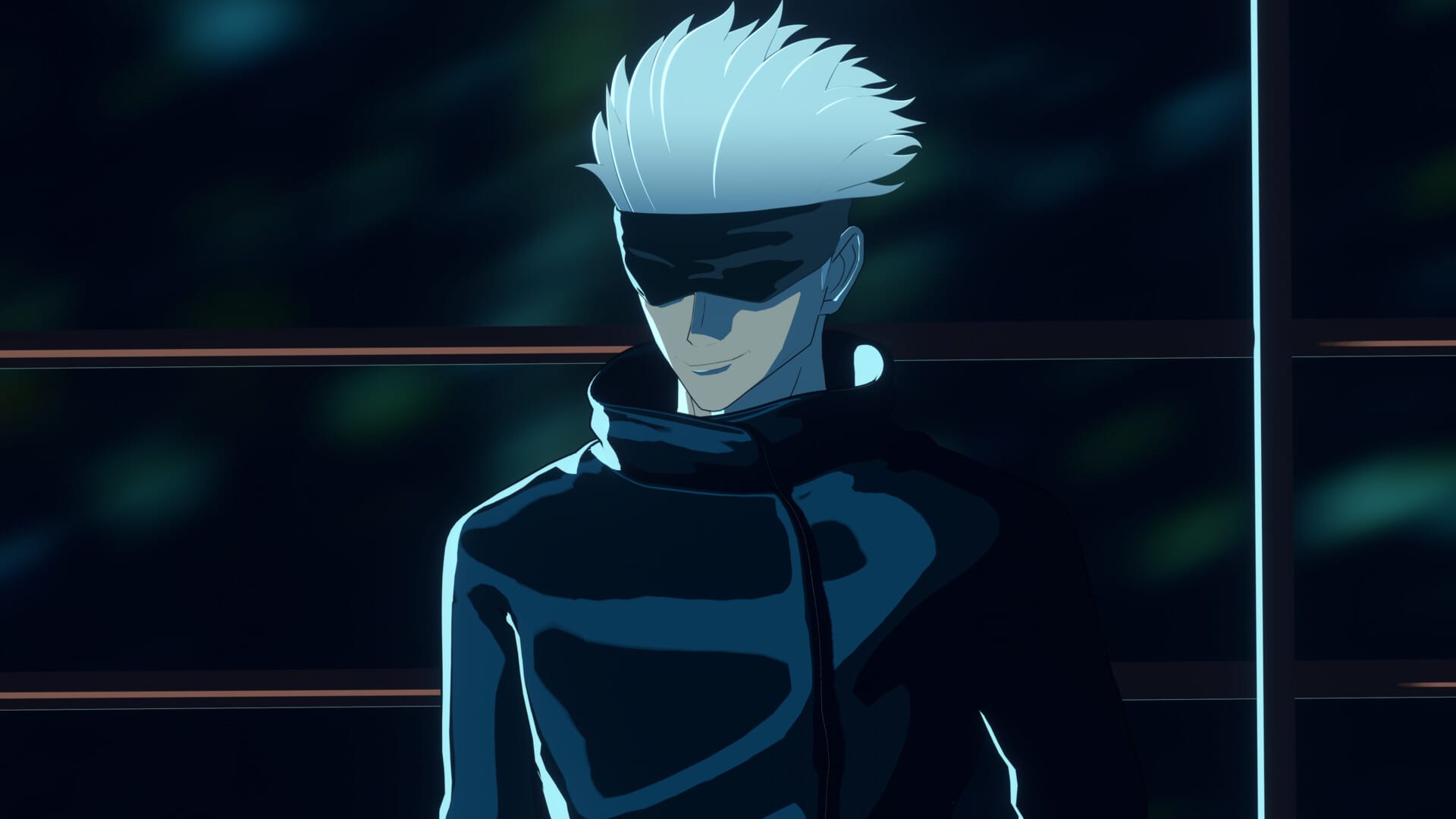 Every now and then, an anime will come around that manages to be funny, well-written, gorgeously animated, and have a colorful cast of characters with a likable protagonist. Jujutsu Kaisen is just that, lead by the lovable nitwit that is Yuji Itadori. Yet, Yuji – and the show as a whole – wouldn’t be half as good if it weren’t for his sensei, Satoru Gojo.

The moment Satoru Gojo appears in the first episode, his presence is commanding. His cool Kakashi-like look and laidback attitude, combined with the way he fights, always put him center stage. And that is exactly where someone as beautiful as he belongs.

Maybe it’s the “white-haired anime characters being beautiful” trope; maybe it’s the fact that his eyes, when revealed, are literally the color of a vast ocean. There is just something about Gojo’s aesthetic and fashion that jumps off the page.

Satoru Gojo’s awesomeness only grows from the moment he is introduced. He defies his elder’s order to kill Yuji, choosing to take him under his wing instead and becoming a lovable, aloof mentor.

Unlike most mentors, though, Satoru Gojo isn’t strict or harsh. He chooses instead to use weird teaching techniques like having Yuji watch movies in a Mr. Miyagi-like method of growing the sorcerer’s powers. While a laidback mentor isn’t entirely new in anime, it’s rare that one manages to be intelligent, likable, and insanely powerful – especially that last one.

All too often, sensei characters are introduced in anime for the sole purpose of showing how powerful the protagonist can be if they train with them; only for this powerful teacher to be taken down early on in the show by the main antagonists.

Granted, this provides a good motive for the protagonist, but it always lessens the mentor and makes them look understandably weak.

So far though, Satoru Gojo is anything but weak.

In fact, he is so powerful that enemies make entire strategies to try and avoid him. When those plans fail, they don’t say, “that was my plan all along,” and get one over on him. It’s actually the opposite.

Every time the world’s strongest JuJutsu Sorcerer shows up, the villains take their leave. They know they have no chance of beating him. If they don’t, they witness that even a small bit of the power he holds is enough to completely cripple them.

It wouldn’t be Satoru Gojo if his attack didn’t also show off, though. Regardless of if he aims to intimidate or kill them, each attack that is thrown at an enemy result in some of the most spectacular, sakuga-boosted moves ever put on display in an anime.

Whether it is his cosmic Infinite Void Domain Expansion technique or the colorful Hollow Purple attack, every one of his abilities is so breathtaking it could be put on display in a museum and no one would think it out of place.

The best part about all of this is that we’ve only seen a shred of what Satoru Gojo can do in his one season of brilliance. He’s sure to have more hilarious wisdom to pass down and plenty of other beautiful attacks that will look jaw-droppingly stunning in the seasons to come.

There is also still plenty of backstory to uncover about the man, as almost nothing is known about his past so far.

More than anything, the anticipation of when he actually finds a worthy opponent that’ll allow him to let loose is the most exciting possibility about what is to come for Satoru Gojo.

So that is Satoru Gojo: the blue eyed wonder; the most powerful JuJutsu Sorcer alive; and the most beautiful man in anime. If you haven’t noticed him yet, you can be sure you will as JuJutsu Kaisen continues to thrive over the next few years.

A Game of Thrones Spin-off Series Centering Around Jon Snow Is in the Works; Kit Harington to Return