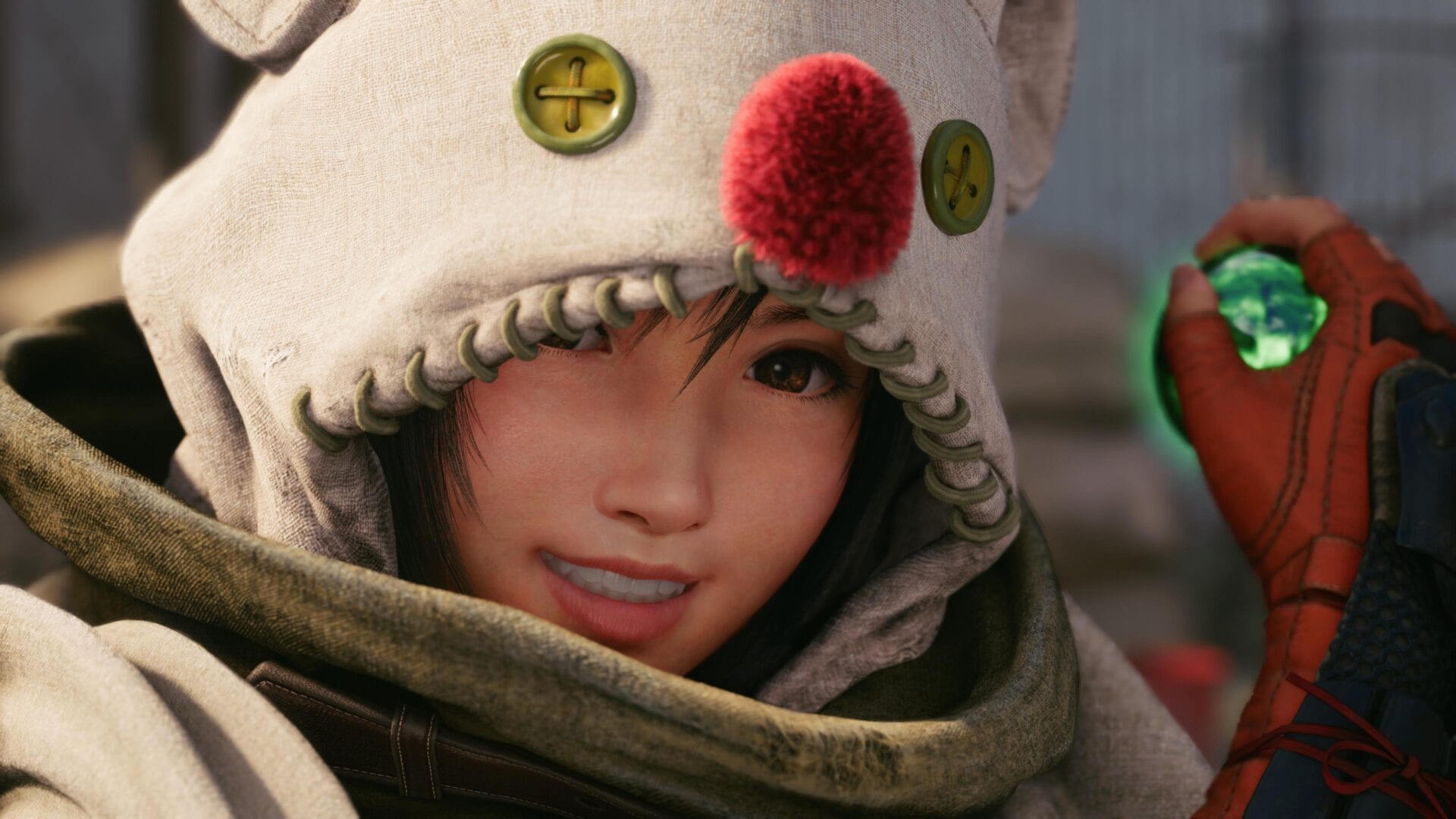 Intergrade will include two modes, Graphics Mode will focus on high resolution, displaying the game in 4K. Performance Mode will focus on smooth framerate, targeting 60 frames-per-second. You can see the dedicated menu in the gallery.

Improvements, that you can see in the screenshots, include lighting, fog effects, and upgraded texture resolution showing more details.

The story of the new episode focuses on Sonon and Yuffie after the Mako Reactor is blown up. Their aim is the Ultimate Materia developed by Shinra Electric Power Company. With the cooperation of Avalanche, Sonon infiltrates enemy territory alongside his moogle-caped companion as they seek retribution for their hometown. Guided by the crying of the stars, a new gear of fate starts spinning.

Yumi Kakazu reprises her role as Yuffie Kisaragi. She wields a huge shuriken and she has many self-proclaimed titles like “Ninja Beauty” and “World-Class Materia Hunter.” She infiltrates Midgar to save her hometown after Wutai lost a war against Shinra.

Sonon Kusakabe is voiced by Yoshimasa Hosoya (who voiced Belial in Granblue Fantasy, Reiner Braun in Attack on Titan, Male Robin in Fire Emblem, & many more relevant roles). He studied under Yuffie’s father Godo Kisaragi who taught him Kenpo and Bojutsu (the art of the staff). He took part in the war while very young and grew to hate Shinra. He has a serious personality and looks after his senpai Yuffie, who tends to be more impulsive.

The new episode includes two chapters focusing on the infiltration of Midgar with the collaboration of Avalanche and the mission to steal the Ultimate Materia from Shinra.

Yuffie is good at both close combat and long-range attacks, letting you enjoy exhilarating battles using her shuriken and ninjutsu, which are very different from the gameplay of other characters.

You can throw her shuriken to destroy Shinra boxes from a distance and perform other ninja-style actions like crossing wire fences.

Final Fantasy VII Remake Intergrade will release on PS5 on June 10, 2021. No PS4 version appears to be planned at the moment.