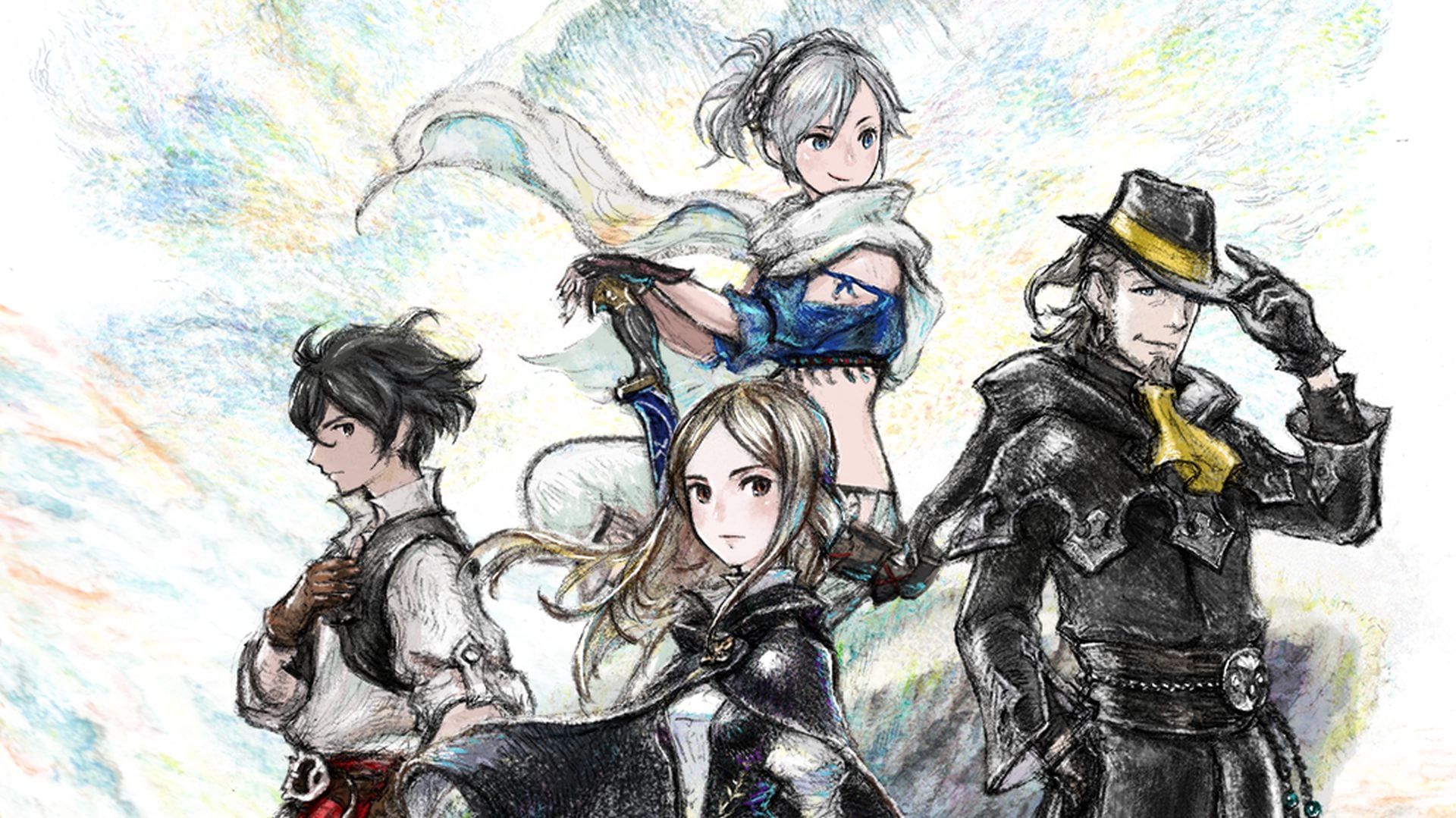 Since Bravely Default 2 is a love letter to old-school JRPGs, you bet that at some point, you’ll have to do some grinding, especially if you’re playing on hard mode. This game has two types of experience that you can obtain, regular EXP and Job Points. Thankfully you can earn them simultaneously, but there is a trick to getting lots of both. Here are some of the Best EXP & BP Farming Locations in Bravely Default 2.

Like many newer JRPGs, Bravely Default 2 does not have random encounters but has enemies roam around the overworld and dungeons. Enemies will react differently when you approach them, depending on your level.

Getting enemies to run away from you is the key to netting yourself a lot of EXP and JP in this game. Whenever two or more enemies are close to each other in the overworld or dungeons, you’ll start what is called a consecutive battle. This means that you’ll do one fight after another with no breaks.

So if you get into a battle and there are five enemies clustered together, you’ll have to do five battles back to back. By doing this, you earn more EXP faster, but you also get a JP multiplier depending on how many battles you do.

If you fight in six consecutive battles, you’ll get a 3x JP bonus, giving you hundreds of JP points. Pair this with the Freelancer’s “JP Up” and “JP Up and Up” passive skills, and you’ll get an additional 1.7 JP multiplier.

The best way to herd enemies together for consecutive battles is to chase them into a corner and initiate a fight. As soon as you’re in their eyesight, they will run in the opposite direction of you.

So if you’re to the upper left of an enemy, they will run to the bottom right. If you’re right below them, they’ll run upward, so on and so forth. It will take a bit of practice, but you’ll quickly learn how easy it is.

If you want to grind even faster, remember you can change the battle speed.

Hydrangea Hill is an optional area to the north of Halcyonia, the first city in the game. It’s a small dungeon full of weak monsters that are easy to wrangle into a corner. You can do this as soon as the middle of chapter 1, making sure you’re higher level than the enemies.

As soon as you get over this bridge, you’ll be in an area with plenty of Badbitts, Kobolds, Lotls, and Sahagin Shamans. Try to get as many of them into the top right section of this area, which is a little beach upon the river.

Every time you wrangle enemies into this corner, after about five seconds, they’ll start to walk back to the position you found them unless you get back into their line of sight and scare them into the corner again. So you have a couple of seconds to try and go out and wrangle more monsters into this corner.

There are about ten enemies in this area, and they are hard to move into the spot that you want, so don’t waste your time trying to get them all.

Defeat the enemies quickly by using an area of effect attack like Thundaga and Blizzaga. Make sure to bring many ethers and mini-ethers to restock your MP after using all of these spells.

Getting six of them into that corner and doing all those consecutive battles will net you over 600 JP, which is a lot and will level you up a few times if you’re at a low job level. Once you defeat them, wait a couple of seconds, and they will eventually respawn.

Right outside the gates of Savalon is a vast desert filled with Orc Leaders, Killer Ants, and Sahagin Shieldbeaers. They’re all very concentrated, so you might not have to take as much time rounding them up.

Lead them onto the tip of the beach and check back to make sure none get too far away when you go to find other enemies to herd here. Use the same techniques as mentioned above to gain as much JP as you can.

It’s best to wait until after you beat chapter one and get the Berserker job since it has some good moves that can damage multiple enemies. Other than that, use the Black Mage’s abilities to wipe out the competition.

Treetop Tower shouldn’t be used to grind unless you’ve beaten chapter two, as the enemies are more challenging here. On the top floor of Treetop Tower is a square room that is riddled with enemies that can easily be herded into any corner of the room.

Use the Berserkers “Level Slash” attack to dispatch of any enemy quickly. You can use the Bard’s “Hurts So Bad” move to buff your party’s strength, making the Berserker even beefier.

You can quickly exit this dungeon via the staircase in the middle if you need to go to the inn and restore your HP and MP completely. This is a great spot to grind, especially since you start to get many jobs in chapter two and beyond.

Those are our tips for Best EXP & BP Farming Locations in Bravely Default 2. For more advice with this JRPG, check out some of our other guides below.