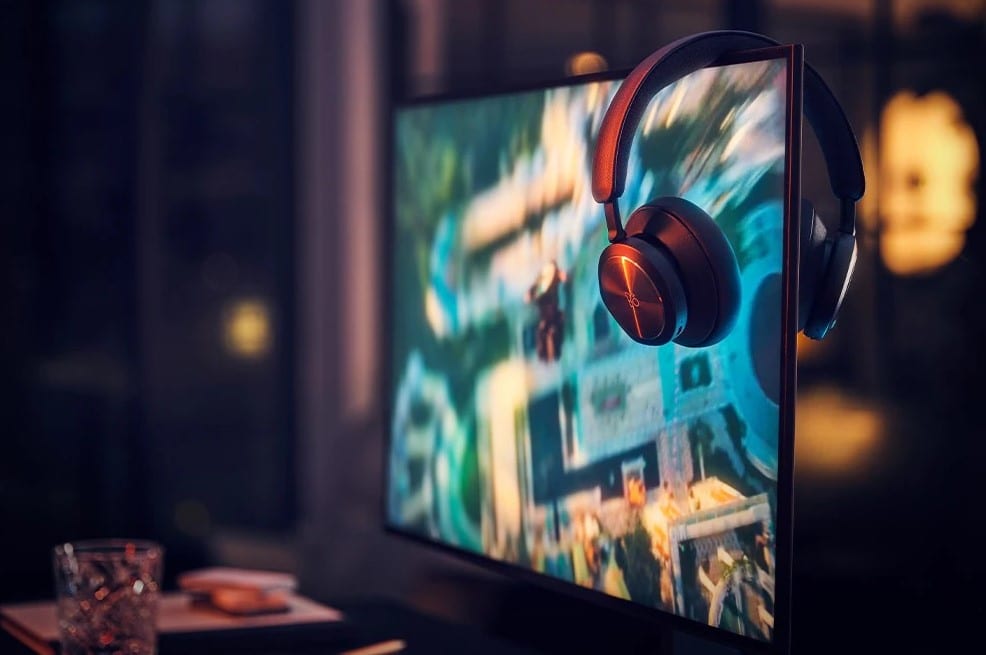 Following a brief tease, high-end Danish audio brand Bang & OIufsen has revealed their first wireless gaming headset made in partnership with Xbox and Microsoft, the suitably expensive Beoplay Portal. Sporting the signature look of Bang & OIufsen products, this new wireless kid on the block brings with it new features than the average headset out there.

With just a push of a button, the Bang & OIufsen Beoplay Portal can instantly pair with the Xbox Series X/S, Xbox One, or a PC with the Xbox Wireless adapter plugged in.

If you need more than one connection, it has you covered as well. The headset supports a concurrent connection via Bluetooth 5.1 for other devices, even other consoles. You won’t have to worry about missing game audio anymore even if you are taking a call.

As for the audio itself, the Beoplay Portal packs adaptive active noise cancellation (ANC) and a gaming audio mode that activates automatically when you connect wirelessly to a console or through USB-C to the PC. It also comes with a 3.5mm headphone jack.

Everything can be adjusted using the Bang & OIufsen app on both iOS and Android, allowing users to tweak the Beoplay Portal’s microphone optimization or game/chat audio balance.

There is support for Dolby Atmos as well, with different listening modes to suit whatever medium you are enjoying at the moment.

According to Bang & OIufsen, the headset can last up to 12 hours per charge if you are connected through Bluetooth or the Xbox Wireless protocol, with ANC turned on. However, the Beoplay Portal may last up to 24 hours if you are just using Bluetooth and noise cancellation.

Unlike other gaming headsets on the market, Bang & OIufsen wants to distinguish the Beoplay Portal with its build quality.

This means memory foam earpads that are wrapped in lambskin leather, and bamboo fiber textile covering the headband padding. The headset also features certain anodized aluminum details, and everything weighs in at just 282 grams.

If you are an Xbox gamer looking to up your audio game, this Bang & OIufsen premium product might just be your solution. However, the Beoplay Portal does not come cheap. They costs $499 each, and are now available in black on the Bang & OIufsen store and the Microsoft Store. Two more colorways, gray and navy, will be available starting April 29.

Do you really need a $500 headset for gaming? Perhaps you do, and why not enjoy your Xbox gaming in style with the expertise of a market leader like Bang & OIufsen?