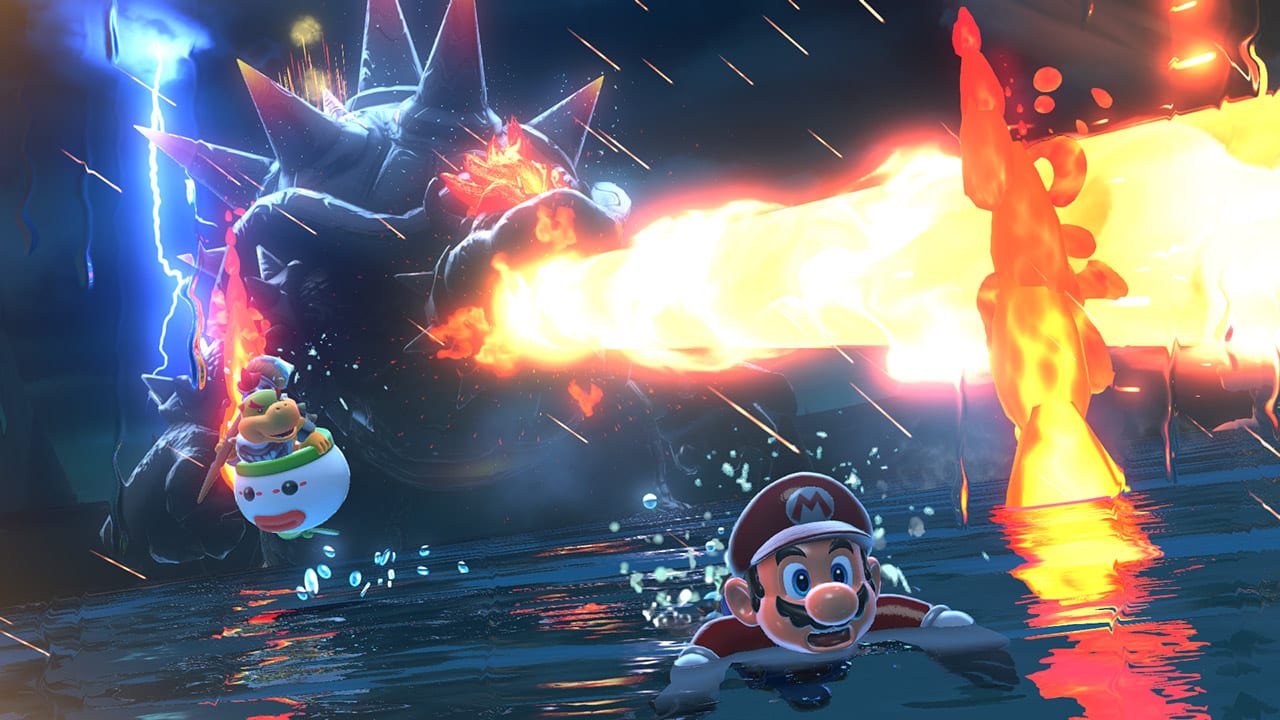 Is there a Nintendo game where your collection of iconic models won’t get you some neat little surprise? Of course not, and that remains true with the release of Super Mario 3D World + Bowser’s Fury. Amiibo are, of course, compatible with this new Nintendo Switch title, but it’s not simply a case of tapping them whenever you want and off you go. In this guide, we’ll run you through how to use amiibo in Super Mario 3D World + Bowser’s Fury.

To use Amiibo, simply press and hold left on the d-pad on your Nintendo Switch joy-con or Pro Controller, and place an amiibo on the NFC touchpoint.

For Pro Controller users, this is right in the center of the controller, and if you’re playing in handheld mode, it’s the small, shiny square on the left Joy-Con itself.

If done correctly, you’ll hear a jingle sound from the game.

What’s also worth noting is that you cannot scan amiibo into the game when playing in local wireless or online play. If you try and do this, simply nothing will happen, so don’t waste your time.

Any items that your amiibo do reward you should appear in-game, just around Mario. Amiibo have both the same effect in Super Mario 3D World and Bowser’s Fury, so you’ll be able to get all the in-game items your heart desires regardless of what game you scan them into.

Almost all existing amiibo, once scanned into either Super Mario 3D World or Bowser’s Fury will grant a power-up item of some sort for Mario. It could be a 1UP Mushroom or it could be a Cat Bell to transform the plumber into Cat Mario.

However, there are three amiibo that have a special effect when playing one of the games.

This amiibo will grant you with a special power-up that transforms Mario into a white cat. It essentially combines the Cat Bell and Super Star power-ups together, turning you into an invincible cat.

Any Bowser amiibo that’s currently available can be scanned into Bowser’s Fury to summon Fury Bowser. This then allows you to fight him by interacting with the Giga Bells knocking around Lake Lapcat, or you can use his fire-y attacks to break blocks and unlock secrets within the world.

Fury Bowser comes about every 5-10 minutes in-game anyway, but if you’re getting impatient, this is a handy alternative.

Scanning a Bowser Jr amiibo into Bowser’s Fury will cause Bowser Jr to perform a shockwave attack that eliminates nearby enemies and obstacles. This is particularly handy for the combat challenges that you’ll need to complete to earn Cat Shines.

That’s everything you need to know regarding using amiibo in Super Mario 3D World + Bowser’s Fury. For more on the game, head over to our wiki, search for Twinfinite, or check out more of our coverage below.