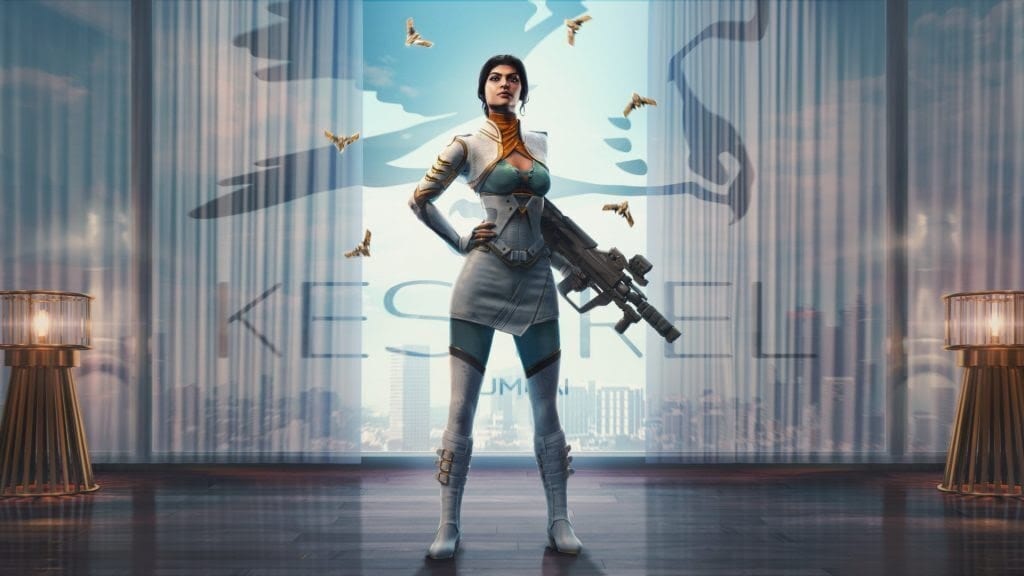 Hi-Rez Studios’ slick cross-platform shooter Rogue Company is preparing to launch its biggest content update yet. Season one will mark the game’s first-ever battle pass, which offers 50 different rewards for players to grind toward.

It will also debut new Rogue Kestrel, an Indian-born Duelist who, according to the game’s lore, was one of the founding members of Rogue Company and will be coming out of retirement to help battle the nefarious Jackal.

Today, a new cinematic trailer introduces her backstory and character design. If you’ve been keeping up with news drop from Hi-Rez then you’ll know her primary weapons include a Riptide Assault Rifle and Knight SMG, while her secondary the P12K pistol. Kestral’s showpiece, though, is her kick-ass Kurki Katana melee weapon.

For those who aren’t in the know, Hi-Rez describes Rogue Company as “a top-secret syndicate of elite Rogues around the globe. To most of the world, the elusive Rogues are a rumor at best. However, to those in the know, Rogue Company operatives are indispensable to solving the world’s deadliest and most challenging missions. As a Rogue, players will grab their weapon of choice and dive into iconic locations to compete online in various PVP game modes.”

Rogue Company launched for Switch, Xbox One, PS4, and PC via The Epic Games Store back in July of last year.