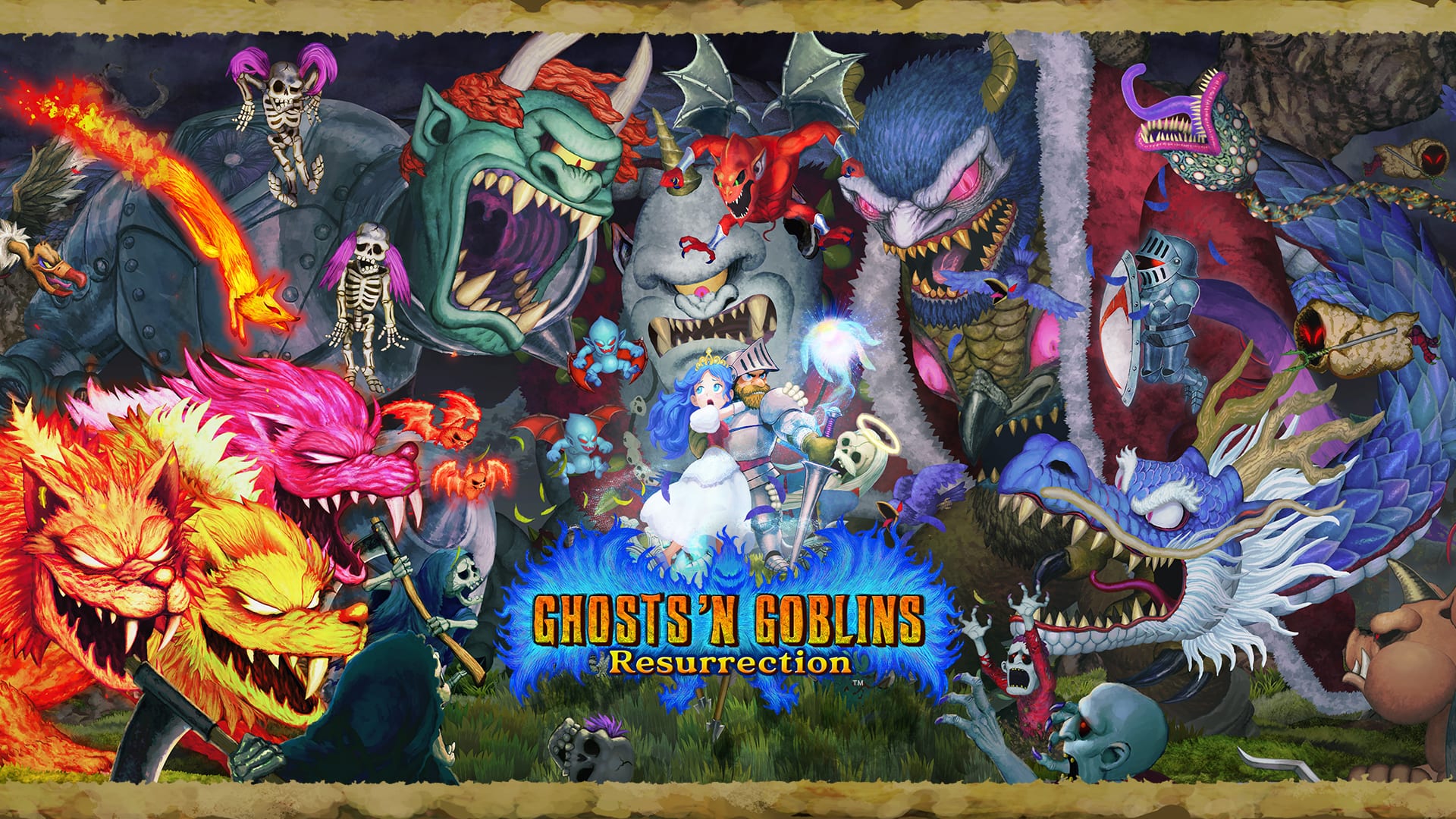 My first exposure to this franchise came about ten years prior to the recent release of Ghosts ‘n Goblins Resurrection. I was watching Japanese comedian and host of GameCenter CX, Shinya Arino, struggle his way through the perilous levels on a Famicom.

Arino is a decently skilled video game player, but I remember thinking that he was probably making the game look far harder than it truly was. But boy was I wrong.

It was a masterpiece of unforgiving, rage-inducing game design. That’s what makes it such a fun and memorable experience.

But now, Ghosts ‘n Goblins is about to become much more accessible to the masses with Resurrection. The biggest contributor to this shift is the Page difficulty that lets Arthur take multiple hits and even instantly revive on or near the spot where they just died.

The enemies and bosses still offer a challenge, but not being punished for dying can make the game too easy. On top of that, if you die while battling a boss, they don’t recover any health when you revive. Only play on Page if you absolutely need to.

Fortunately, there are three other difficulties modes (Squire, Knight, Legend) that offer a more traditional Ghosts ‘n Goblins experience. Squire difficulty is like Page without the instant revives, Knight is like the original games, and Legend offers the most difficult experience with tons of enemies and only two hits to death.

No matter which difficulty you choose, there are still more checkpoints throughout every level which makes progressing through stages ridiculously easier compared to the original. That’s the biggest reason why Ghosts ‘n Goblins Resurrection is much easier than the original.

However, the challenges and bosses that you encounter throughout each level are still an adequate test of your action platforming skills. Even in the lower difficulties like Page and Squire, you’ll encounter tons of enemies. The baddies certainly are not as plentiful as they are in Knight and Legend, but there are still enough to get your blood pumping.

Overall, the challenge is certainly there in terms of gameplay, but it feels fairer than past iterations. In the end, the more frequent checkpoints and lower difficulty levels in Ghosts ‘n Goblins Resurrection makes your time struggling through possibly some of the hardest levels you’ll ever play in a video game somewhat easier.