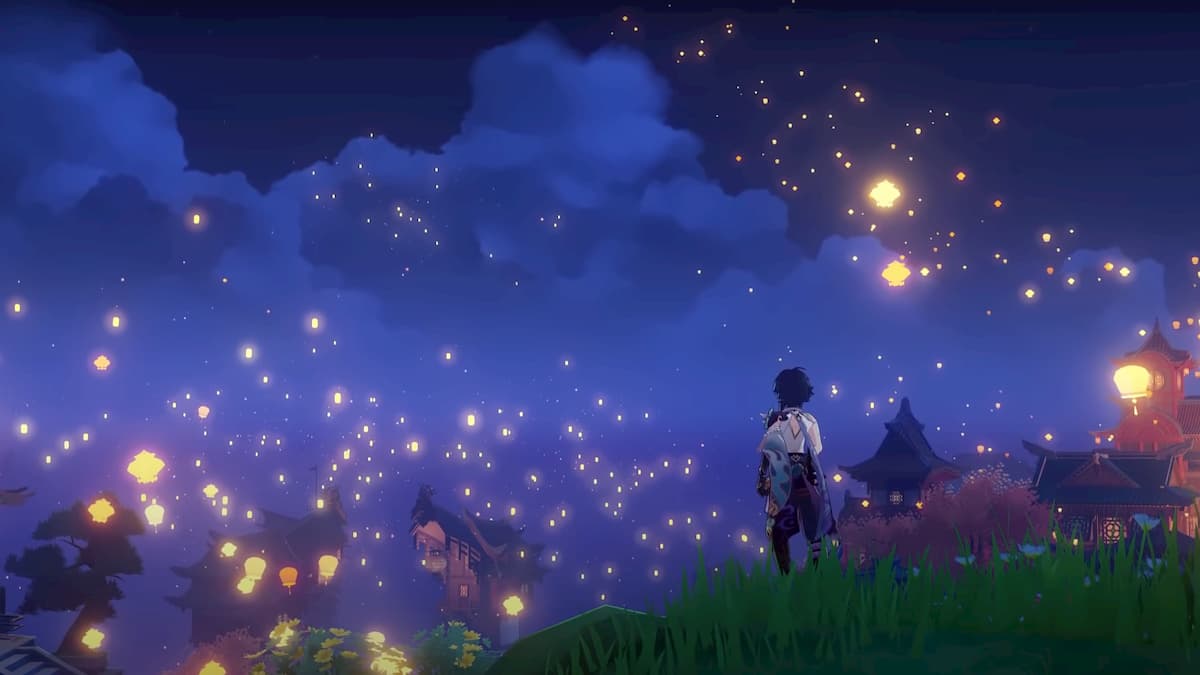 Last week saw the release of the new Lantern Rite event in Genshin Impact, an event meant to celebrate the Lunar New Year as players are tasked with bringing festive joy to all parts of Liyue while crafting beautiful Xiao Lanterns. The event also introduced a new activity called Theater Mechanicus, a tower defense mode that might initially seem a little out of place in MiHoYo’s beautiful open-world exploration game.

But after battling my way through its first five difficulty levels, I’m now convinced that this is easily the best timed exclusive game mode we’ve seen in Genshin Impact thus far.

While I’m still a relatively new player, I’ve certainly seen and even experienced the game’s past events and exclusive game modes to a small extent. The one thing they all had in common: they were combat-focused DPS checks that largely pushed you into using a select few characters if you wanted to clear them quickly for your rewards.

The Dragonspine update, for instance, introduced the tweaked Cryo Regisvine fight that required you to have a ranged Pyro character if you wanted to beat the boss quickly without wasting too much time. And considering how unpopular Amber is in the current Genshin Impact meta, you can only imagine the frustration of the community as they had to put aside one of their mainstays to make way for the bunny girl archer.

Theater Mechanicus, however, is the total opposite. In this game mode, levels don’t matter, and you can bring in any four characters you want, whether you’ve leveled them up or not. Your characters can’t deal damage in this mode, and you instead have to rely on your towers to push the enemies back.

That said, you can still use your character abilities to create various elemental synergies to assist your towers. Having Fischl summon Oz, for example, will allow you to constantly apply Electro to an enemy, and if you have a Hydro tower nearby, you can create the Electro-Charged effect for big damage.

The beauty of this game mode is that the underappreciated or underused characters of Genshin Impact’s extensive roster finally get to shine.

The Geo Traveler proves to be exceedingly useful for bringing up walls to impede enemies’ progress, while Barbara can inflict Hydro quickly and pair that up with a Cryo tower to freeze them.

The event’s a great opportunity for players to explore the elemental utility of each character and see how their abilities can translate to combat outside of Theater Mechanicus should they choose to level them up.

It’s also served as a highlight for Genshin Impact’s gameplay core and what sets it apart from Breath of the Wild, the open-world game it’s often compared to: the elemental synergy that’s required to defeat your enemies swiftly.

And, of course, I’d be remiss not to at least mention the rewards that you get for participating in Theater Mechanicus. By completing objectives and challenges like clearing a level with only a certain number of Mechani built, or without letting a single enemy escape, you can earn Peace Talismans.

These are then used to buy items at Xiao’s Market, which offers a variety of incredibly useful items like Hero’s Wits, ascension materials, and Talent items.

Spend at least 1,000 Peace Talismans (which can be achieved very quickly) and reached the max Festive Fever rank by the end of the event, and you get a free 4-star character as well.

The rewards for a single event have never been more attractive in Genshin Impact, and the fact that Theater Mechanicus itself feels well thought out and actually fun to play is the cherry on top.

It feels like MiHoYo has truly hit its stride with their consistent updates to Genshin Impact, though it’s worth mentioning that the barrier to entry for most of these events is still a tad high.

For instance, just being eligible to participate in the Lantern Rite requires players to have their Adventure Rank in the 20s. Players who have been active in the game for at least a few weeks will have crushed that requirement easily, but new players who have heard so much about the game’s attractive events and rewards and are only just now getting into it will have to pour in quite a bit of time to get to that level.

Even so, months after its release, Genshin Impact continues to be a game that delights its community at every corner. There are missteps, sure, but it’s proven to be a game that feels incredibly rewarding if you’re willing to put the time into it.