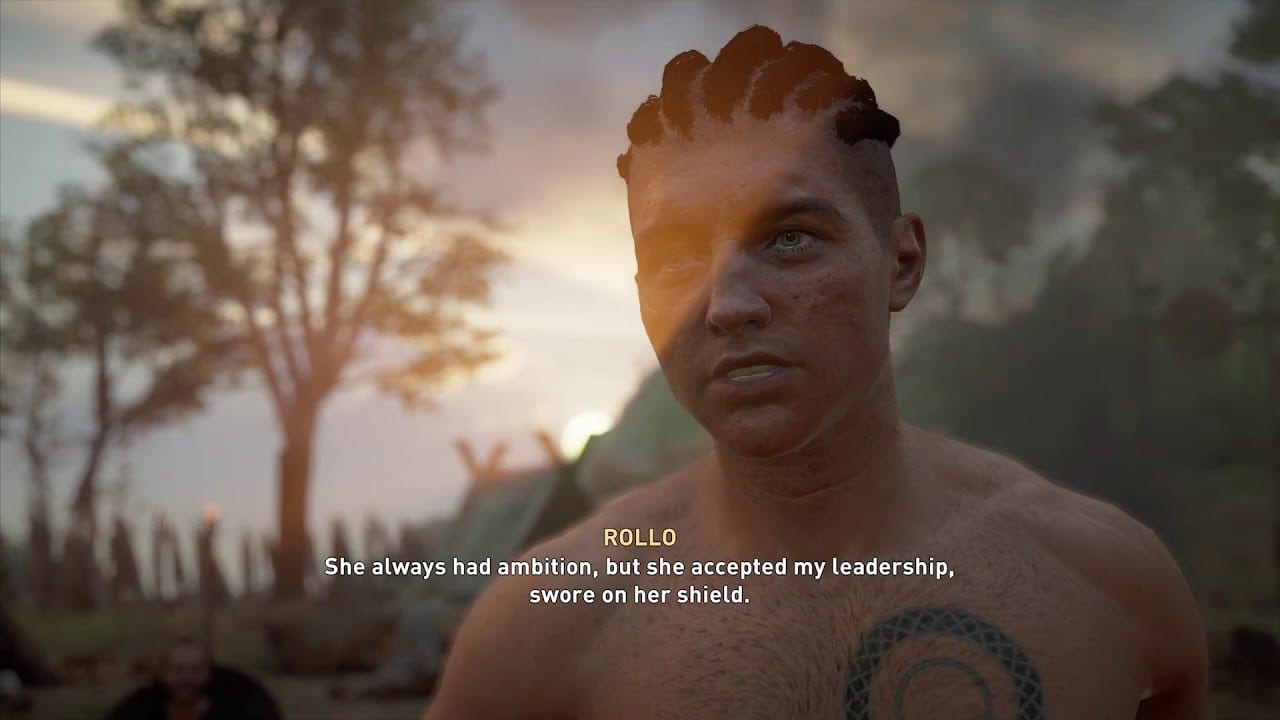 Who Is Rollo’s Traitor in ‘Old Wounds’ – AC Valhalla

To cut right to the chase, Gerhild is Rollo’s traitor in the Old Wounds quest. If you’re wanting to know how we figured this one out, continue reading.

If you speak to both Gerhild and Lork, they’ll both provide you with an alibi. They claim they were both out hunting rabbits for when Rollo returned, but Lork also mentions he saw Gerhild speaking with a Saxon.

Given Gerhild dislikes Rollo for seeing Estrid, it’s unlikely that she’d have a Saxon lover, as she claims when you raise this point with her.

Just to the left of Gerhild, you’ll find a hiding spot that can be highlighted with Odin’s Sight.

Once you’ve found this, you can speak to both Lork and Gerhild about it. Lork will confess he was actually sleeping instead of hunting, and hid when the attack on Rollos camp happened. Gerhild, meanwhile, will claim she was meeting a lover, the Saxon that Lork saw her with.

Gerhild not only lied about hunting, but she was seen speaking with a Saxon, and couldn’t explain why she was left alive during the attack on the camp.

As such, it becomes pretty clear that Gerhild is the traitor in the Old Wounds quest. Accuse her and Rollo will be pleased you’ve been able to rid him of a traitor.

What Happens If You Pick the Wrong Traitor?

If you claim that Lork is the traitor, then Estrid will get injured later on in the game after an altercation with Gerhild. Plus, Gerhild will still be alive, and this makes trying to get Estrid out of England that little bit trickier.

For more on AC Valhalla, head over to our wiki, search for Twinfinite, or check out more of our coverage on the game below.