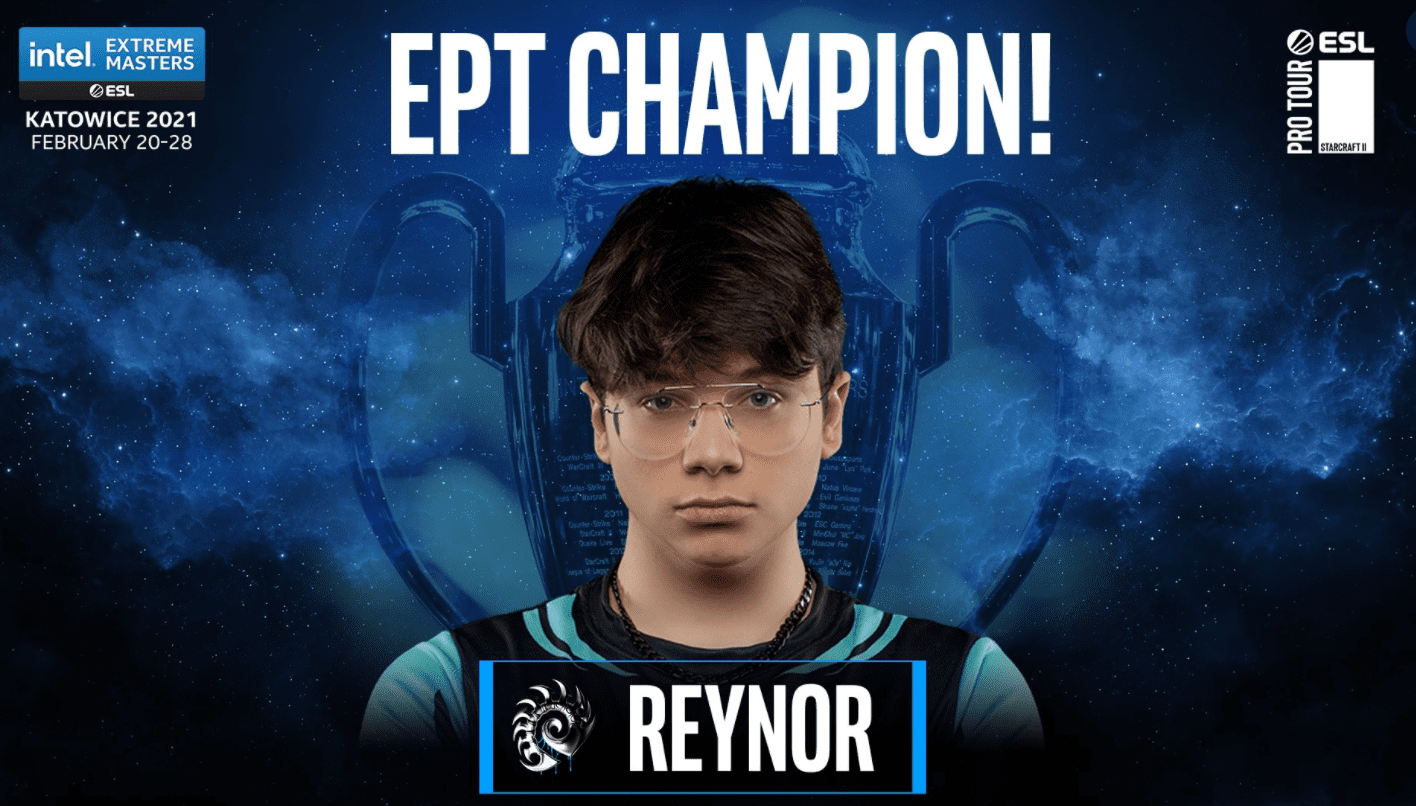 Italian Zerg phenom, Riccardo Romiti, better known in the community as Reynor, has won the StarCraft 2 Masters Championship at IEM Katowice. This marks the end of the 2020 StarCraft 2 tournament circuit run by ESL and is now effectively the grand finals of StarCraft 2 since Blizzard passed the reigns over to ESL.

Reynor went through a gauntlet of the world’s best players to secure his win, defeating Korean StarCraft II legends: Stats (P), Dark (Z), Maru (T), and finally Zest (P) in the grand finals. Reynor had to get a win in all three matchups in the playoffs before eventually facing off and beating Zest 4-2.

Reynor’s win is the second time a player from outside of Korea has become StarCraft 2 grand champion; the first time was when Serral won back in 2018.

This development shouldn’t come as a surprise to anyone that has been following the StarCraft 2 esports scene closely over the last few years. He was the runner-up in the 2019 world champion losing that year to Dark.

Reynor has been a fixture in WCS/IEM circuit even at an extremely young age, and at 18, is just now hitting his prime and is already a grand champion.

For Zest, this is the second year in a row that he made it to the grand finals but ultimately lost. StarCraft 2 fans tend to have a soft spot for consistent contenders that don’t ultimately win, so I’m sure fans will be pulling extra hard for Zest next year.

Congratulations to Reynor and his family on the big win!