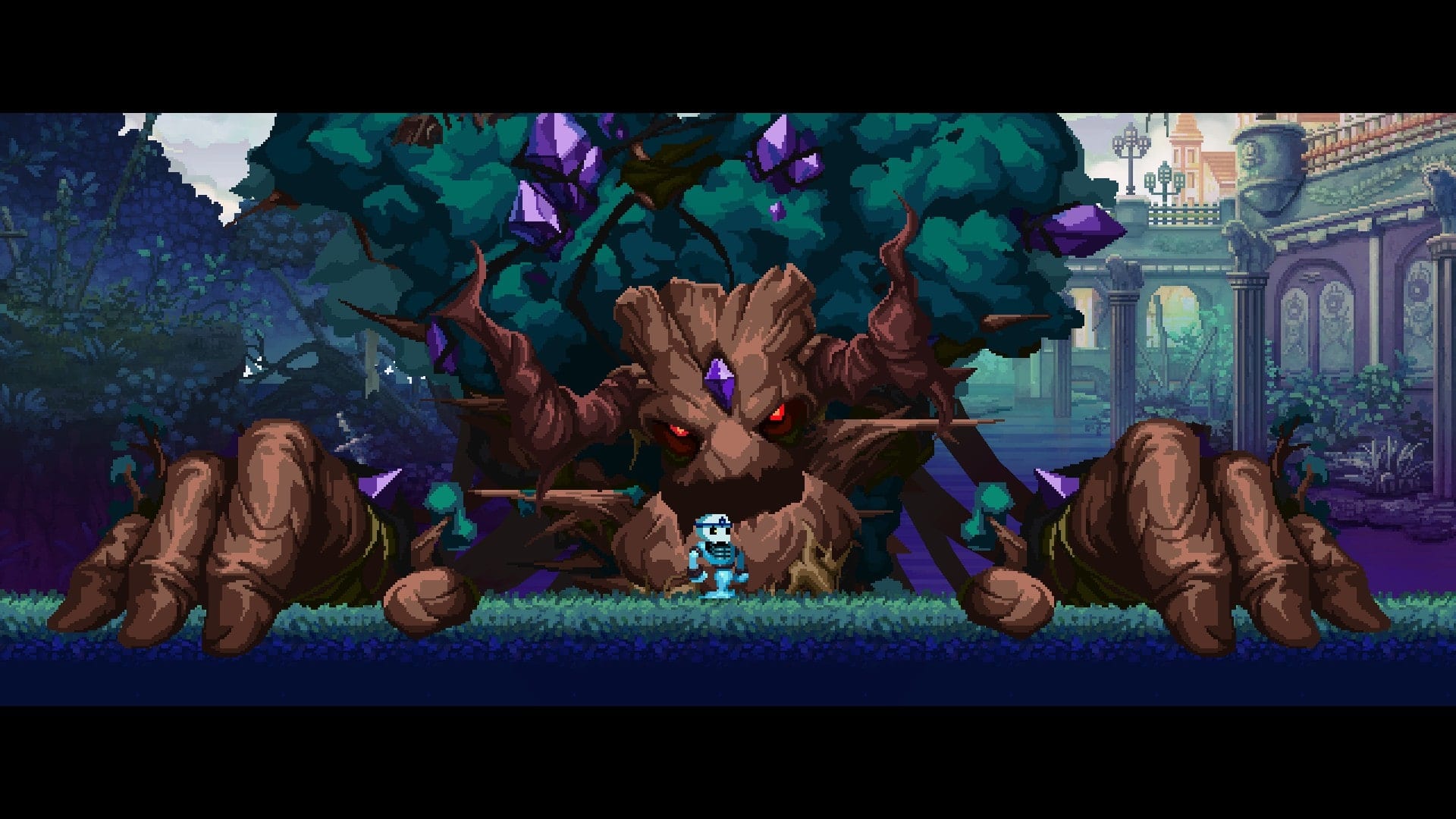 If you’ve just picked up Skul: The Hero Slayer after the game left early access last week, you might still be struggling with some of the early game content. Here’s how to beat the game’s first real boss, Yggdrasil.

We’ve already put together a handy little tips and tricks guide for those just starting out, but we wanted to give a little bit more information in case you’re still struggling or are just starting your Skul journey today.

How to Beat Yggdrasil Boss Fight

Aside from the mini-boss fight against one of the heroes halfway through the first world, Yggdrasil is the first real boss you’ll face on your quest to save the Demon King.

Yggdrasil has two phases, though the second is mostly just a beefed up version of his first phase.

For the first phase, Yggdrasil has three main attacks. The first is when he raises both of his fists in the air before slamming one down on you. The trick to avoiding this attack is to wait until the last second and to dash to the side –make sure to dash and not jump as jumping will just allow the fist to hit you even faster. He’ll attack with whichever fist is closest to you.

You might be tempted to move to the opposite side or to try and move as far away as possible, but unless you get really lucky, it will still hit you. He always does this move twice in a row.

The next attack is his sweep. You’ll see Yggdrasil lean all the way to one side before sweeping his hand across the entire screen –starting with the side he leaned towards, which is usually whichever side you are closer to when he goes for the attack.

The easiest way to avoid this is to stand on the opposite branch until the attack comes. The branch is unfortunately not high enough to dodge the attack, so make sure to jump when his hand gets close. He also always does this move twice and the direction he attacks from can change.

His final attack you’ll see coming a mile away and if you kill him fast enough, you won’t even need to worry about it. Yggdrasil charges up a bright purple blast of energy in the gem on his head. Once it’s charged, you’ll see a barrage of energy blasts fall from the orb above him.

Dashing is the best way to dodge these attacks, but be careful because there will also be small orbs flying out alongside the larger shots. Yggdrasil will be knocked out for a few seconds afterward, giving you a great opportunity to deal some damage and to get off some harder to land skills.

Now, for the second phase. He essentially has the same three attacks as the first phase, though they are a bit harder to dodge and will kill you a lot faster. He also has one new attack, but we’ll save that one for the end.

The fists are essentially the same though he slams them down way faster, so be ready to dodge. The only other difference is that instead of attacking twice per segment, he will attack twice, and then two more times with a small break in between –so, not really four times, but instead two sets of two.

The sweep is also a bit faster and unfortunately, there will be not any branches to give you a bit of extra height aside from the ones attached to Yggdrasil –though those are hard to stand on when he does his lean and will screw you up more often than not.

This move is pretty hard to dodge as you have to time your double jump well to avoid the first swing, with the second swing immediately following from the other direction. He will also do two sets of two with this move.

The energy blast move is a bit different this time around. Though it starts off pretty similar, instead of the shots flying out from directly above his head, they will fall from all over the screen –almost like a rainfall of energy blasts. It also charges up much faster than in phase one.

Finally, phase 2 offers a new move for Yggdrasil: a ground slam that spreads across the entire screen. You’ll know its coming as he raises both of his fists into the air while the floor glows red. You’ll want to jump when his fists are about halfway through the air. He’ll do three slams in rapid succession so be prepared to immediately jump after his slam.

Aside from avoiding his attacks, your main strategy is to get small bits of damage in between each of Yggdrasil’s attack segments. Make sure to take advantage of the post energy blast phase as he’ll be knocked down for a few seconds.

It’s important to keep in mind that you can also only do damage to his head, meaning you’ll either have to jump and attack, attack from one of the branches, or wait until he’s knocked unconcious to give him the smackdown.

Hopefully this helps you kick the old Ent’s ass and to move further in your Skul runs. That’s all you need to know about how to beat Yggdrasil in Skul. Be sure to search for Twinfinite for more tips and information on the game.