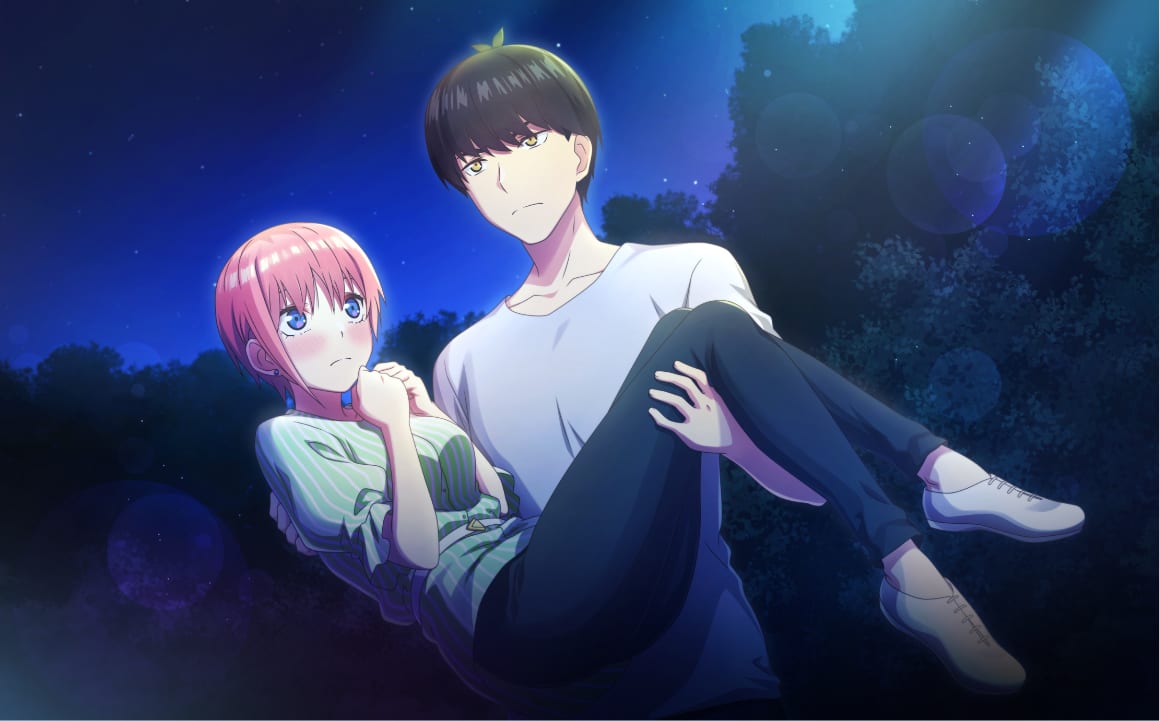 We learn that the player will be able to decide a schedule for the titular quintuplets juggling study, food gathering, free action, and rest.

If you run out of food (which is quite possible since the game is set on an island), you won’t be able to cook, while getting sick will cause academic ability to decline.

Cooking food from available ingredients will restore some parameters depending on the quality of the dish.

As parameters change, they can trigger a variety of events. At the end of the two weeks on the island, Futaro will host a test to make sure that the quintuplets’ academic skills haven’t declined. After that, character-dedicated routes will start.

There are seven character routes and 14 different endings.

You can check out the images below alongside a video featuring Ichika’s voice actress Kana Hanazawa.

No western release has been announced just yet, but you can check out the original reveal and trailer.