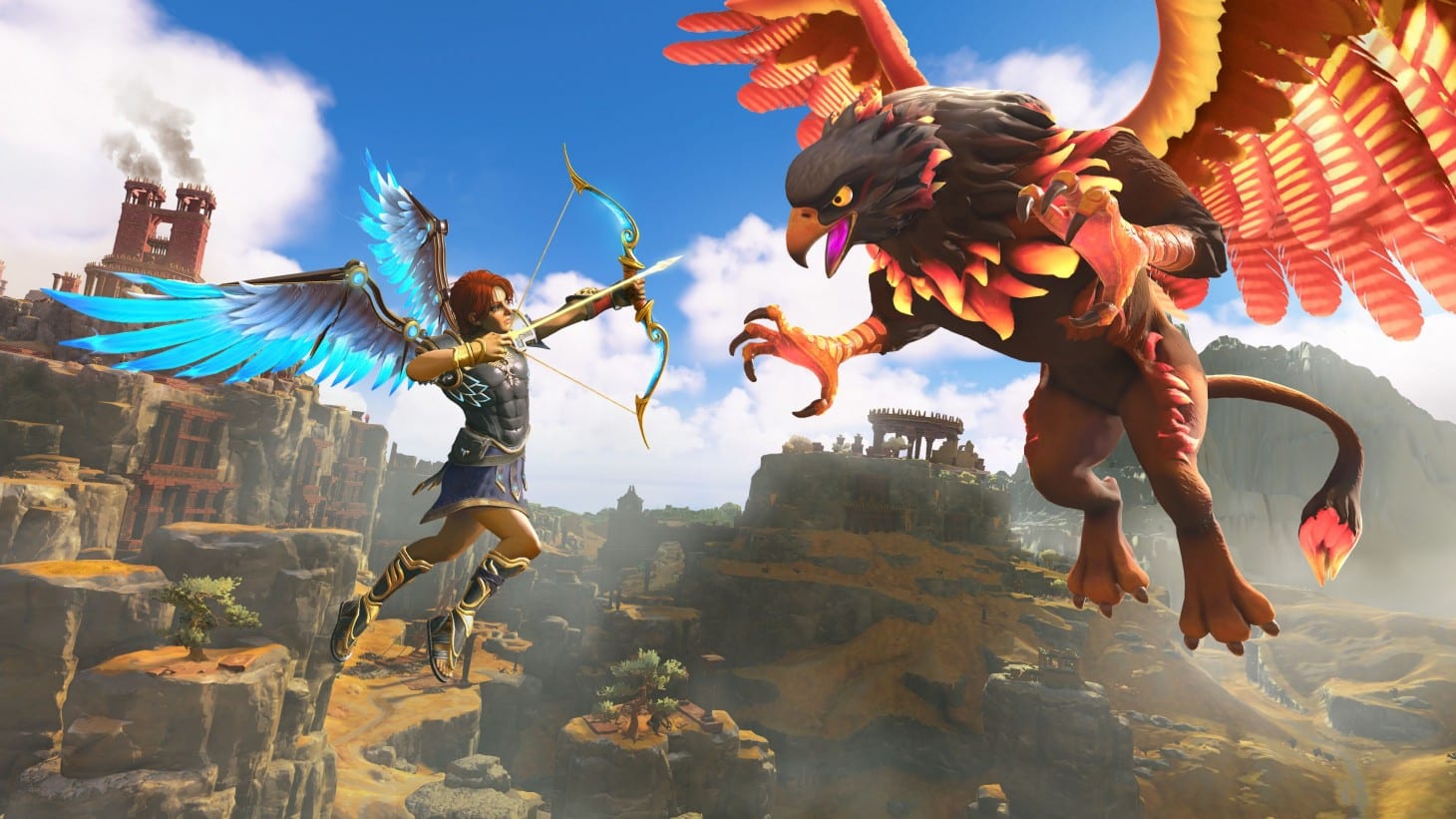 A little bit of a sneaky release, Immortals Fenyx Rising is a brand new open world RPG from Ubisoft that’s themed around Greek mythology. The game lets you play as either a male or female protagonist named Fenyx, as you go on a journey to take down the monstrous god Typhon while finding a way to save your friends and family from a terrible fate. Here’s how to break walls in Immortals Fenyx Rising.

As you’re out exploring the open world in Immortals Fenyx Rising, you’ll inevitably come across various brick walls that are obviously blocking you from accessing treasures and other hidden secrets beyond. They look breakable, but you’ll find that just swinging your sword at these walls won’t do you much good.

Instead, you’ll need to use your heavy attack to break those walls. However, your heavy attack only becomes accessible once you’ve gotten your axe from the first Tartaros labyrinth in the introductory level of the game.

Once you have access to the axe, go to any wall and tap the R2 button, or RT if you’re using an Xbox controller. You’ll now be able to break walls and check out whatever’s been hidden behind them. We’ve included a screenshot down below to show off what these breakable walls look like in-game.

These usually come into play when you’re trying to solve puzzles, so always be on the lookout for breakable walls when exploring a new environment and trying to find a way forward. There are a few scattered around the tutorial island, and it’s definitely worth seeking them out for extra resources.

That’s all you need to know about how to break walls in Immortals Fenyx Rising. Be sure to search for Twinfinite for more tips and information on the game, or check out our wiki.