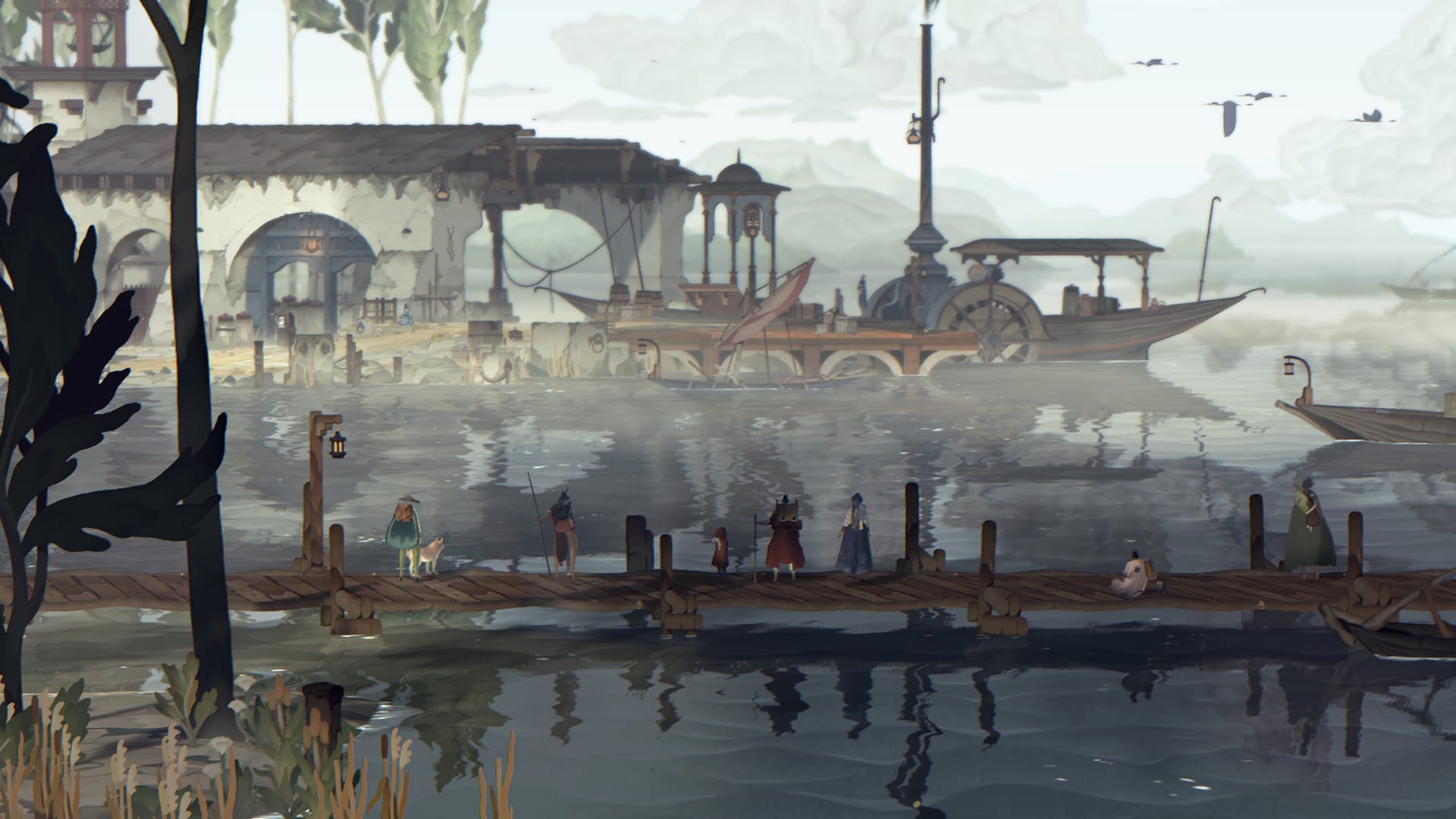 Book of Travels isn’t a game that I was familiar with until earlier today, but I’ve not been able to stop thinking about it since. The upcoming online RPG is being developed by Swedish indie studio Might and Delight, and from what I’ve seen so far it looks absolutely magical in a new 30-minute gameplay presentation that was published earlier this week.

Described as a “Tiny Multiplayer RPG,” it’s a small-scale online game with a focus on exploration and discovery. There’s combat, too, of course, but it takes a backseat to the business of just role-playing your character and interacting with the world in different ways.

To that end, Book of Travels been built around a design imperative not to push players too firmly in one direction; there’s an overarching narrative, but the story content sort of exists in the background as opposed to forming a central pillar of the experience.

Most of your time is spent ambling around in a journey of discovery, interacting with NPCs, crafting, and generally role-playing as you please. You can even pop into teahouses to sip on a local brew and soak in the ambiance!

And that’s something you’ll certainly want to do given how strikingly beautiful Book of Travels’ art-style is. It has a relaxing, pastel-like quality that goes hand-in-hand with the laid-back pace of its gameplay. I also absolutely love the unusual third-person perspective, which almost makes the game look as though it’s a side-scroller before you realize it’s possible to move in any direction.

As you’ll hear in the below video, commentary from creative director Jakob Tuchten talks use through the game’s various mechanics and features, as well as explaining Might and Delight’s design ethos when conceptualizing how the team wanted people to engage with Book of Travels.

It truly does look brilliant, which is an opinion presumably echoed by the more than 7,000 Kickstarter backers who helped Book of Travels absolutely smash its funding targets since going live.