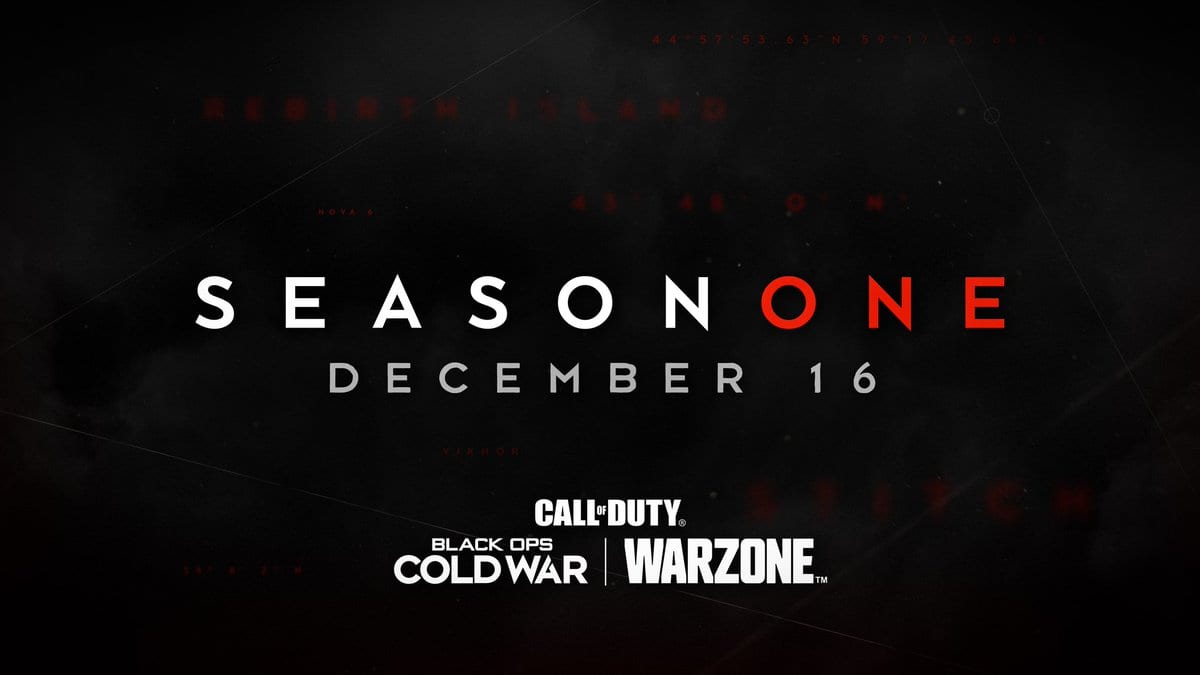 Treyarch and Activision have released an update on the upcoming first season of Black Ops Cold War, revealing that the launch has been delayed by six days and that a new Warzone map will release at the same time.

Season one of Black Ops Cold War will see progression in the new game and Warzone combined, with the weapons pool also becoming one, and it was initially due to begin on Dec. 10. It will now start six days later than planned, on Dec. 16.

To satiate fans of both games in the meantime, Activision has teased what can be expected from the update.

Most notable is the announcement that a brand new map will be coming to Warzone, separate from Verdansk. Presumably, it will be to do with the Rebirth Island that has been teased for a few weeks and can be seen in the background of the Season One promotional image.

No details on the map have been given, or how it’ll be integrated with all the modes in Black Ops Cold War Season One, but Activision has also revealed that “a new Gulag experience” will also arrive alongside the new map.

Any Warzone players who log into the game between 10am PT on Dec. 8 and 11am PT on Dec. 15 will be granted two free cosmetic bundles, the details of which you can see on the Call of Duty website.

A huge amount of new content will also be coming to Black Ops Cold War. On Dec. 16, players will get “new Multiplayer maps, new and fan-favorite 6v6 modes and playlists, the return of 2v2 Gunfight with four new maps, and a massive new Fireteam map.”

Also, the legendary Black Ops II map, Raid, will be coming with the launch of Season One.

Finally, a Double XP and Double Weapon XP period will be in action in Black Ops Cold War from 10am PT Saturday, Dec. 12 until the launch of Season One.

For all the tips and tricks you’ll need on Season One for both Black Ops Cold War and Warzone, be sure to check back with Twinfinite from Dec. 16.