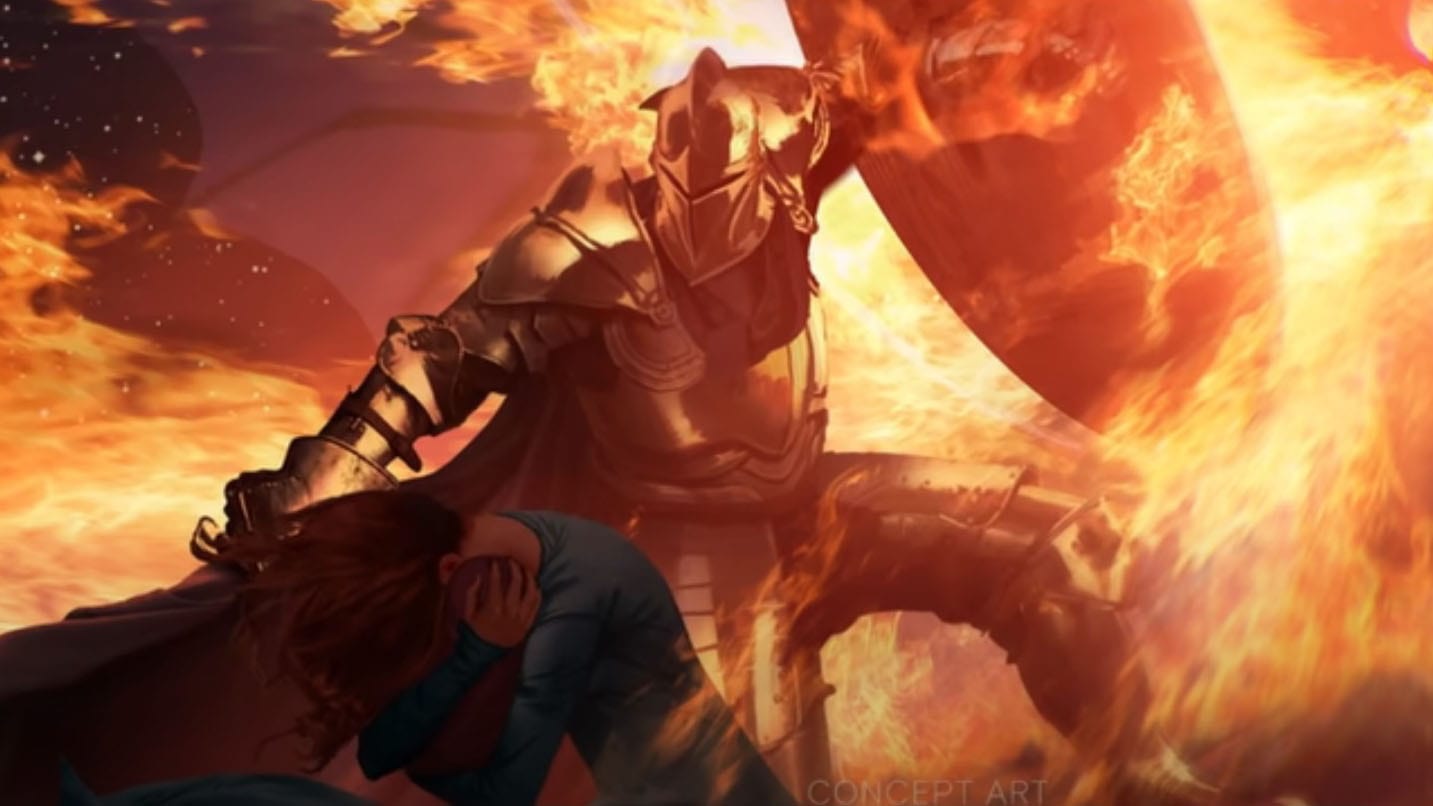 Electronic Arts just announced some relevant changes at the helm of BioWare and its current projects.

While a new general manager is being scouted, senior vice president mobile, maxis, & bioware Samantha Ryan will continue to oversee the studio.

Below you can read the full announcement from EA chief studios officer Laura Miele.

“We strive for all of our studios to be places where talented creative people come to do career-defining work. A dimension of this ambition is that sometimes those people want to try something different. Casey Hudson, GM, BioWare and Mark Darrah, Executive Producer, Dragon Age are two of those people and they have decided to move on from BioWare. I want to personally thank Casey and Mark for everything they have done for the BioWare community, and particularly for our players. They will always be an essential part of the studio’s history, we appreciate their many contributions, and we look forward to seeing what they’ll each do next. More from Casey here and Mark here.

When I think about BioWare’s future and the next generation of talent in place, I could not be more confident or optimistic. As we look to the studio’s future and the projects currently under development, the next generation of BioWare talent is leading the studio forward and working on some incredible games that I know you will be excited to experience in the coming years.

Samantha Ryan, who came to Electronic Arts after leading Warner Brothers Games, is one of the strongest leaders in the industry. She will continue to oversee the studio. I’m also excited to announce Christian Dailey, who joined BioWare from Blizzard, will be leading our Dragon Age project currently in development. Christian is a fantastic creative leader and I look forward to you all getting to know him in the coming days. We recently announced Mass Effect: The Legendary Edition and Mike Gamble is leading a team hard at work on that franchise’s future.

The search for a new GM is underway and we are already talking to some great people. We will find the right leader who has a deep love and respect for this studio’s heritage, who embodies the values of this team and who will help carry on the incredible legacy of BioWare”

“I’m incredibly fortunate to have had a career where I’ve been able to work with brilliantly talented people, create entire worlds from our imaginations, and see them being enjoyed by millions of people around the world. And now, after nearly 20 years of work at BioWare, I’ve made the decision to retire from the studio and make way for the next generation of studio leaders.

It’s not an easy decision to make, and big changes like this always come with a certain degree of sadness. I will miss being able to work every day with our inspiring developers on the biggest and most exciting projects I can imagine. But I also know that this is a good time for a change, for both myself and BioWare.

When I became Studio GM a little over three years ago, our goal as a leadership team was to position our people and projects for long-term success. Now, as BioWare celebrates its 25th anniversary, the studio is poised for an exciting new era of amazing games. This year we’ve been inspired by the continued community support for our ongoing work on Star Wars: The Old Republic and Anthem. A few months ago we provided a deeper look at the work that’s going into the next huge Dragon Age game. And on N7 Day we announced Mass Effect: The Legendary Edition and gave a hint at what’s coming next in the Mass Effect universe. It’s an exciting time, both in terms of projects you’ve heard about, and some things not yet announced.

Arriving at this point has been an opportunity for me to reflect on my own future, and 2020 has been a year that forced all of us to re-imagine how we think about work and life. For me, it’s been the realization that I still have tremendous energy to create, but also that I need to try something different. I’m not sure exactly what that is yet, but I know that I want to start by rediscovering my creative passion through more personal work.

Mark Darrah, the Executive Producer for Dragon Age, is also announcing his retirement from the studio today. We have worked together since the early days of BioWare and I have valued his contribution immensely – especially in recent years as a key partner in leading the studio.

One of the things that makes these decisions easier is knowing that BioWare will move forward with a strong and complete set of studio leaders. We have a very talented leader in Gary McKay, our Sr. Director of Development Operations, who will be BioWare’s interim Studio GM. Christian Dailey has been a driving force for BioWare as Studio Director for BioWare Austin and will be taking over the role of Dragon Age’s Executive Producer. Gary and Christian will have the support of an experienced group of project and department leaders who are ready to guide BioWare into the future.

There are so many people I want to thank for sharing in this journey: Our players, who inspire us and make it all possible. Electronic Arts, which has given us a stable and supportive environment to keep making games even in the most unstable times. And the many amazing people that I’ve had the honor of working with and learning from over the years.

Perhaps most of all I want to thank BioWare’s founders, Greg Zeschuk and Ray Muzyka, for hiring me back in 1998 as a junior technical artist. They took a chance on me and fundamentally altered the course of my life in the most amazing way. Because of their wisdom and foundational values, BioWare has always been a company built on humility, integrity, and the idea of finding great people and fully empowering them. We’ve been fortunate to have found success, and I know those enduring values will continue to guide BioWare’s success in the future.

It’s profound and humbling to look back on a decades-long career and think about the things we’ve achieved together. It’s hard to make the decision to move on, but I’m excited about what’s next, for all of us.”

We also get a message from Darrah.

“I have been at BioWare since the 90s. Back when CRPGs were considered a dead genre. Through the last 23 years, I have watched video games evolve and grow into a truly powerful communication medium. We are an important part of so many people’s lives. And BioWare has been a part of this journey. Though I remain confident in BioWare’s strength and continued place in this conversation, I have decided to retire from my position at BioWare.

This has been a very difficult decision for me. The team of amazing developers on Dragon Age, make my life fuller and better. They have taught me so much. But the strength of the team is also what makes this possible. I know that Dragon Age won’t just survive without me, it will thrive.

BioWare has always been about telling emotional stories through characters. We have wandered away from this central guiding pillar at times, but I am confident that the next Dragon Age will show that we remain committed to this kind of game. We will have a lot to show you.

This year has been transformative to the way we do everything. The way we work, the way we socialize; these are things that have changed. Some of these changes are temporary but others will remain forever. I believe that this gives us an opportunity to bring in new voices. To reimagine how we work. To strengthen how we tell stories.

Dragon Age will be in good hands. Christian Dailey will be moving into the Executive Producer role. Christian Dailey is a strong leader and will provide great insight into the rest of the Dragon Age leadership who remain. This is a team that includes people with decades of experience at BioWare. I am confident that, together, this is the team that can make this Dragon Age the best one yet.

Matthew Goldman remains the Creative Director. He has been on Dragon Age since the early days of Dragon Age: Origins. Like me, he has been involved in the franchise as it has changed over the years. He has a deep understanding of what it has been and what it has the potential to be.

Mass Effect too has an exciting future. I won’t say too much but I am impressed by the growth of Mike Gamble and I am looking forward to all that franchise will do under his leadership

Likely you are reading this entry after reading a similar one from Casey Hudson. If not, surprise! He is also announcing his retirement today. Casey has taught me a lot of things over the years, especially since his return three years ago. I look forward to seeing what he does next.

This has been a long and exciting journey. I am incredibly grateful to Ray and Greg for taking a chance on a new graduate back in the earliest days of BioWare. I have done my best to live up to the values that they set in those early days. Values I think still flow through the (now virtual) halls of BioWare.

More than anything I am thankful for the ability to have touched so many lives. To have given people a chance to explore themselves through our games. I like to think I have helped make some of your lives a little better. I hope I’m right.
I don’t know what’s next for me, but I’m excited to find out. Just as I’m excited to find out what Dragon Age now becomes.”