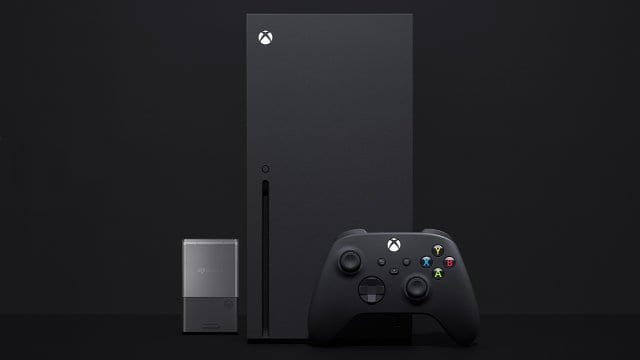 Games need to be installed. Installed games require lots of storage space. Storage space is finite on your console, so you’re no doubt wondering how to get more storage space on Xbox Series X. In this guide, we’ll run you through both options so you can game-on without worrying about updates or file sizes.

There are currently two ways you can get more storage space on the Xbox Series X. The first is to get an official Storage Expansion Card, and the other is to plug in a USB 3.0 external hard drive into the USB port on your console.

The best and most advisable option is to get the 1TB Storage Expansion Card. This slots right into the back of your Xbox Series X or Series S and essentially doubles the storage space you’ll have on the Series X.

What makes the Storage Expansion Card the preferable option is the fact that games can be installed directly to it and loaded from it without any dip in performance, like load times or transfer speeds. In other words, it functions exactly like the internal SSD.

The alternative is to use an external USB 3.1 hard drive, just as you did on your Xbox One. While this is certainly the cheaper option, it comes with some drawbacks.

To start, you won’t be able to play games optimized for the Xbox Series X|S directly off the external drive. If you want to experience these optimized titles, you’ll need to transfer them from the USB drive to your console’s internal SSD.

You also won’t be able to play Xbox Series games directly from the external hard drive at all. These require the high-speeds of the Xbox Velocity Architecture and internal SSD and so must be installed on the console’s internal SSD, or the official Storage Expansion Card listed above.

Now you know how to get more storage space on Xbox Series X. For more tips, tricks and guides on Microsoft’s two shiny new consoles, be sure to search for Twinfinite, or check out more of our coverage below.