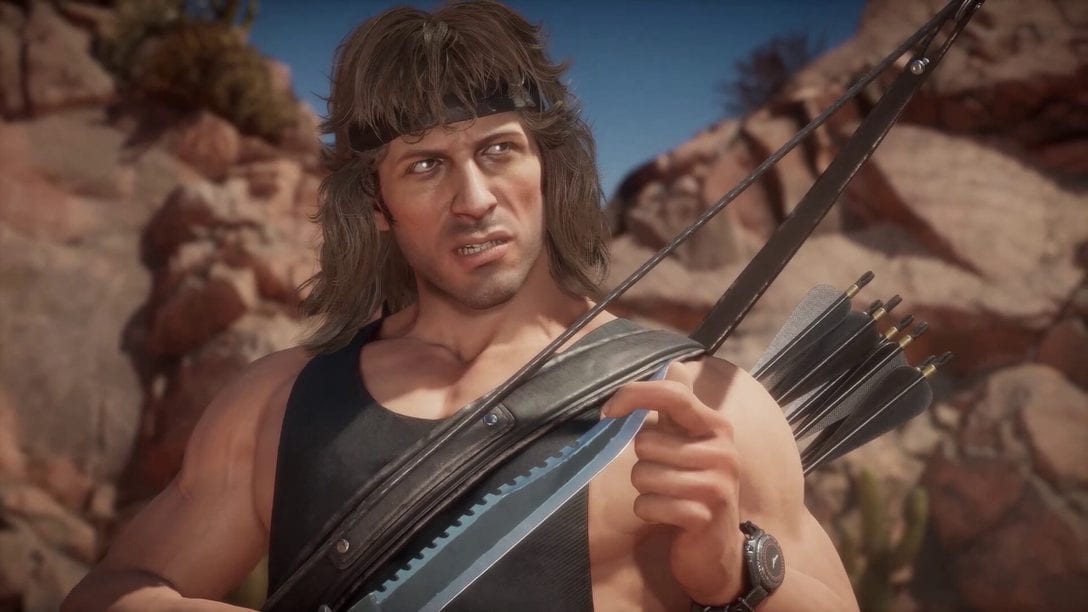 It’s a battle of ’80s cinema icons, or at least that’s the tone of the latest trailer for Mortal Kombat 11 Ultimate showing off one of its new Kombatants.

Streamed via the official Mortal Kombat YouTube channel on Nov. 16, the trailer offers a glimpse at the moveset the edition’s new DLC fighter, Sylvester Stallone’s Rambo, will offer to players. Not only that, but it does so by showing off what his attacks can do against another revered action movie character; that being Arnold Schwarzenegger’s Terminator.

Using a variety of weapons and traps from his namesake films, Rambo can tear enemies apart with both melee and ranged attacks. One moment, he could be peppering them with arrows and streams of bullets from a machine gun; and the next, he can slice them to ribbons with a combat knife before trapping them in a pitfall.

It all culminates in a Fatality which is the perfect blend of Rambo’s resourcefulness and Mortal Kombat’s love of gory violence: After strapping a bandoleer of bullets to the Terminator, he kicks him into an electrified fence, setting off the projectiles and blowing the cyborg’s lower body off. He then walks up to the machine and delivers the finishing blow with his knife, bisecting its head with one clean cut.

It’s about as over the top as one could hope for, and based on the trailer’s title, it’s only the first round of the fight that will be shown off between the two. Fans of the characters, and of the Mortal Kombat series, will definitely want to see the carnage in full down below.

Mortal Kombat 11 Ultimate and its DLC fighters are set to launch on Nov. 17 on PlayStation 5, Xbox Series X, PlayStation 4, Xbox One and PC. For more on the game, check out a recent trailer showing off Mileena in all her gory glory.