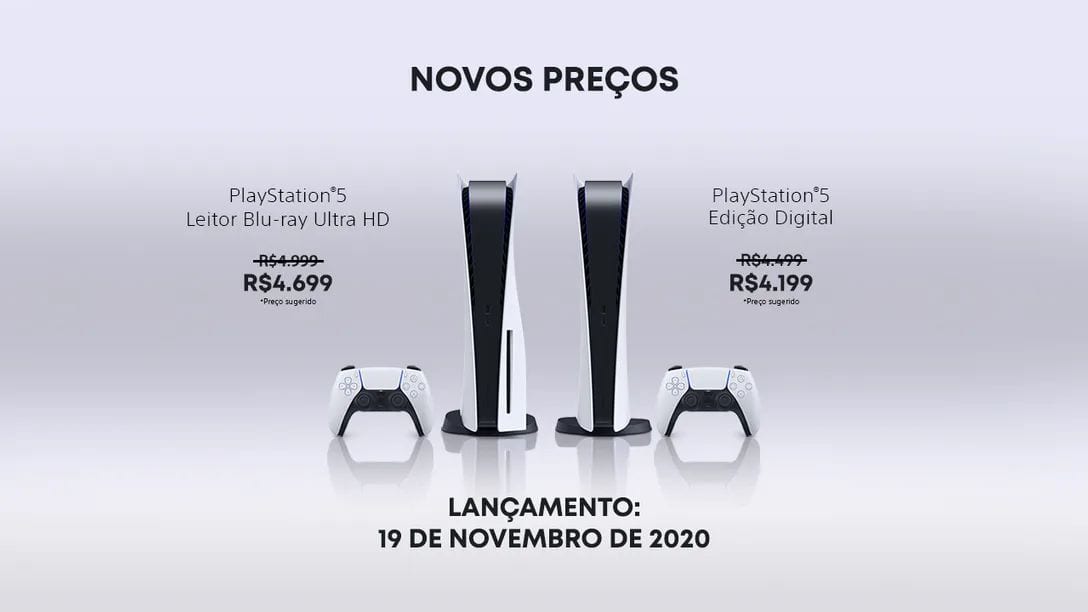 Brazil is notoriously affected by extremely high prices for consoles, and the PS5 isn’t an exception. Luckily, Sony has decided to help a little.

Today the house of PlayStation has announced a price cut for the upcoming console and some of its accessories on the local PlayStation Blog (via Restera).

Do keep in mind that this still translates into US$730 for the entry-level diskless version, so it isn’t exactly cheap regardless of the price cut.

This is due to recent tax cuts announced by the local government and also affected the price of Xbox Series X and S, which were dropped last week.