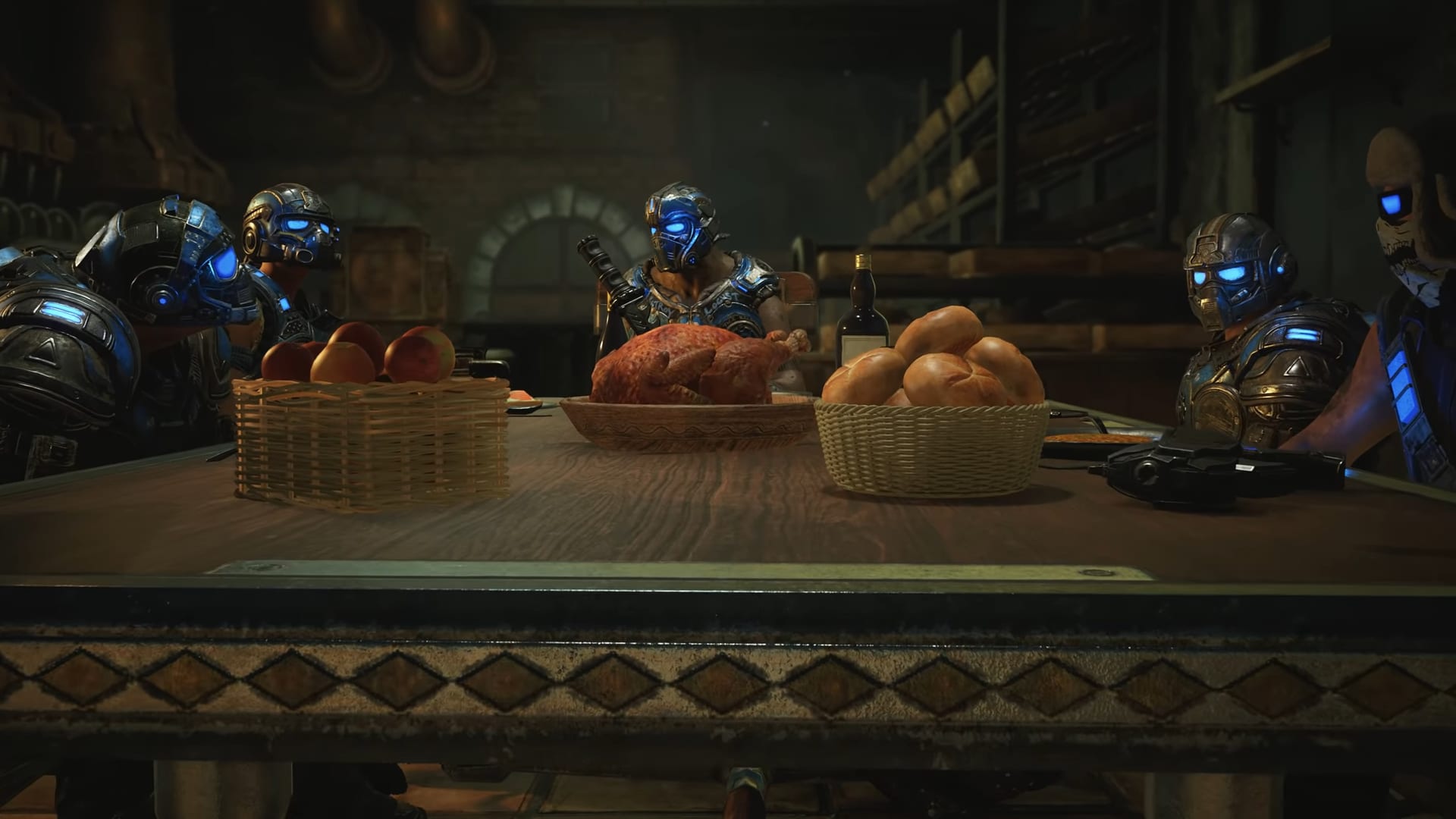 Microsoft’s Gears 5 celebrates Thanksgiving this week with the return of its “Thanksgibbing” event with a different multiplayer mode and free rewards.

Like previous years, the Thanksgibbing event features a twist on the regular competitive multiplayer modes by giving all players the Cluckshot weapon, a Boomshot that shoots exploding chickens.

The difference this year is that hitting an active reload on the weapon will cause the chickens to lay exploding eggs that carpet bomb anything underneath it while flying through the air. The Thanksgibbing playlist includes five-versus-five team deathmatch, Dodgeball, and Guardian.

Developer The Coalition also announced today that it would be giving all players 4,000 Gears Coins after fixing a bug that gave Ranked players three times the normal amount of rewards from Ranked placement during Operation 4 after Operation 5 launched last week.

This left some players with hundreds of thousands of Gears Coins that could be spent on PvE ability cards and cosmetic items from the in-game store. The studio said players who purchased anything during the time will keep the item and be refunded the amount of the purchase.