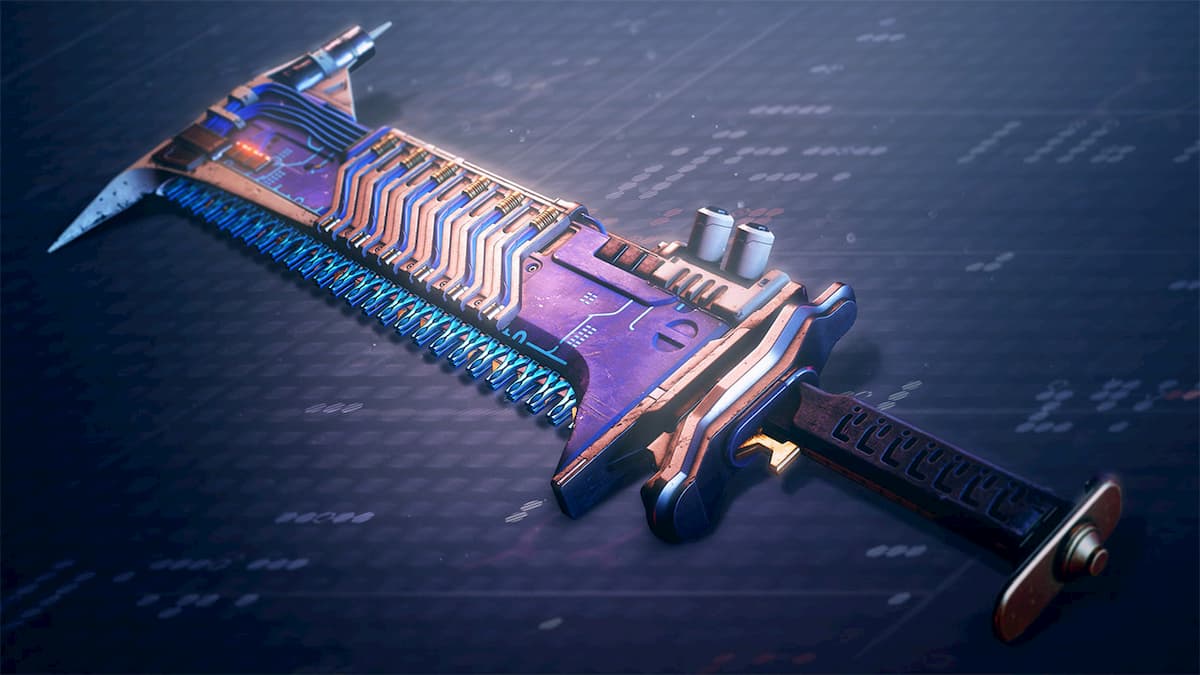 Destiny 2: Beyond Light is here and, obviously, there are lots of new exotics to obtain both in the weapons and armor departments. A lot of what has been released in the expansion so far is quite powerful, so many people have their eyes on The Lament, an exotic sword that lets you tear through barrier champion shields. We’ll go over what you need to know about how to get the Lament exotic sword and how to find the Dead Exos.

How to Get Lament Exotic Sword in Destiny 2

Now that the Deep Stone Crypt has been opened, the quest for the Lament exotic sword, Lost Lament, has been added. Let’s run through the quest steps. They aren’t particularly hard, just a bit time-consuming.

Your first step is to find three Dead Exos. There’s a total of nine but any three will do. The three that are the quickest and easiest to grab are two from the Lost Sectors: Perdition and Bunker E15 and one that is on the way there.

Check them out below:

Above is where it is on the map, and below is what you’re looking for.

You’ll find this dead exo in the last room with the boss.

You’ll find this dead exo in the second to last room under the stairs.

Next, you’re going to head on over to Bray Exoscience. The way should be marked so track it, and you’ll be taken through to a brand new and very large area. Your goal is to head down to the lower levels. As low as you can go essentially and then you’ll head deeper in.

The path is linear once you get down to the lower levels and you will end up at the Giant Exo.

This next step is quite easy. All you need to do is kill a bunch of Vex with swords. Some players have reported the Minotaur, Hydra, and Cyclops step as bugged and only red bar Minotaur kills are counting. Keep that in mind if you feel like the counter for that step is going up slower than it should.

There are two ways you can complete this step. You could spam the Perdition Lost Sector over and over, or, you could look for a Spire Integration public event on either Europa or Nessus. This will spawn a ton of Vex and Minotaurs for you to kill.

This step is also straight forward. Complete any weekly Exo challenge to progress past this one. Exo Challenges are unlocked via Variks so speak to him to sign up if you don’t already have them unlocked.

Another easy, yet time-consuming steps. You’ll need 50 Vex finisher kills on Europa. Simply go to Perdition again, and finish off everything you can. You should get it done in two, very long, runs.

Next, you’ll need to find Blade Pieces from a Transcendent Harpy. Again, this step is very simple, but you will need to complete a Glassway Strike pretty much in its entirety.

When the Vex start spawning in the final room, a Transcendent Harpy will appear along with the bosses. Kill it and you’re done with this step. You don’t need to finish the strike if you don’t want to.

After you’re done with this step, you’ll check back in with Banshee-44 in the Tower and get ready for the final stretch.

Your next step will be to go to an “abandoned bunker” on Europa. It’s Bunker E15, just complete it and you’ll progress the Lament quest to its final step.

8. Complete Reforging the Past Mission

Finally, you’ll need to complete a new mission that will appear in your director on Europa called Reforging the Past. It’s not particularly difficult as long as you’re at a high enough power level. If you’ve gotten this far you’ll be able to complete it.

You’ll receive the Sword during the quest and will be able to equip it if you want, and keep it afterwards.

Complete the mission, return to Banshee-44 and you’re all done with this long, but at the time of this writing, very worth it exotic quest!

That’s all you need about the Lament exotic sword quest and the dead exos. Feel free to check our Destiny 2 Beyond Light Wiki Guide for more helpful tips and tricks.