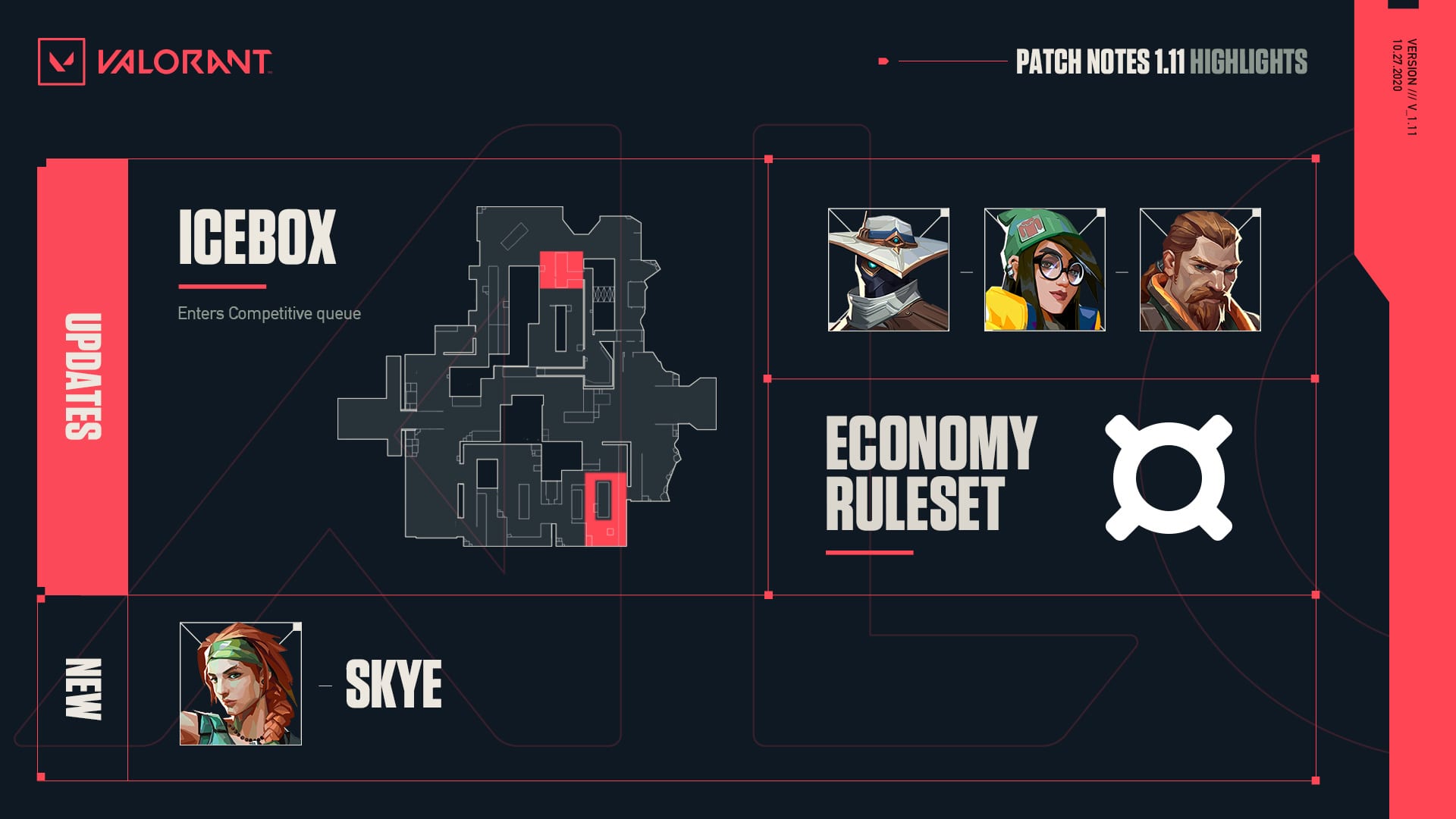 Riot Games continues its support of Valorant today with a new patch that finally sees the introduction of the hotly anticipated new Agent Skye. The Aussie huntress will now be able to unleash her powers across Valorant’s new maps, including Icebox, which joins Competitive for the first time.

The patch notes reveal other notable changes, too, such as tweaks to both Sentinel Agents, Cypher and Killjoy. Cypher’s cameras and tripwires are now disabled and revealed when he dies,.

Killjoy, meanwhile, now needs to be within 40 meters for her turrets to function, though the cooldown for turret redeployment has been reduced from 20 to 10 seconds. There are similar changes to both her Alarmbot and Nanoswarm abilities, too, which are harder to detect and do more damage.

Elsewhere, Breach gets a small buff as his flash duration is increased from 1.75 to 2 seconds.

Here are some of the smaller but equally important tweaks to the economy, quality of life features, and bug fixes: