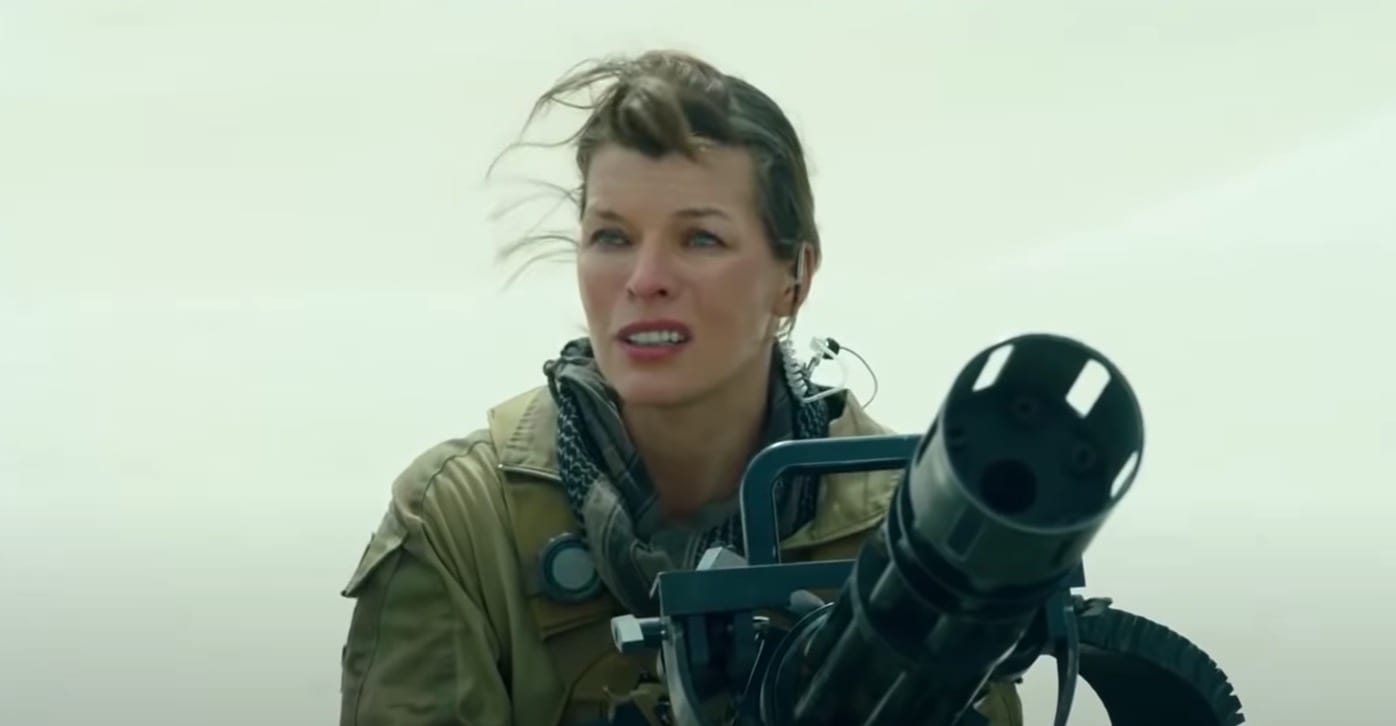 There’s a live-action Monster Hunter movie coming out this December in theaters, and it doesn’t look good. It’s not that the film won’t be entertaining, it just doesn’t seem as though it’s being made to appeal to loyal fans of Capcom’s long-running action-RPG franchise. Let me explain.

The recent teaser trailers for the film have shown = military weapons, tanks, camo, turrets, etc., you know, things that have nothing to do with the Monster Hunter series.

Monster Hunter is about, you know, actually hunting monsters with weapons like a Hammer or a Sword and Shield, but so far, this film has not shown anything that gives me hope that it understands the franchise’s core premise.

The plot is loosely based on Capcom’s series, revolving around a military force (led by Milla Jovovich’s character) that ends up getting sucked into a portal leading to a world populated with gigantic monsters.

So far, we’ve only had a glimpse of two monsters, a Diablos and a Rathalos, and that’s it. Not much else from the video game has been revealed, and it’s worrisome.

I know, I sound like I’m just a whiny Monster Hunter fan that expects more from a live-action adaptation, but is that really too much to ask for?

Surely its success has a large amount to do with the upcoming series being given the go-ahead, so wouldn’t it only make sense for the film to borrow more heavily from that material?

I believe that director/writer Paul W. S. Anderson will try his hardest to create a faithful adaptation but the man has directed most of the live-action Resident Evil films which, while financially successful, have not been faithful to the games.

I want this film to be decent, but Hollywood always seems to have this obsession with adding militarization to movies that don’t need it (I’m looking at you Sonic the Hedgehog and Transformers).

It’s there to attract people that wouldn’t necessarily see a Monster Hunter film, and I understand, but what about those that want a fully-realized adaptation without tanks and Michael Bay explosions?

Of course, there’s no way to thoroughly critique a film that’s not been released yet. We’ve only been spoon-fed little samples of the movie here and there, and now that the film is coming out in December, the time is now to blow the lid off and show us what the heck this movie even is.

Show us more monsters and fewer turrets; more monster hunting and less monster shooting. I’m tired of seeing these trailers getting so many dislikes on YouTube.

There’s a ravenous audience out there that are hungry for a well-done adaptation that pays homage to the films without shaming the franchise name.

Monster Hunter fans are watching, and we’re waiting for more information on this. We need to be convinced that this isn’t just another low-effort video game movie. We’ve had enough of those already. There’s a ravenous audience out there that are hungry for a well-done adaptation and I’m concerned that this is not going to satisfy.

What do you all think about what we’ve seen so far from the Monster Hunter movie? Are you excited for it? Are you holding back until you see more footage? Share your thoughts down below!