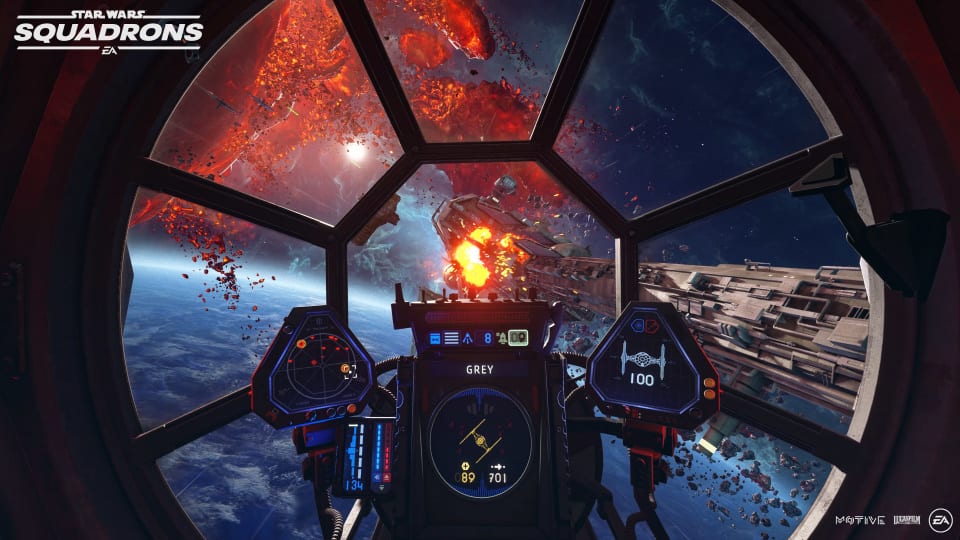 Star Wars Squadrons has arrived and players are able to jump in and start their new career as a fighter pilot for either the Rebel or Empire forces. While multiplayer is a big part of the game, there is also a single-player campaign for those that prefer a more traditional and solitary experience. If you’re here, you might be wondering if there are cheats in Star Wars Squadrons to make your gameplay easier or more fun. Here’s what you need to know.

Let’s cut right to the chase, there are no known cheats in Star Wars Squadrons for PS4, Xbox One and PC. It’s possible that there are some, and they haven’t been discovered yet.

However, considering the trend this generation that makes cheat codes pretty much non-existent, especially on console games, it’s unlikely that cheat codes will surface for Star Wars Squadrons.

This might be disappointing news to some players hoping to fly an unkillable X-Wing of mass destruction or something like that, but at the end of the day that’s just the way gaming is now. Few developers are willing to add them in, and if anything, the stuff you would traditionally see are held out for microtransactions or DLC.

If any cheats are discovered, though, fully expect them to be exclusive to the single-player campaign. Star Wars Squadrons is banking on its competitive multiplayer being the long-term draw for the game. Any cheat codes in that mode would surely break the balance, so don’t hold your breath there.

That’s all you need to know about whether Star Wars Squadrons has cheat codes. Although it’s not the greatest news, hopefully you still enjoy the game anyway. For more, you can check out our latest coverage right here or check out our wiki. Safe flying and remember to stay on target!