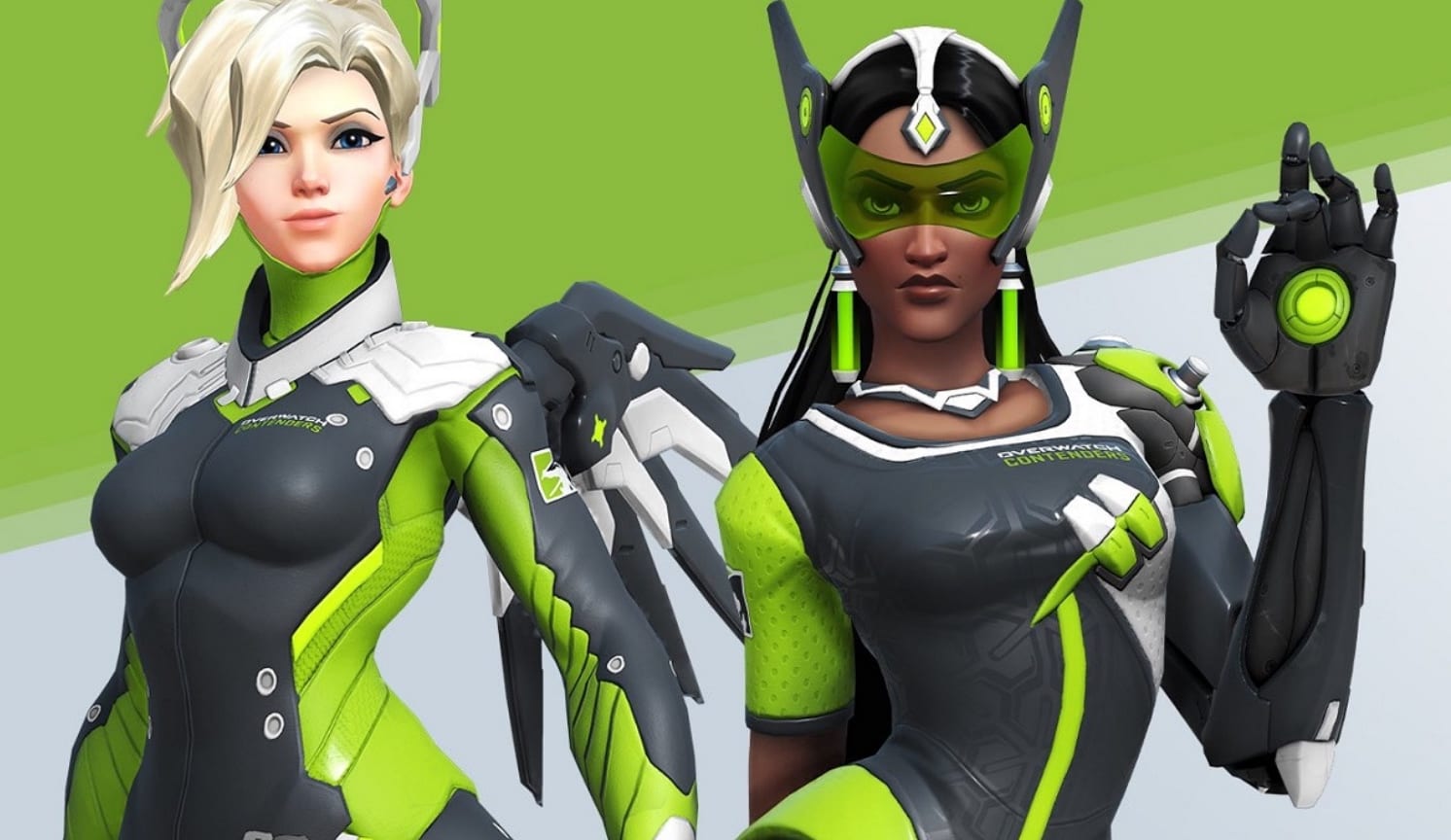 Starting on Oct. 15 to kick off Season Two of Contenders, everyone in eligible regions is gifted the Contenders Genji skin in both green (Home version, pictured above) and white (Away version) when they log into Overwatch. This also comes with a special player icon and in-game spray.

How to Get Contenders Skins in Overwatch

Additional skins for other characters will change up every month and are unlocked by logging into your Battle.net account on the Contenders homepage and watching a certain number of hours of Contenders live coverage.

For October, those characters include Mercy and Symmetra. You can unlock their skins by:

Only Contenders streams will count towards this reward, and it’s important to note the hours only track if you are watching the streams live. Watching them after the matches have ended will not track any hours.

If you are on console (PS4, Xbox, Nintendo Switch), you will also have to make sure your console is linked to your Blizzard account to access the skins once you unlock them. Here is Blizzard’s support page for how to make sure they are linked properly.

You can check the Overwatch Game Client to see if you have unlocked the time-specific monthly character skins. The Genji skin will automatically be gifted to you if you open up Overwatch on any platform after Oct. 15.

Some people have encountered some technical issues for tracking their hours on their Battle.net accounts in October. If you encounter any issues, check out the ‘Troubleshooting With Earning Overwatch Contenders Skins’ subsection of a guide from Blizzard officials here.

And remember that your watched hours will reset at the end of the month, so you won’t be receiving any additional rewards if you continue watching past 15 hours in October.

And that’s all you need to know about how to get contenders skins in Overwatch.

For more Overwatch content and coverage, be sure to check out Twinfinite.

Overwatch: All New Halloween Terror 2020 Skins
Crash 4: How to Get & Change Skins
Genshin Impact: How to Get Wind Glider

Yakuza: Like a Dragon Gets Funny Video All About Nancy the Crawfish