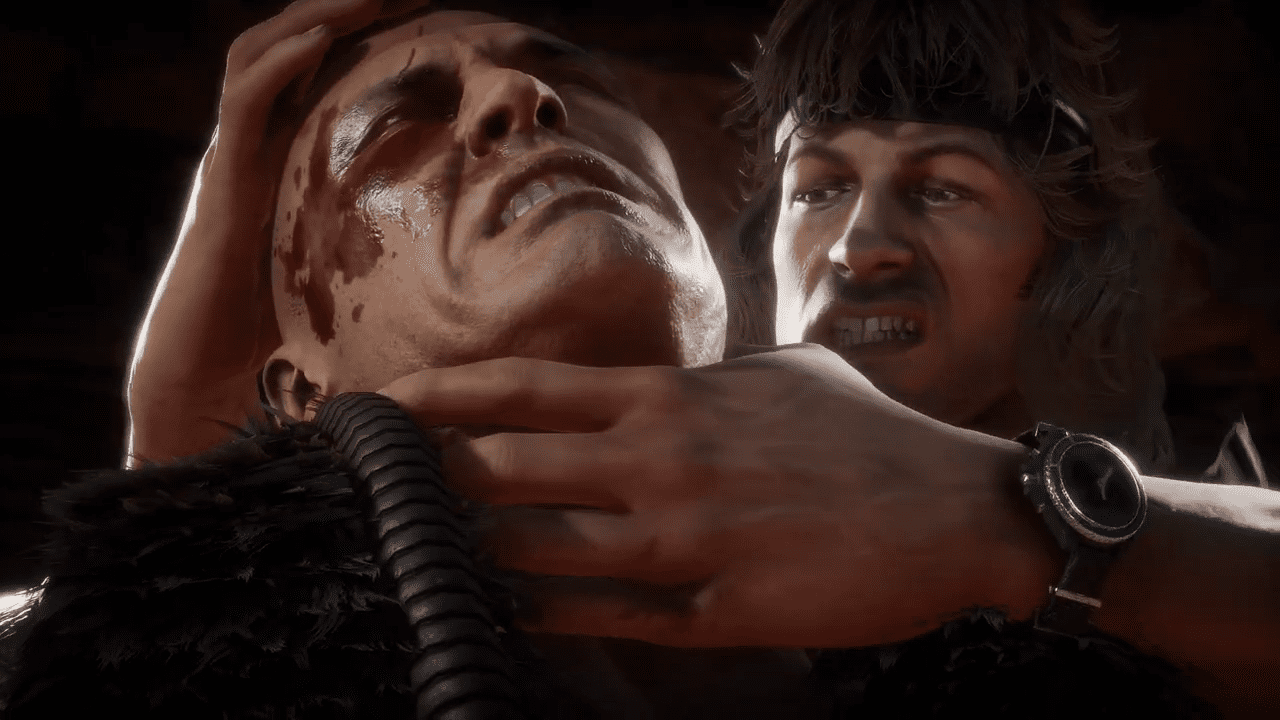 The iconic Rambo is the latest 80s action-hero added to Mortal Kombat 11’s impressive roster of characters, and today the first gameplay footage has been revealed. The sequence reveals a full voiceover by Silvester Stallone himself and a violent moveset that involves knives, grenades, assault rifles, and one of the most brilliant fatalities in the entire game.

Developer NetherRealm describes the character with its own synopsis in a press release:

“John J. Rambo, the former Special Forces soldier, brings his unique fighting skills to the Mortal Kombat universe, equipped with his signature survival knife for up-close encounters and compound bow for longer range targets. As an expert in hand-to-hand combat, Rambo attacks with vicious grapples and uses traps to keep his opponents guessing, combined with his brutal strength to take on any Kombatant who stands in his way.”

Mortal Kombat 11 Ultimate launches next month features the full game and all post-launch DLC. It’s available for both current and next-generation hardware, with those purchasing the former able to take advantage of a free upgrade to PS5/Xbox Series X at their leisure.

In related news, last week Rain was revealed as a returning character to Mortal Kombat.