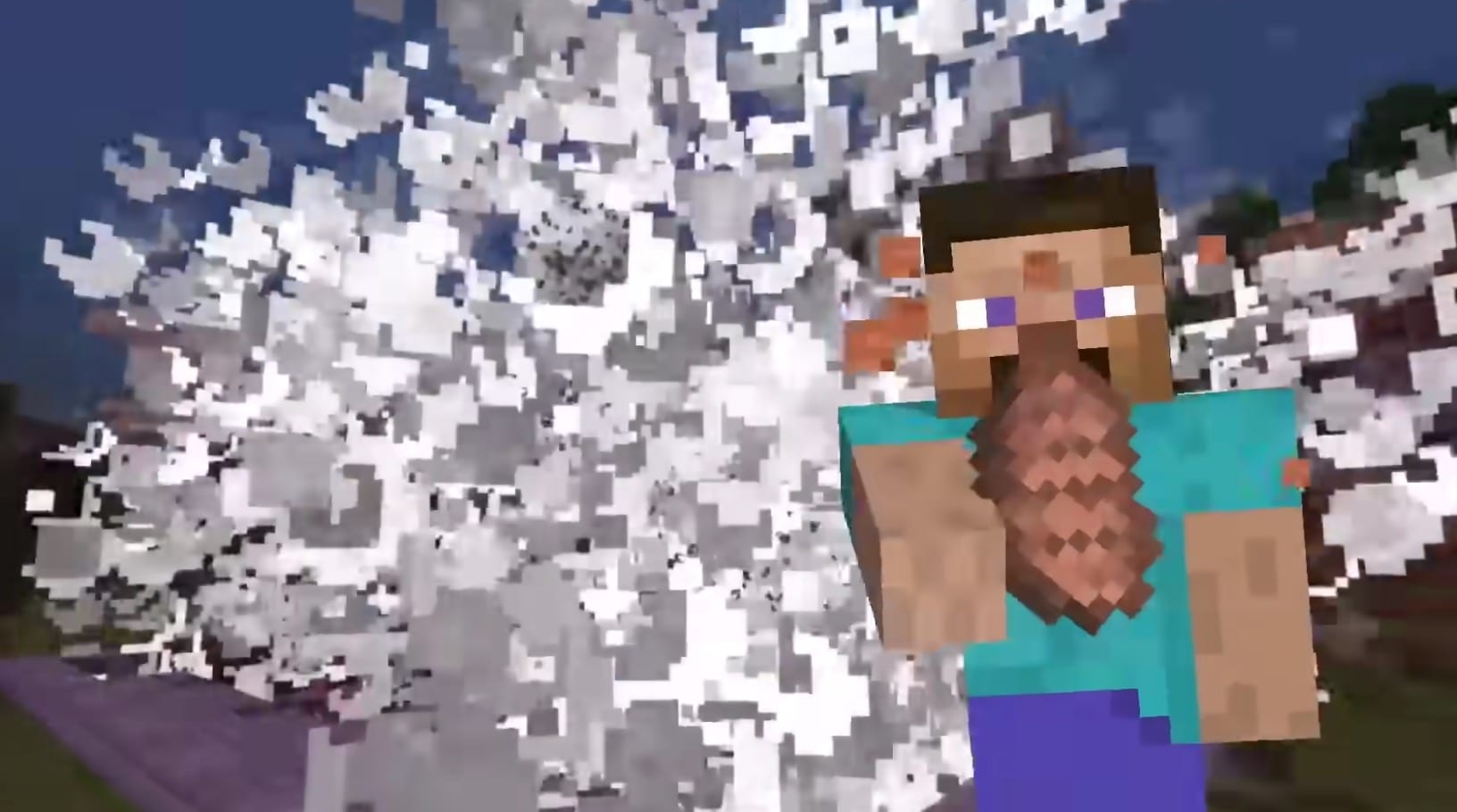 Minecraft Steve is such a strange and quirky addition to the Super Smash Bros. Ultimate roster that it makes it very difficult to decide whether he fits into the style of this crossover fighting game or not.

Past DLC characters, such as Min Min from ARMS and Joker from Persona 5, fit perfectly into the art style of Smash Bros., but seeing Minecraft’s Steve in this game still doesn’t sit right with me. He’s just made of blocks, and Nintendo didn’t make him fit into the aesthetic, but he still somehow manages to bring his own fighting style without sacrificing his original design.

Steve can use his signature Minecraft building blocks, and gather materials on any stage, to use to craft swords with differing amounts of attack power.

To properly use Steve in Super Smash Bros. Ultimate, you really have to move around the stage and avoid enemies so that you can pick up materials whenever you can, which is done by holding down B.

If you don’t have a sword in your hand, Steve can really become susceptible to attacks from opponents.

At first, playing as Minecraft Steve was a tad confusing. I didn’t know how to tell what kind of materials I had in hand and had no clue how the heck to use his up-special (recovery move) without literally plummeting to my death.

But after playing with him for a couple of dozen matches and practicing all of his wacky moves in the training room, Steve is slowly but surely becoming one of the most fun characters to come out of these paid fighters passes for Smash Bros. and most of that comes from his arsenal of tools.

For example, his down-special can materialize a TNT that can blow up if attacked enough times, causing a powerful explosion that has a wide range of affect.

There’s also a pressure plate that appears near the TNT, and you can hold the same special button to move the plate farther away from the TNT so you can detonate it safely across the stage or make someone else step on it.

Steve’s side-special brings out a minecart that can travel quickly across the battlefield, injuring those it comes in contact with. What’s immensely entertaining about this move is that you can trap foes in the minecart and send them speeding down to their death, which is always enjoyable to witness.

And if you have rare materials gathered up in your inventory, the minecart will move even faster, making it difficult for your opponents to move out of the way.

Oh, and I haven’t even touched on the block-building mechanics yet either. You can press or hold down B to create blocks that Steve can stand on, allowing him to do all sorts of things. You can quickly bring forth blocks at the end of a stage to edge-guard enemies with ease, or you can place blocks at the edge to irritate players who are working to get back to the stage.

But you have to remember to have materials to perform these actions because, if not, you can effortlessly fall to your death.

Minecraft Steve has so much going for him, and I’ve come to understand that most of his attacks can cause your adversaries to rack up their percentages super quickly, making him a character that you don’t want to come in contact with.

While Steve’s recovery isn’t too easy to use and his attacks rely on having materials gathered, he’s a strong candidate for those seeking a new Smash Bros. Ultimate main.

He might be my favorite of the DLC characters, right next to Min Min and Byleth, and will certainly add some flair to matches, both online and locally.

He spices up how I think about playing Super Smash Bros. Ultimate, and his addition will surely raise the bar for the next DLC characters. At this point, I have no clue who could come next, but the hype levels are very high now, thanks to this blocky guy.