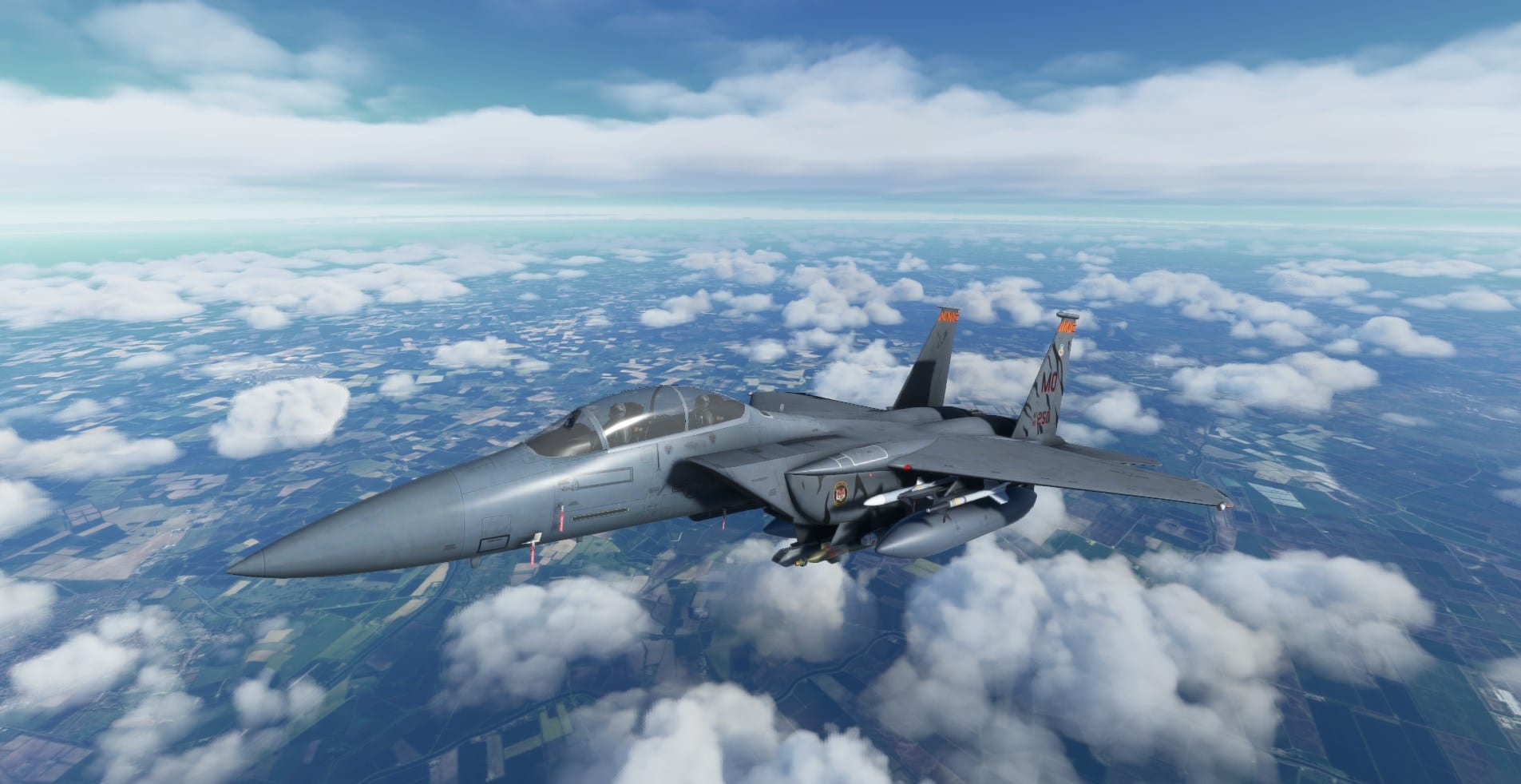 Third-party developer DC Designs provided an update about the development of the F-15 package for Microsoft Flight Simulator.

We get to see a work-in-progress version of the F-15E Strike Eagle which will be included in the package, and even a prototype version of a working HUD and afterburned effects.

You can check the new screenshots out below.

We hear about the progress directly from the developer, who predicts a November release on Just Flight and December on the official Microsoft Flight Simulator marketplace.

“Much to share this week! First off, the F-15E Strike Eagle is now flying in MSFS and looking good, with early PBR in place to match that of the F-15C. I’m having fun with metallics at the moment, however, this is not the BIG news.

The BIG news is that MSFS does not support HUDs or afterburners, right? Not if you’re DC Designs! This week, with help from other developers, we cracked working HUDs and the F-15s now have them in place. Furthermore, while afterburners in MSFS do not double thrust or fuel consumption, I have been able to successfully adapt my afterburner effects into MSFS and they’re working really well.

The afterburner rings and flames are done, I’m just working on the shockwave effects. Emissive lighting is handled by code now, so that’s another step to making the afterburners more visible during daylight. These and other breakthroughs, such as including rain-on-glass animations, mean that the F-15 Eagle package is now very much on target for a November release via Just Flight, and December for the Microsoft store after it’s been cleared by them.

The Super Hornets might just about make it to Just Flight in December, although they really need an aircraft carrier to make them worthwhile. The last major steps for the F-15s will be aerodynamics, once all animation conditions are catered for.”

We also hear that DC Designs intends to also work on vintage warbirds, with the announcement of a Republic P-47 Thunderbolt package.

“Finally, I have decided that while I wish to continue creating military packages to MSFS, I also want to venture once more into vintage aircraft. With supersonic flight not yet possible with the sim, it makes sense to focus on subsonic aircraft as well, and there’s nothing like a World War Two fighter for sound and atmosphere.

Therefore, alongside the Grumman F-14 Tomcats, I will also be working on a Republic P-47 Thunderbolt package, which will contain both the Razorback and Bubble-top variants. These will become the first in a line of WW2 fighters that I hope to release through 2021, all for MSFS. No pictures to share yet as I’m still texturing the model, but I will share them as soon as I can.”