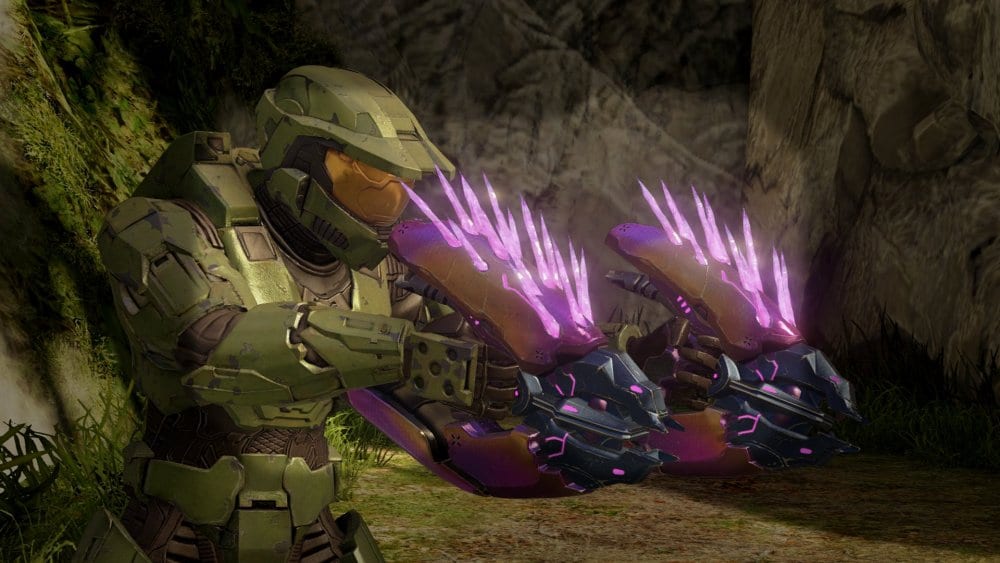 Swarovski puts their lavish crystals onto everything beyond jewelry these days: headphones, shoes, toilets, and even weapons — at least the ones straight from your favorite games.

Xbox and Nerf showed off the Halo Infinite Nerf MA40 Blaster bejeweled with 16,000 Swarovski crystals on Twitter this month, which will be given to some lucky winners that follow Xbox’s account and retweets the official contest tweet.

I’m not a part of Master Chief’s squad, nor have I ever touched a Nerf gun in my life (that I can remember), but I believe diamonds are a gamer girl’s best friend and that every video game weapon in our digital arsenal deserves to be speckled with Swarovski crystals.

Here are seven weapons Swarovski should put their precious crystals on so they could shine in battle.

The Chaos Emeralds are already as reckless as the name suggests, and Amy Rose holds absolutely no hits back with her Piko Piko Hammer when she’s angry. Therefore, the Swarovski crystals should cover every inch of her mighty mallet from the handle to the head.

If diamonds are a girl’s best friend, as Marilyn Monroe once sang, the crystals will definitely give Amy’s hammer an even bigger advantage against Eggman and his robots. Just don’t let Rouge anywhere near it.

Sora’s trusty signature Keyblade already has a gold handle, so it would make sense to add crystals to the blade itself as well as the Mickey Mouse keychain that hangs from it.

Other Keyblades in the series often look otherwordly, with lots of smooth lines and crazy colors or strange shapes, whereas the Kingdom Key is comparatively plain, so Swarovski should make it shine as much as it does when it magically appears in Sora’s hand.

Cloud’s Buster Sword is so gargantuan in size there may be more room for a few thousand crystals to complement the two Materia orbs placed inside it.

Sly Cooper steals treasure from the world’s greatest criminal minds, even a few jewels on occasion, so a hooked cane bejeweled with Swarovski crystals would be a fitting weapon for the Master Thief.

I wonder what his ancestors would think about Sly adding so much bling to the very thing that’s been in the Cooper family for generations.

The Master Sword is a legendary weapon meant to fight against all the evil forces terrorizing Hyrule at every turn, but with the addition of a copious amount of Swarovski jewels, it could very well be Princess Zelda’s sword of state.

Link normally isn’t one for flashy weapons, which says a lot considering the Rupees he collects and trades as currency are gems, but the crystals will at least make a statement about his good fortune.

Since the Masamune is an evil blade that drives its wielders to insanity and is responsible for all the tragedies in Chrono Cross, the Swarovski crystals might make it even more dangerous than if it had blood diamonds.

While the sword already has a dark aesthetic going for it, the diamonds accentuating the darkest parts wouldn’t go amiss. They wouldn’t make it any less evil-looking, but it would make it stand out that much more.

The addition of the Needler may look like cheating since the Covenant’s most outlandish weapon comes already pre-jeweled with pink crystal ammunition that takes the appearance of porcupine needles, hence its name.

Aside from the unusual ammo, the Needler itself looks plain enough to be the Covenant’s basic purple chic. There’s plenty more space for some additional crystals, even if they have to be pink to match.