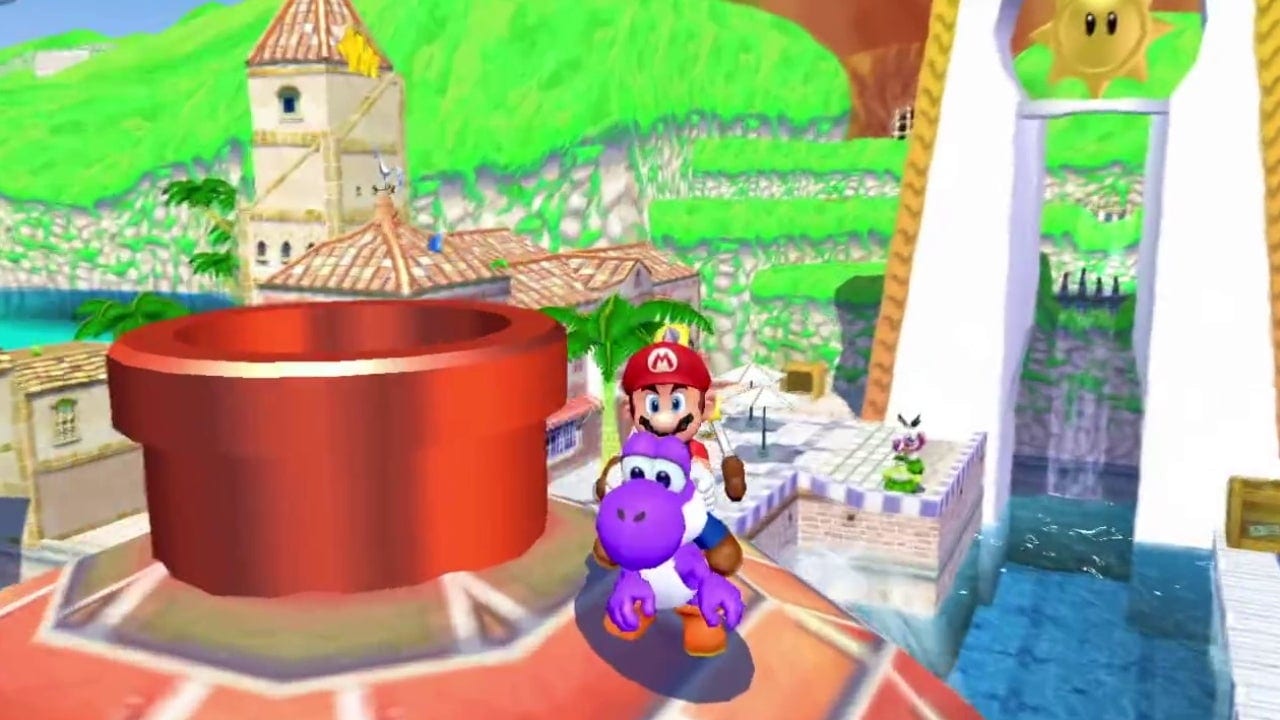 Getting Yoshi in Mario Sunshine

To get Yoshi, you must first complete episode 4 of the Pinna Park stage, then rescue the Yoshi Egg from Shadow Mario in Delfino Plaza.

To beat Shadow Mario, you’ll need to chase around after him and hit him with your Fludd jets. He’ll begin flashing red as he takes damage, knowing you’re close to finishing him off.

After beating Shadow Mario, the Yoshi Egg will ask for a random type of fruit. Fruit can be found on trees, scattered throughout the stages and world.

Bring the fruit back to the Yoshi Egg and you’ll then be able to use Yoshi within Delfino Plaza. Some Yoshi Eggs also appear in a handful of Mario Sunshine’s episodes, and again require a specific type of fruit to hatch.

Yoshi can be used to solve puzzles, or get a few additional blue coins. You can ride him by jumping onto his back, and can hover in the air by pressing the A button again. He also has a ground pound attack which can be used by pressing the L button when in mid-air.

That’s everything you need to know on how to get Yoshi in Super Mario Sunshine, as well as how to use him. For more Super Mario 3D All-Stars coverage, be sure to check out the links below.