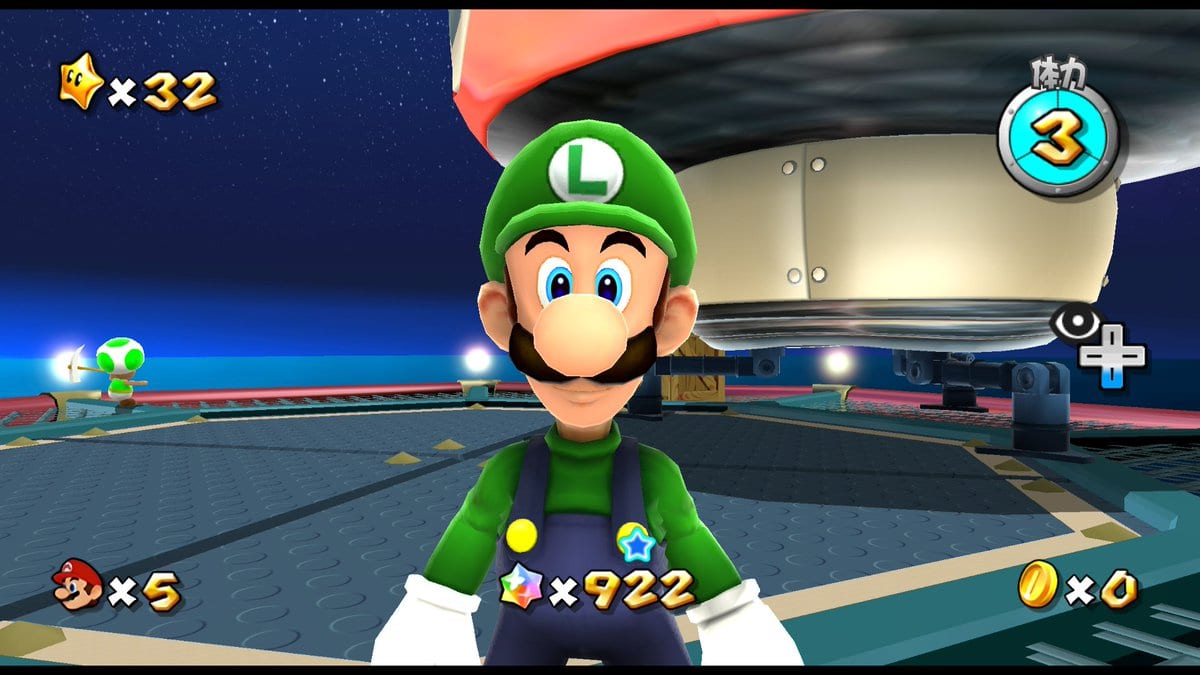 With the release of Super Mario 3D All-Stars on the Nintendo Switch, fans can once again relive the magic of the classic Wii title, Super Mario Galaxy. With some spruced up visuals and other minor quality-of-life tweaks, the game plays better than ever and you’ll no doubt spend hours on end seeking out every last star you can find. While the titular plumber may be in the game’s title, some other fans may prefer the protagonist in green. And you know what, you’re in luck! In this guide, we’ll talk you through how to play as Luigi in Super Mario Galaxy.

To unlock Luigi, you must first find all 120 Stars with Mario. This includes three green stars which unlock three trial galaxies.

After doing this and having beaten Bowser the first time, speak to Rosalina.

Once the credits have finished again, you’ll have a message pop-up on screen telling you that Luigi is now a playable character. You’ll now have access to ‘Super Luigi Galaxy.’

Playing as Luigi in Mario Galaxy

In Super Luigi Galaxy as the game aptly coins it, players will have to play through the entirety of the game and get all 120 Stars again.

Luigi plays a little different to Mario in Super Mario Galaxy. We’ve listed the differences below:

What Happens After You Get All 120 Stars with Luigi?

After collecting all 120 Stars with Luigi, speak to Luma and say you want to go to the Grand Finale Galaxy.

Here, you’ll be able to get the 121st and final Star in the game, but be prepared for a serious challenge.

You’ll need to collect 100 Purple Coins, dotted throughout the level. A quick hint, if you’re stuck on 99 Purple Coins, you can find the 100th on top of the Starshroom Ship by backflipping up to it.

That’s everything you need to know on playing as Luigi in Super Mario Galaxy. For more tips, tricks, and guides on Super Mario 3D All-Stars‘ trio of games, you can check out more of our coverage below.