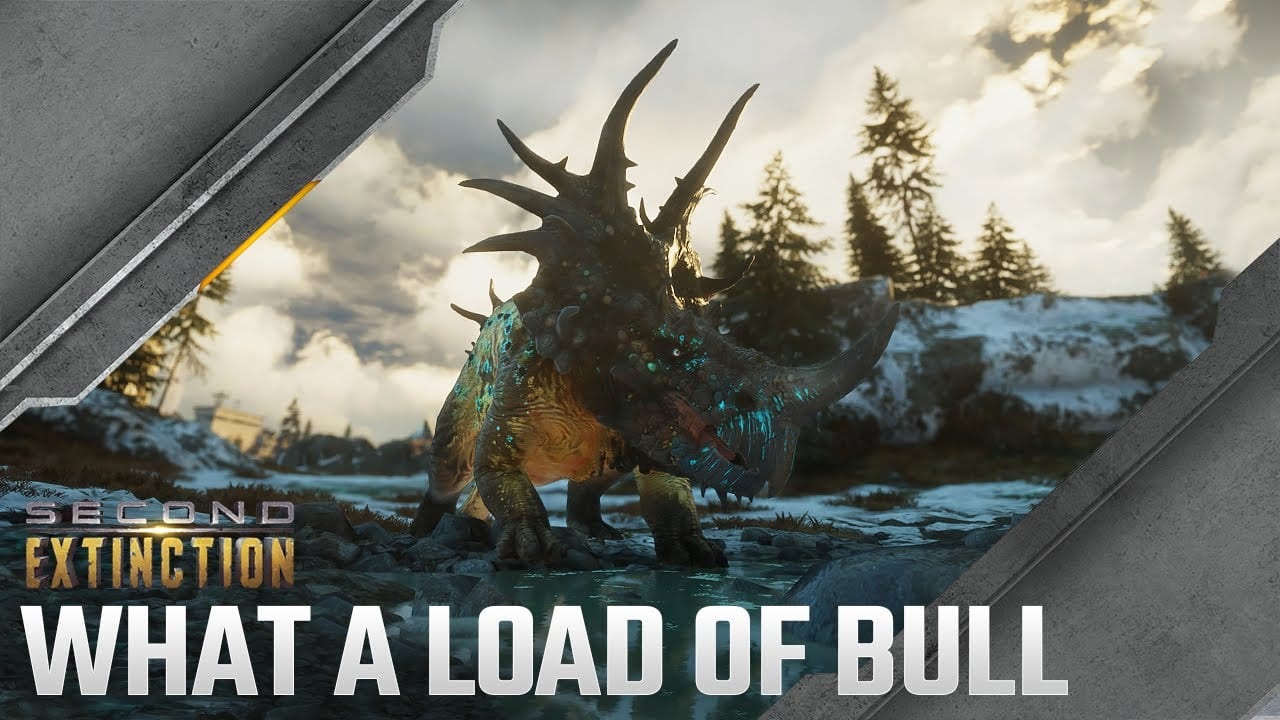 The video includes a cameo by Duke Nukem voice Jon St. John as he tries to describe the dinosaur featured.

Since it actually doesn’t say what it is, I’ll tell you. It’s a Styracosaurus. And no, I did not need to google it.

The game is heading to early access on Steam, with a launch window in September.

If you’re unfamiliar with Second Extinction, here’s a handy list of features.

The game was originally revealed back in May, and you can also check out some gameplay, another trailer, and one more.