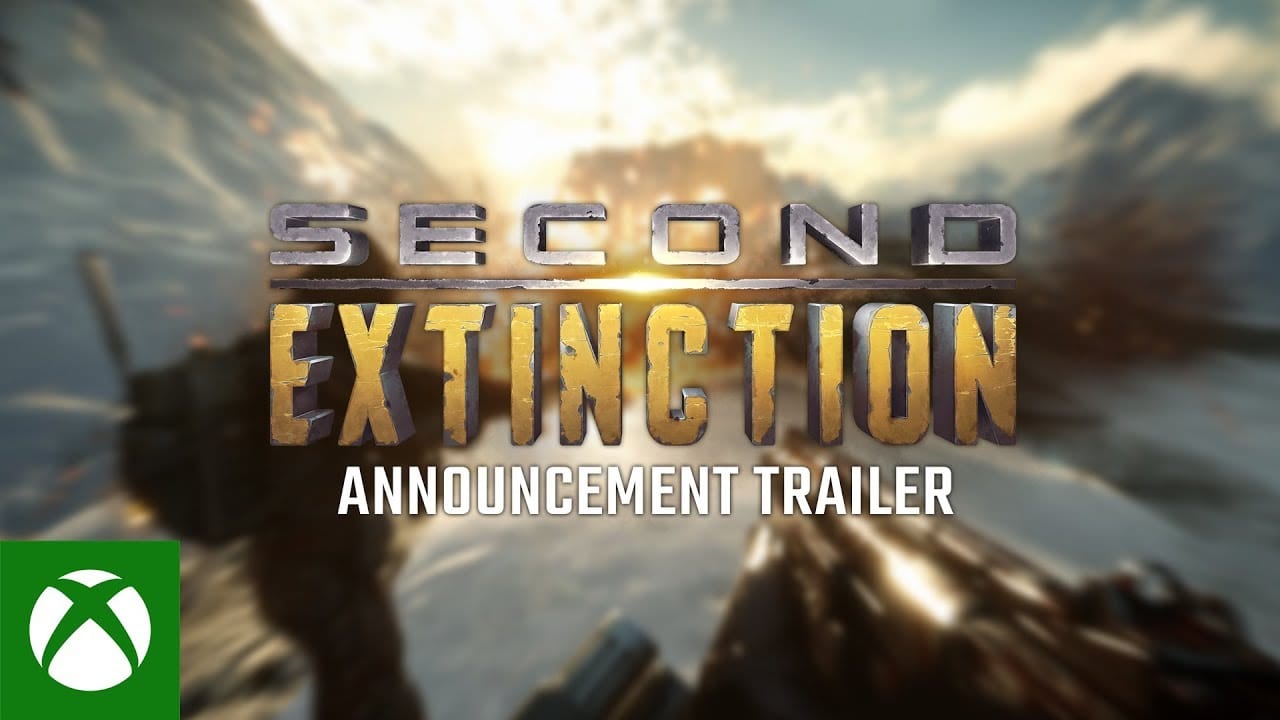 Am I crazy or wasn’t there a time in gaming where we shot dinosaurs as often as we did Nazis? Nowadays it feels rare but Second Extinction, revealed today during the Xbox Series X First Look At Gameplay livestream, intends to take a step in correcting this inbalance.

Like most of the stream today, the look into actual gameplay was quite brief but from what we can gather from what we saw, and what the trailer description tells us, is that Second Extinction appears to be some kind of co-op FPS dinosaur shooting game where you need to survive from hordes of dinosaurs. Or at the very least, hordes of Raptor-looking dinosaurs.

Here’s the official description of Second Extinction, and you can see the trailer if you missed it for yourself below.

Second Extinction is an intense 3 player co-op FPS, where you work as a team to take down large groups of savage mutated dinosaurs. Fight through a maelstrom of bullets, bombs, teeth, claws and gore, it’s up to you to reclaim Earth!

That’s pretty much all we have to go off of here. There’s no way to tell yet if this a story-driven game, or something more akin to Left 4 Dead or a similar horde-mode like game. Other gameplay details such as if there are any classes or weapon specializations are also up in the air as of right now.

So like most of the games from the stream today, speculate away!

No release date or window was given for Second Extinction during the stream, nor was it confirmed if it was exclusive in any way.