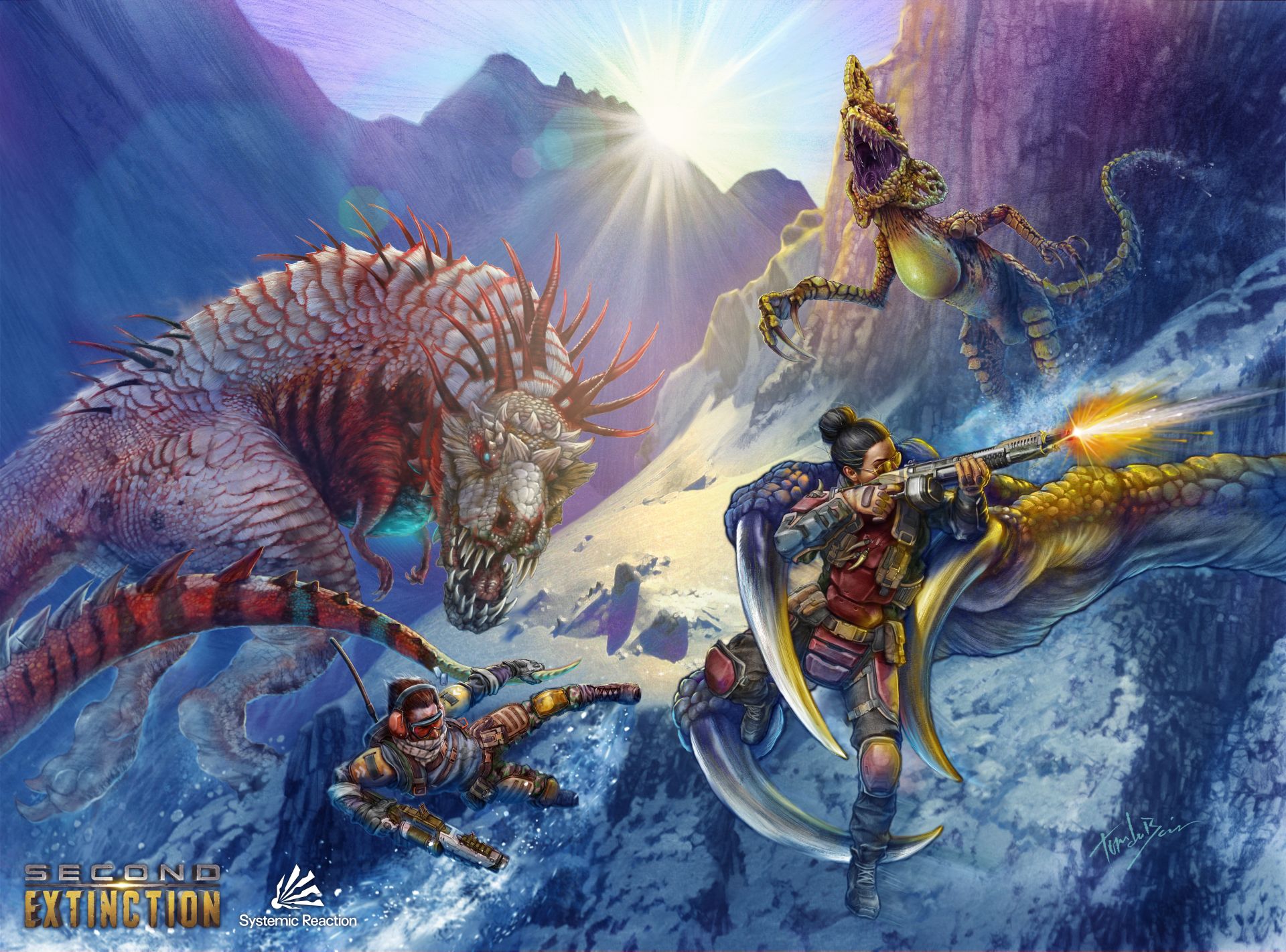 We also get new screenshots and a look at the cover art drawn by Tom duBois, known for the box art of several Konami games.

On top of seeing the cover in static form, we also get to see a video in which duBois draws it.

Here’s what we can expect during the early access.

If you’re unfamiliar with Second Extinction, here’s a handy list of features.

The game will also come to Xbox Series X and Xbox One and was originally revealed back in May. You can also check out some gameplay, another trailer, and one more.