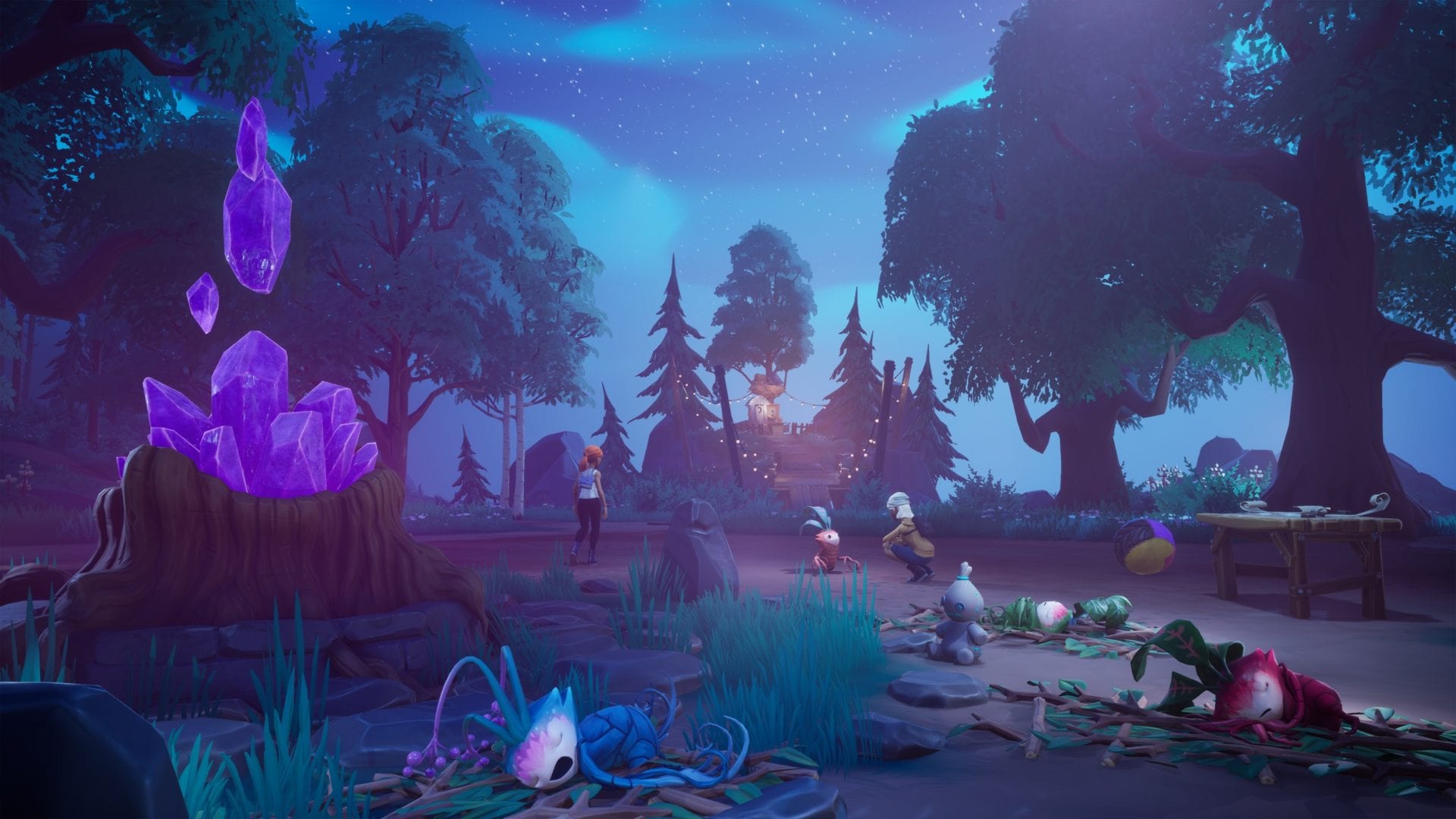 Developer The Molasses Flood has today announced that it will launch its cooperative action village-building game Drake Hollow on Steam and the Microsoft Store for Windows next week, Oct. 1.

Forrest Dowling, CEO and Creative Director for The Molasses Flood,

“Hundreds of thousands of Drake Hollow players on Xbox have had a chance to experience something pretty unique in the world of games: the opportunity to care for something other than yourself.

Our aim was to create a game experience that brims with heart, is both musically and visually enticing, and has at its core rock-solid systems-based gameplay. We hope players find Drake Hollow to be as fun and unique as we designed it to be!”

In Drake Hollow, players operate either solo or work together in teams of four co-operatively to build and defend villages of Drakes, the lovable, local vegetable folk. ‘Drake Hollow’ refers to the name of its otherworldly location.

As players explore the wilderness and set up valuable supply routes to bring essentials back to camp, they’ll rescue and protect a variety of Drakes from a menagerie of feral beasts to earn unique skills and player enhancing buffs.

You can check out the game’s (Xbox One) launch trailer from earlier this summer below:

Drake Hollow was first announced during Microsoft’s X019 Showcase and later launched on Xbox One earlier this summer.