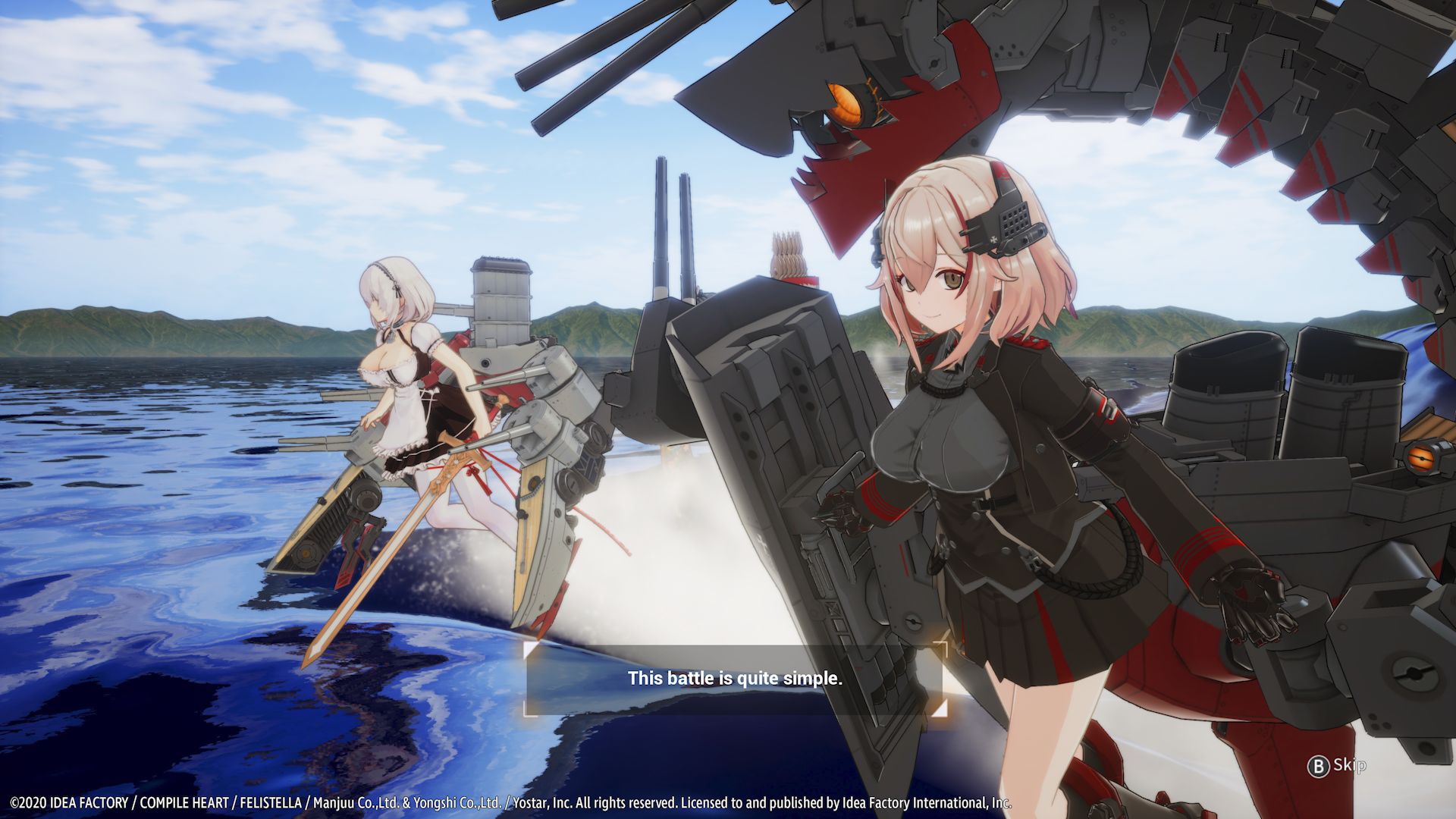 Today Idea Factory International released new images and details of one of the DLC packages coming for Azur Lane: Crosswave.

We get to take a better look at Roon, who will come with her own story chapter and three support shipgirls, Graf Zepplin, Deutschland, and Admiral Graf Spee.

Here are some details about the new story.

Roon was spending her days happily at the Iron Blood Academy. She’s very talented, so much that she can stop a rigging with her bare hands. It was a comfortable, peaceful time. Yet, Roon was starting to get bored of this…

After the Sirens had attacked, her innate desire to fight was awakened within her. Someone had even noticed this trait, and was keeping an eye on it–

Who will end up staring down the barrel of Roon’s gun?

You can check her out below, including a glimpse at the localization.

Roon will release alongside four more DLC on October 5 for PS4 and PC via Steam and each package will cost $7.99.

You can also save 15% on the pricing by purchasing the Azur Lane: Crosswave Character Bundle, which includes all five DLC for $33.95.

It’s worth mentioning that the game has been announced for Nintendo Switch in Japan, but Idea Factory International hasn’t said a word yet about a western release for Nintendo’s console. We’ll have to wait for further news on that.

If you want to learn more about Azur Lane: Crosswave, which is currently available for PS4 and PC, you should definitely read the interview we published a while ago and our review.