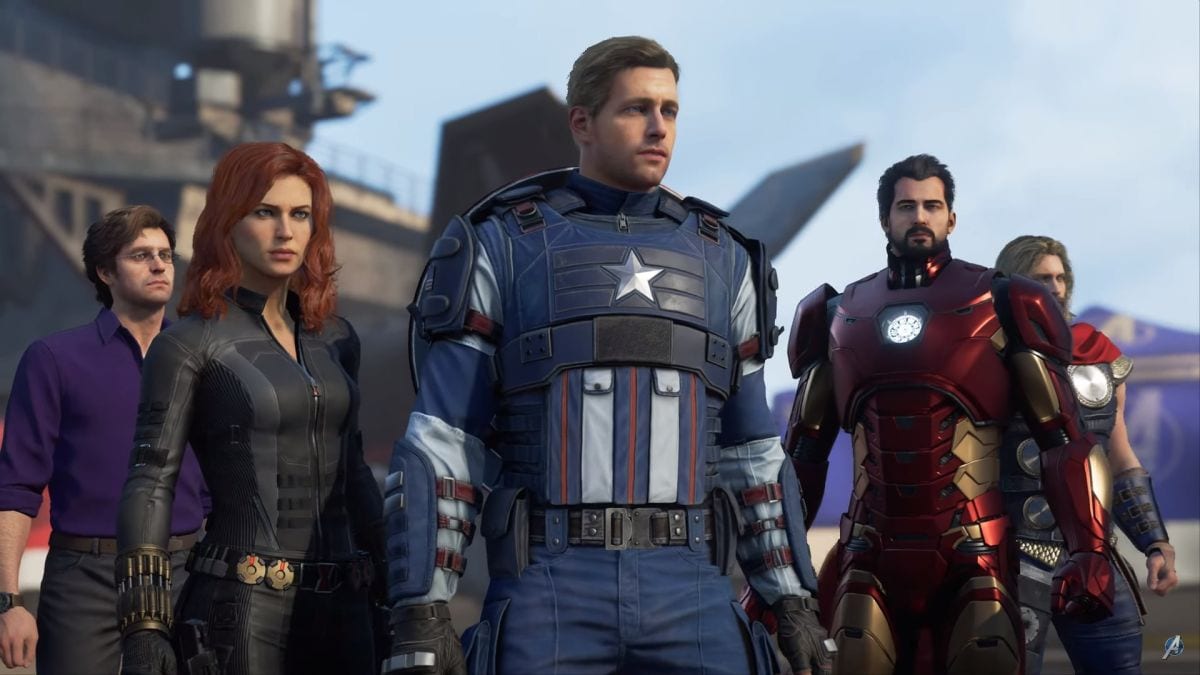 Marvel’s mightiest heroes, The Avengers, have been on quite a journey in comics, movies, and now a major video game. A lot happens during the campaign of Marvel’s Avengers, and even some of the hardcore fans might be left scratching their head at the ending. So let’s explain the ending of Marvel’s Avengers and its post-credit scene.

Note that his article will have spoilers regarding various plot points and the end of Marvel’s Avengers. If you somehow ended up on this page, don’t read any further if you want to experience this for yourself.

So for the majority of the game, you are facing off against George Tarleton, also known later as M.O.D.O.K and his assistant Monica Rappaccini. Once you enter the final fight against M.O.D.O.K, he summons a giant statue from the San Francisco bay.

This may seem out a left field, and for the most part, it is. That statue is a Kree Sentry, which is an alien race recently seen in the Captain Marvel movie if you’re familiar.

This has many implications for the future of the game.

While the sentry is ultimately defeated and disposed of, after the credits, we’re treated to a small cutscene that shows a small vessel bust out of the sentries’ chest that then flies into space.

This could very well be a signal to the Kree, which implies that not only will the Kree be coming to Earth, but that Captain Marvel may make an appearance in the game sooner rather than later.

There’s one other loose end that Marvel’s Avengers ties up post-credits as well. Much earlier in the game, M.O.D.O.K learns that Monica has been siphoning cells from Captain America to create her regenerative formula to cure the Inhumans.

It’s also the same formula that she used to save George’s life, and what ultimately turned him into M.O.D.O.K. He is furious that she injected him with a super hero’s cells and injects her with them as punishment.

We last see Monica writhing in pain on the floor of the lab. However, post-credits we see her as the new leader of A.I.M, which is the organization that her and George ran together to kill all of the Inhumans.

So how did Monica survive? Well, the running theory currently is she used the powers of an Inhuman they had in the lab who could clone themselves.

Very early on, Monica and George are having a conversation about an Inhuman they are studying who can clone, but the clone will have Heterochromia.

The last shot we see of Monica both of her eyes are different colors, thus leading to the idea that she somehow used this Inhuman to clone herself.

For those unfamiliar in the comics, Monica Rappaccini is also known as Super Scientist. When all is said and done, the leader of S.H.I.E.L.D, Mariah Hill, tells you that A.I.M has a new leader, which we as the player know to be Monica.

That’s our explanation of the ending of Marvel’s Avengers. For more tips, tricks, and guides, be sure to check out our extensive Avenger’s Wiki.