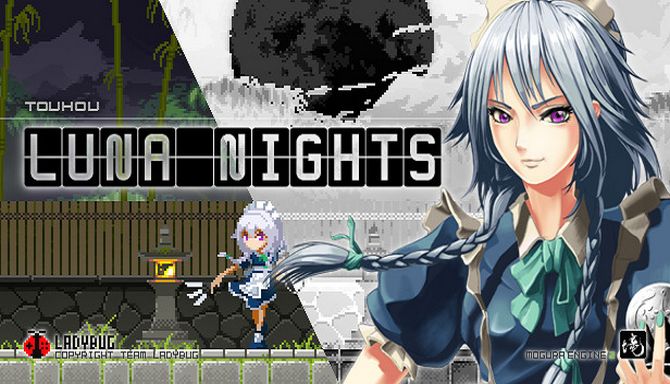 Today Active Gaming Media and Vaka announced that Team Ladybug’s Touhou Luna Nights is coming soon to Xbox One and the Microsoft Store for PC.

The game was originally released on Steam in 2019, where it still has “overwhelmingly positive” user reviews.

It’s an adorable 2D pixel art Metroidvania game from the team that also went on to develop Record of Lodoss War: Deedlit in Wonder Labyrinth.

The release for Xbox One and the Windows Store will happen on September 3 and pre-orders opened today.

Interestingly, this port will include “an extra boss battle against Cirno not available in the original Steam version.”

If you’re unfamiliar with the game, you can check out a batch of screenshots and an official description below.

The protagonist is a recurring Touhou Project character, Sakuya Izayoi. Remilia Scarlet, head vampire of the Scarlet Devil Mansion sends her maid Sakuya Izayoi with no warning to a world much like Gensokyo, but not quite. With no choice but to search for a way out of this strange world of Luna Nights, Sakuya begins her journey.

The action in this title is heavily based around Sakuya’s inherent ability to stop time and her skills with throwing knives, all expressed through stunning sprite animations. Aside from this there is the well known Touhou Project Graze system where you can avoid enemy attacks just in time to restore HP and MP and promote an exhilarating style of gameplay”